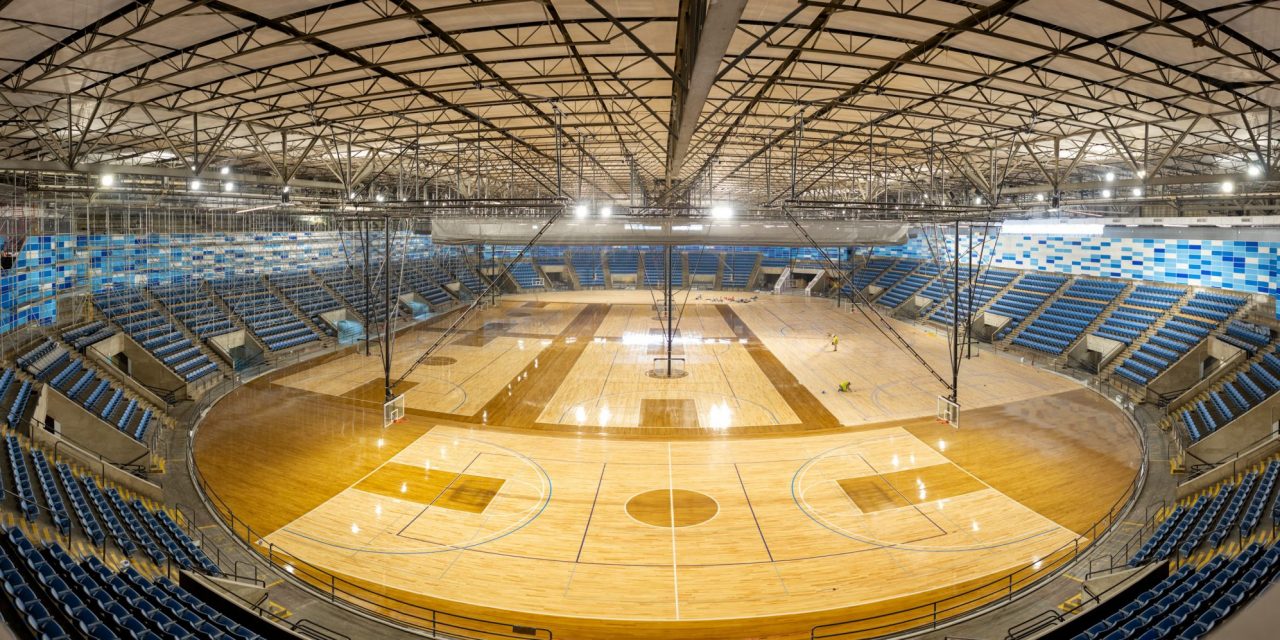 Hy-Vee Arena, home to NBA and NHL teams when it was Kemper Arena, now provides playing space for residents plus regional and national youth tournaments. (Courtesy Hy-Vee Arena) Renovated Hy-Vee Arena provides Kansas City with a new place to play KANSAS CITY, Mo. — For Alfonso Hayes and those who play in his Ball Up Sporting adult basketball program, the recently renovated Hy-Vee Arena provides more than just a warm, dry location to play the game they love. “It’s a central place,” he said on a recent early spring day as he watched a pickup game drift up and down one of the building’s numerous open courts. “It’s become more like a community.” That is precisely what developer Steve Foutch had in mind five years ago when he first considered buying and renovating long-neglected Kemper Arena, for 33 years Kansas City’s primary arena, in the West Bottoms neighborhood southwest of […]
To access this post, you must purchase Subscribe to VenuesNow – 1 Year, Subscribe to VenuesNow – 2 Years or Subscribe to VenuesNow – 3 Years. If you are already a member of VenuesNow, please login here: log in