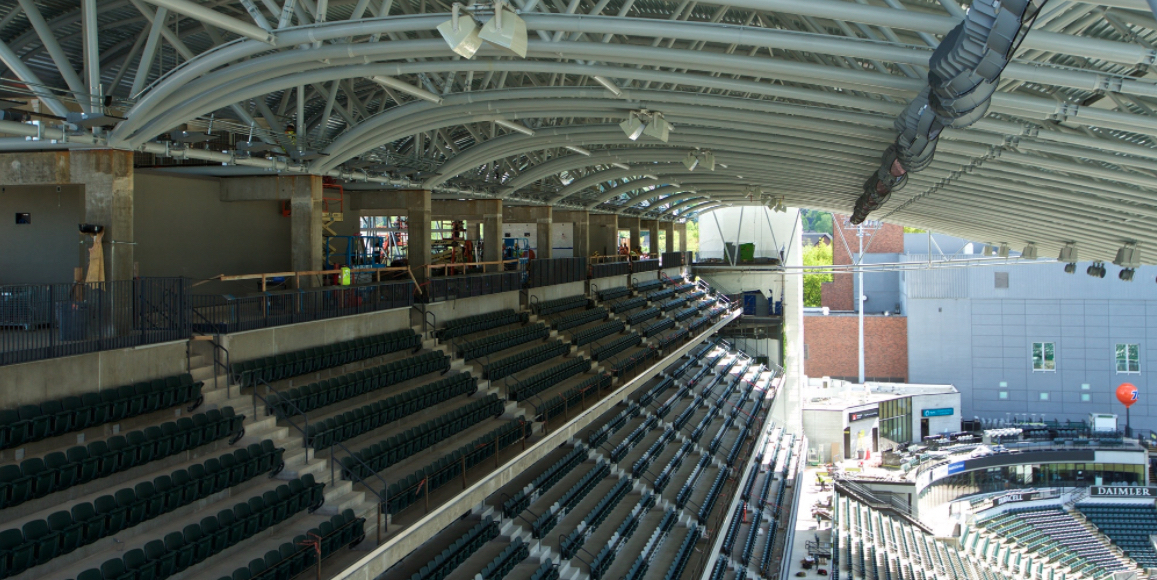 The three-level east stand at Providence Park will open for the Timbers’ June 1 game. (Craig Mitchelldyer / Portland Timbers and Thorns FC) Three-story addition part of Providence Park renovations about to debut Twelve games into the 2019 Major League Soccer season and the Portland Timbers will still not have played a home match. That all changes with the June 1 reopening of Providence Park, the downtown Portland home of the Timbers and the National Women’s Soccer League Portland Thorns. The reopening comes with 4,000 new seats from a recently finished three-level east stand, but also includes a refresh of the existing concourse and a new marketplace at one of the venue’s major entrances. Construction on the privately financed $85 million project kicked off at Providence Park after the 2017 season. Work continued during 2018, forcing the rerouting of fans and the closure of a portion of the already tight confines. […]
To access this post, you must purchase Subscribe to VenuesNow – 1 Year, Subscribe to VenuesNow – 2 Years or Subscribe to VenuesNow – 3 Years. If you are already a member of VenuesNow, please login here: log in