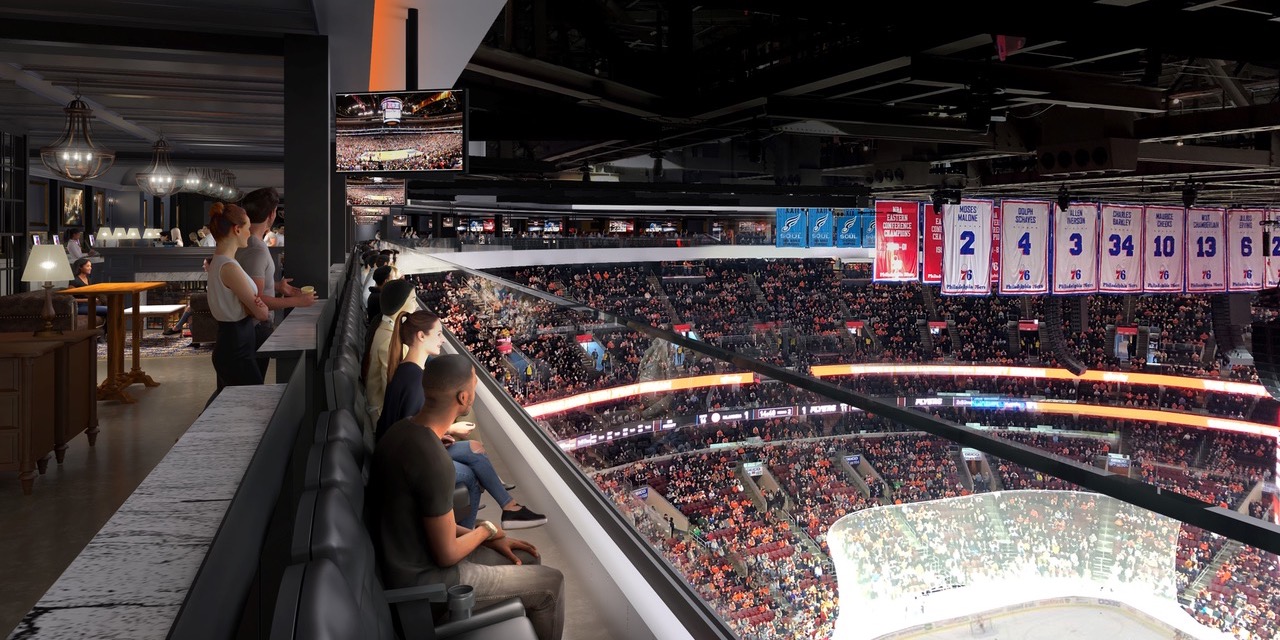 Comcast Spectacor is selling seats on Revolutionary Row, shown in a rendering, for roughly $5,000 apiece. Tickets to all Philadelphia Flyers and 76ers home games are included. (Courtesy Comcast Spectacor) Revolutionary Row, Liberty Lofts will replace high-up suites Wells Fargo Center officials are revamping the arena’s upper deck to feature Revolutionary Row, a new premium seat product sold as a combination ticket for fans of the NHL’s Philadelphia Flyers and the NBA’s 76ers for the coming season. The retrofit on Level 7, known as the balcony level, is tied to 280 seats that were previously front-row locations in suites at the top of the building. Wells Fargo Center had 26 of those suites when it opened in 1996. It was among the last big league arenas to position suites at the top of the highest level.  Over time, those units became a “distressed product” and often went unsold, said officials […]
To access this post, you must purchase Subscribe to VenuesNow – 1 Year, Subscribe to VenuesNow – 2 Years or Subscribe to VenuesNow – 3 Years. If you are already a member of VenuesNow, please login here: log in