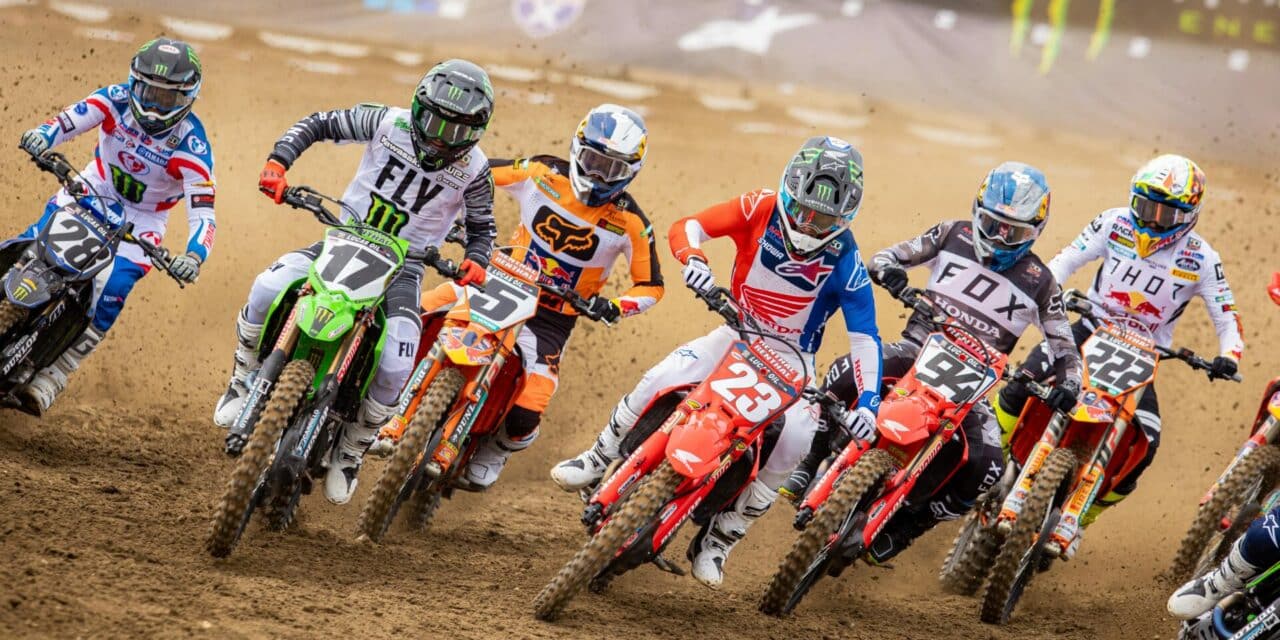 Event At L.A. Coliseum Will Mark 50 Years Since Supercross Debuted There

The first SuperMotocross World Championship will be a return to the sport’s roots when it comes to Los Angeles Memorial Coliseum on Oct. 14, 2023.

The first Supercross race was held at the historic stadium in 1972 and the AMA Supercross Championship series was launched in 1974.

“In the early ‘70s, if you wanted to see a motocross race you had to go to the desert,” Joe Furin, general manager of the Coliseum, said in an email exchange. “Bringing it inside of a stadium in 1973 launched a movement that is still going strong today.”

The Supercross season begins in January, usually at Angel Stadium in Anaheim, Calif., and ends in May, typically at Rice-Eccles Stadium in Salt Lake City, Utah, while the Motocross season starts in May and concludes in August.

Both leagues will continue to crown their respective champion before moving on to the SuperMotocross World Championship.

“It really goes back to when we acquired motorsports from Live Nation in 2008,” said Kenneth Feld, chair and CEO of Feld Entertainment, Inc. “The first season was 2009 and we’ve always had 17 races and it’s great, but I had always thought, ‘How can we grow this, how can you grow the sport and get more people engaged with it?’”

Many of the same athletes and teams compete in both series and use similar equipment, although Supercross takes place in stadiums and Motocross largely happens in settings like parks, making for a big difference in terrain, he said.

“We’re going to find out in 2023 who is greatest athlete in both of these disciplines,” Feld said. “It will be 31 events in total.”

“We think this is the way to grow it,” Feld said, explaining that the tracks for the Supercross playoffs will be hybrid Supercross-Motocross versions. “It creates a lot of excitement. You’ve got a real concentrated 31 events for fans to get engaged with athletes in a way they’ve never had before. I think it will take it to a new level.”

The emergence of streaming during the pandemic years is a trend that offers another opportunity to extend dirt bike racing’s appeal to new fans, he said.

Feld feels strongly about the appeal of the sport to first-time attendees who often become fans after a single visit.

“I had never seen Supercross before I owned it,” he said. “A little risky, I guess, but I was just blown away.”

He said working with Carrie Coombs-Russell, CEO of MX Sports Pro Racing, and like him a second-generation operator of a business started by her father, has been a positive experience, he said.

“We have a long-term view of what it is and what it can be,” he said. “We going to develop one of the greatest sports in the world by doing this. We’re doing this to have one and one equal two. We want one and one to equal 10 by the time we get done.”

Furin said in a “worst-case scenario” of USC football having a game the weekend before and the weekend after the event would leave a week before and a week after to get the whole affair in and out of the Coliseum.

“The weekend of October 14, 2023 for the World Championship was done because we know the Trojans are on the road (against Notre Dame), which gives us at least a 14-day window to work with,” Furin said.

Dave Prater, Feld Motorsports’ vice president of Supercross, said the cooperation between the two circuits will extend to media rights, streaming and sponsorships.

“Collectively, the two organizations have such a vast amount of knowledge in the racing space in general, (the cooperation) is going to reach every aspect and every area of the business. It only makes sense to combine the Supercross and Motocross seasons and really come up with SuperMotocross World Champion and settle one and for all who really is the best rider.”

As for the venue, Furin understandably feels the Coliseum is ideal, given the 50th anniversary of Supercross originating at the stadium as it celebrates its 100th anniversary of hosting almost 5,000 events and welcoming nearly 122 million visitors

‘It’s a script made for Hollywood,” he said. “For a sport trying something new, long-time fans can vividly recall bikes racing across the field, through the historic peristyle and the death-defying jump to the floor of the Coliseum. No one had seen anything like it. The 2023 SuperMotocross World Championship is set up to be another signature event for a stadium that’s also hosted the Olympics, Super Bowls, a World Series, Evel Knievel, Heisman Trophy winners and NASCAR.”