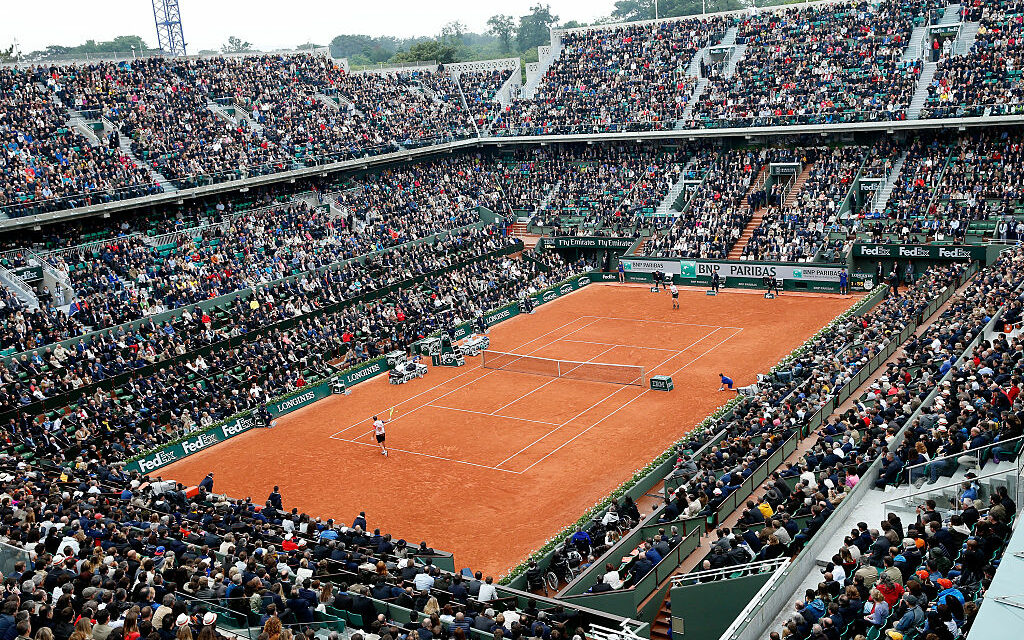 Game, set match for Sodexo Live! which was named the exclusive marketing partner for Roland-Garros and the Rolex Paris Masters hospitality programs by the French Tennis Federation (FFT).

The multi-year agreement begins in 2023 with goal of enhancing the international reputation of both Paris-based tournaments and driving in-person attendance with custom hospitality programs that super serve international tennis enthusiasts.

“Our strategy really is to make sure that we provide our guests a 360-degree experience that is as memorable as possible,” said Sélima Ayoub, who oversees global strategy for Sodexo Live! “As part of this endeavor, we are aiming to make sure that we have a stake on a broad number of services because we think we can enhance the experience if we control more than just the food part.”

The partnership falls under the auspices of the Sports, Travel & Hospitality (STH) division of Sodexo Live!, which has international expertise in designing and marketing hospitality programs for numerous sporting events including the Australian Open, and the last five Rugby World Cups. But Sodexo Live!’s relationship with the sport can be traced back to Nathalie Bellon-Szabo, CEO worldwide of Sodexo Live!

“From the outset, Nathalie Bellon’s late father Pierre, who started Sodexo, was an avid tennis player, not a professional player but an amateur who was passionate about tennis,” Ayoub said. “He would try to provide any help to clients in the tennis world so we started providing food service within Roland-Garros and have been operating that for about 20 years.”

Until this agreement, the French Tennis Federation held tickets aside for VIP experiences with Roland-Garros and the Paris Masters that they sold themselves or in very limited partnerships including Factory Sport & Entertainment, led by CEO and French tennis star Jo-Wilfried Tsonga, and Quarterback group. The French Tennis Federation has increased the number of packages and Factory and Outback will now operate in tandem selling packages with the same pricing in France, and Sodexo Live! will also sell internationally, with the U.S. a strong marketing focus.

Sodexo Live! will be selling between 25,000 and 30,000 packages at the two events with central court seating and other amenities. Single tickets without the add-ons will still be available.

The new agreement places Sodexo Live! at the center of providing premium hospitality packages for both the clay courts at Roland-Garros for the French Open at Stade Roland Garros, and the covered Rolex Paris Masters at AccorHotels Arena. Tennis fans will now have the option of extending their experience at both tournaments with easier access to iconic venues like Le Jules Verne and Madame Brasserie at the Eiffel Tower, as well as the Yachts de Paris and Bateaux Parisiens on the Seine, which are also served by Sodexo Live!.

“We can package a whole, week-long experience in Paris that is tailored to the needs of the guest, to make for an incredible, world-class experience,” added Ayoub.

Attention on major sporting events in Paris and France is growing with the Rugby World Cup planned for 2023 and the Olympics in 2024, and Sodexo Live! will play important roles in both.

“I would like to thank the FFT for its trust, as its backs our strategy through which we serve our customers from the sports industry,” said Bellon-Szabo in a statement. “Our ambition is to develop our ticketing and hospitality services and to attract new customers thanks to a full experience designed from end-to-end within sports venues around the world, in addition to the services we already offer. This will enable them to offer their audiences a more immersive and memorable experience.”