NFL, Populous Get Creative With Logistics 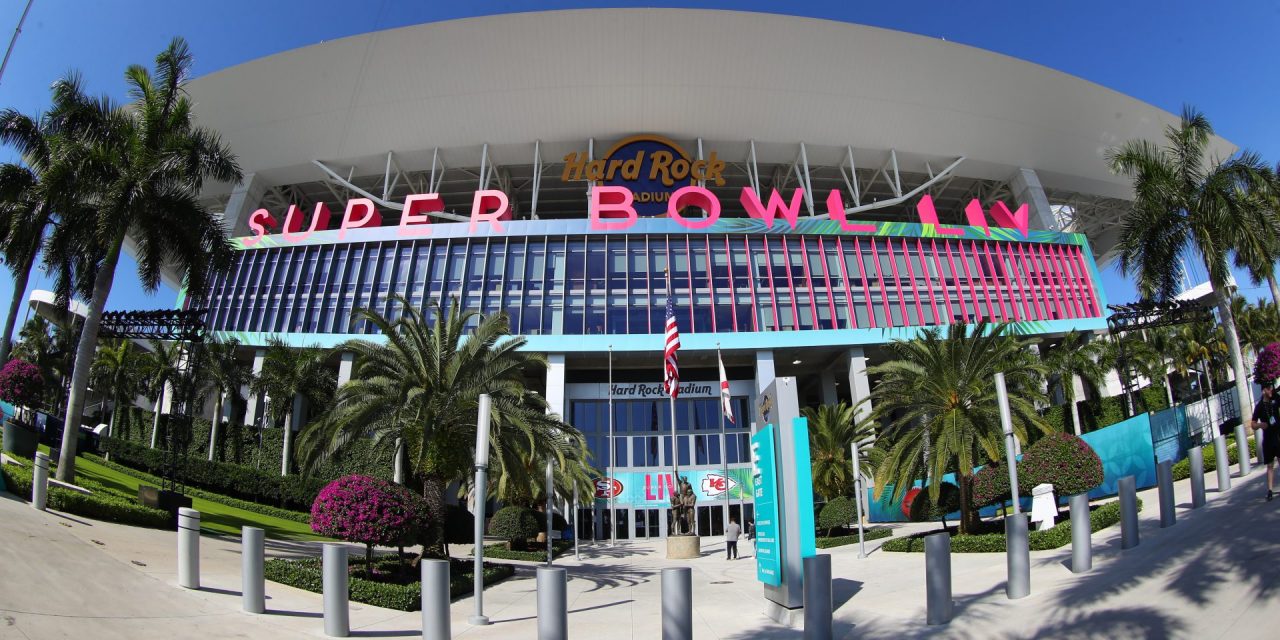 ROOM TO MANEUVER: Hard Rock Stadium in Miami Gardens, Fla., the site of Sunday’s Super Bowl, sits on a 275-acre site. (Getty Images) Hard Rock Stadium site provides ample space with a few twists The Super Bowl returns to South Florida for the first time since 2010, and recent developments to the expansive property surrounding Hard Rock Stadium have led to some creative planning for Sunday’s 54th edition of the game. The 275-acre site gives the NFL and Populous, the league’s logistical consultant, ample space to work with for the most part, but the relocation of the Miami Open tennis tournament in 2019 to Hard Rock Stadium resulted in adjustments for pro football’s crown jewel event. In addition, the Miami Dolphins, whose owner, Stephen Ross, owns the stadium and land surrounding the building in Miami Gardens, Fla., are constructing a $135 million practice facility west of the venue that will […]
To access this post, you must purchase Subscribe to VenuesNow – 1 Year, Subscribe to VenuesNow – 2 Years or Subscribe to VenuesNow – 3 Years. If you are already a member of VenuesNow, please login here: log in