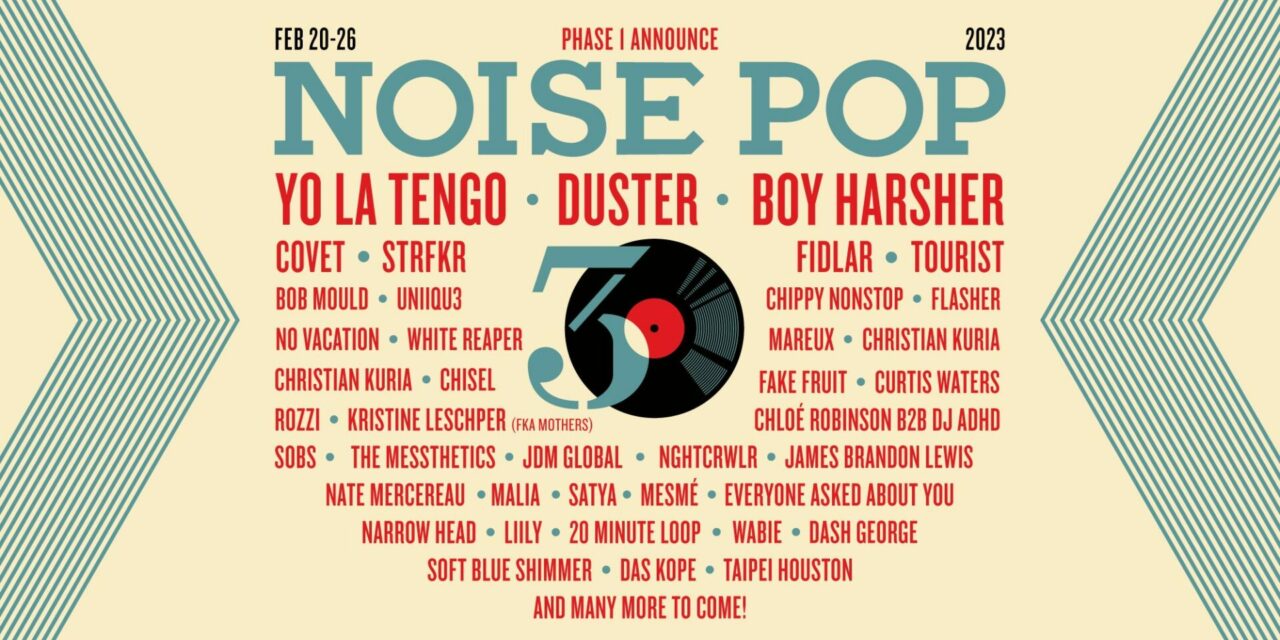 The San Francisco multi-venue institution known as Noise Pop Festival is back for its 30th anniversary, with its hallmark diverse lineup across more than 20 local venues Feb. 20-26.

Performers include Yo La Tengo, Boy Harsher, Duster, STRFKR, Fidlar, Bob Mould, Covet, Tourist, and He.She.They, among many others, with more than 100 artists taking part.

Festival badges granting access to all general admission events are on sale now with individual concert tickets becoming available for purchase on Friday, Nov. 18. Badges start at $175 plus fees, with a Super Fan badge with added perks available for $399 plus fees.

Noise Pop Festival is simultaneously a Bay Area mainstay while also a seemingly endangered species as a true independent, grassroots operation. This year, appropriately, the event celebrates both old and new. Things kick off with an opening night celebration at the Great American Music Hall featuring several ‘90s throwback acts and cult favorites including Chisel, Everyone Asked About You, and 20 Minute Loop.

Meanwhile, always known for championing the next big thing, buzzing darkwave electronic group Boy Harsher has a Noise Pop set at the 1,200-capacity 1015 Folsom, which is being called an underplay. 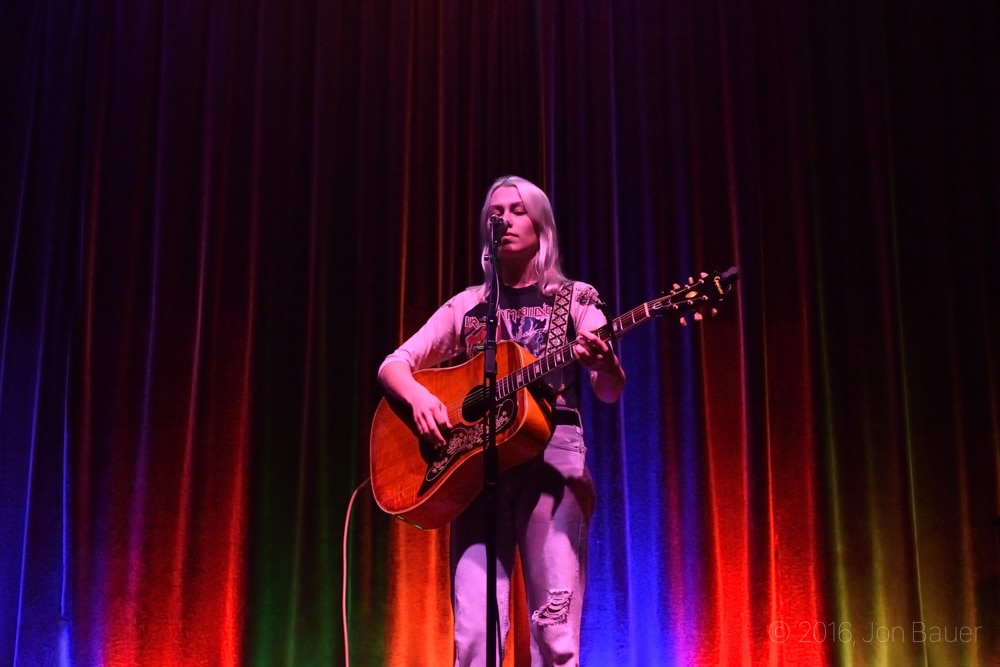 Wednesday night features influential indie rock trio Yo La Tengo at the storied Fillmore supporting new album This Stupid World, which is being released in February.

On the following night, Feb. 23, a pair of festival alumni will return to perform at Noise Pop including electric-pop trio STRFKR headlining The UC Theatre while Hüsker Dü frontman Bob Mould does a solo electric set at The Chapel.

Taking place in February and involving so many different artists and venues, Noise Pop Festival is a year-long labor of love.

“It is a different beast of a festival, being a multi-venue thing partnering with dozens of folks across the Bay Area,” says Kevin Arnold, founder and CEO of Noise Pop Industries. “There are a lot of moving parts. The process really never ends throughout the year. It’s crazy to think about where we are now. It was one show in the beginning, and then a handful of shows, and it just kept getting bigger from there. Now we’re kind of in the right place and not wanting to get much bigger than we are.” Arnold notes the addition of partner Jordan Kurland, who also is an artist manager at Brilliant Corners with clients including Death Cab For Cutie, Soccer Mommy, Toro y Moi and others, for helping to grow the event.

With booking ongoing and released in phases leading up to the Noise Pop Festival, it’s difficult to put a round number on expected number of tickets sold or even show count, but Arnold says the total could amount to up to 25,000 to 35,000 tickets or so between Noise Pop Festival events.

While the artists involved vary widely from genre to generation, so do the venues, with everything from the historic, 2,300-seat Warfield Theatre in the heart of downtown to the UC Theatre in Berkeley across the Bay. Others taking part include the Rickshaw Stop, The Regency Ballroom, August Hall, The New Parish, Cafe du Nord, and Public Works.

The 300-capacity Bottom Of The Hill was an early adopter in Noise Pop Festival and has been a regular every year except the first one, which took place as a standalone event at the Kennel Club (now the Independent) in 1993.

“I look forward to it every year,” says Bottom of the Hill co-owner Kathleen Owen, who opened Bottom Of The Hill in 1991. “Almost all of our Noise Pop shows have sold out, consistently pretty much every year. They’re really fun, there’s lots of great bands they’ve brought us, like Jimmy Eat World, Death Cab For Cutie, Wolfmother, Pedro The Lion, Fleet Foxes, who all went on to get bigger and bigger.” Owen says the Noise Pop team have become longtime friends of the venue as well as personally, with the festival fostering a feeling of camaraderie rather than competition among participating venues.

That sentiment translates to the booking side as well, with deals made on a per-show basis.

“We’re all on the same page,” Owen says, mentioning lead booker Lynn Shwarz who handles most of the show deals. “We all want to make money but know what is fair and not fair and usually just come to an agreement. If it’s lopsided, which doesn’t happen very often, we’ll adjust for the next show.” 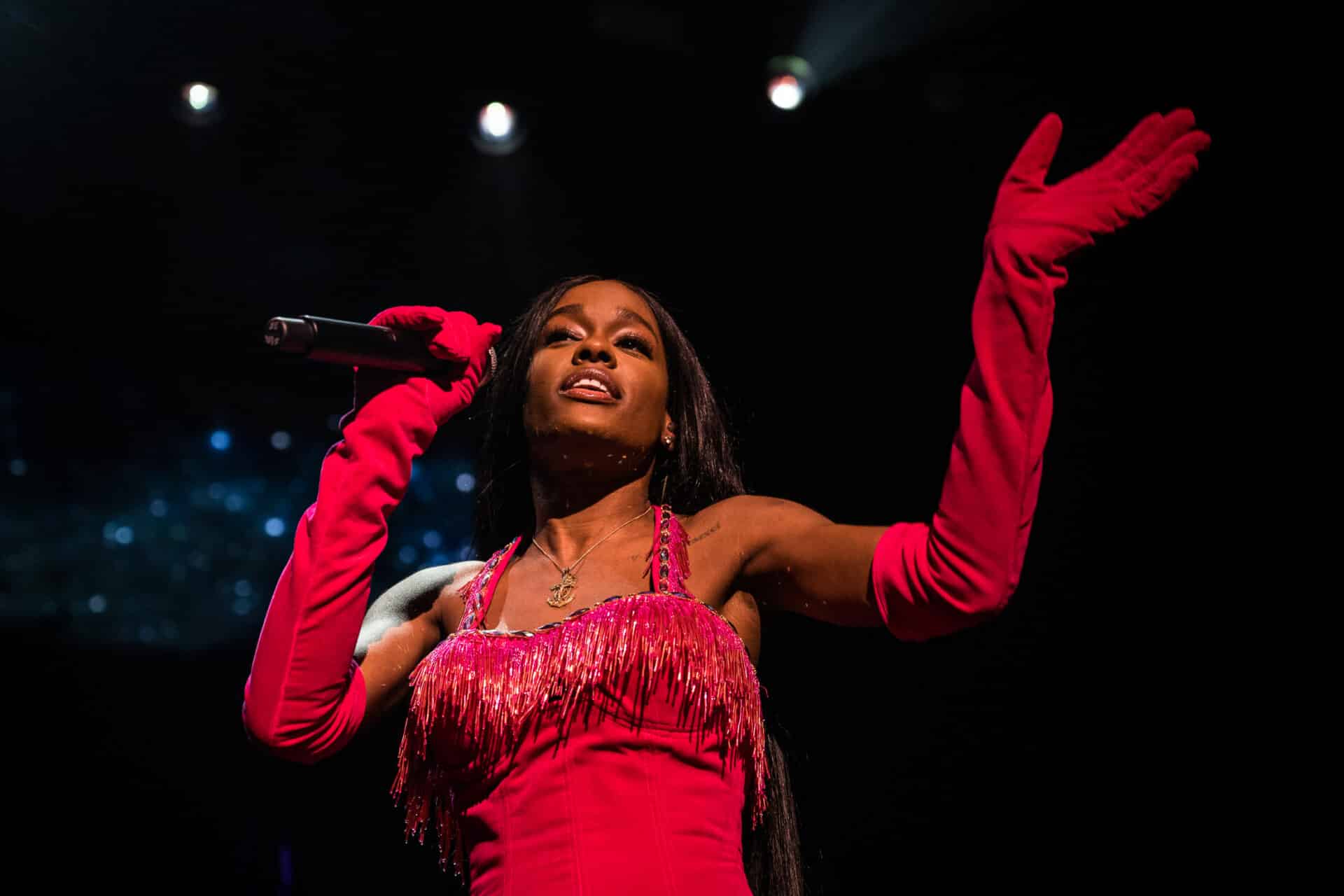 While the event for many involved is a year reunion of sorts and with special meaning coming out of COVID and celebrating 30 years, the event has fresh perspective with the recent addition of Noise Pop President Stacy Horne, who is also talent buyer for the long-running Stern Grove Festival.

She said the 30-year milestone is a reunion of sorts for the community, while still championing up-and-comers and promoting artist discovery.

“People don’t necessarily know all the artists but they know it’s curated by us and they’ll have a great time and discover some music they haven’t heard before,” said Horne. “James Lopez, our talent buyer, has a really great ear for keeping us current.”

Another relative newcomer to the team is Dawson Ludwig, Noise Pop partner and former GM. He’s also as head of music and entertainment at Yondr, the company known for the pouches that keep mobile phones locked and secured during a show.

“Outside of some of the legacy acts we’ve booked this year, Boy Harsher is playing a pretty small venue compared to what they can usually sell out, so that’ll likely be a shining moment of this year’s festival,” Ludwig adds.

With most within the indie club business calling 2021 and 2022 a difficult period, Noise Pop provides the chance of being part of a larger cohesive unit in a crowded market. The goal as well as difficulty can be to make it feel like a shared event.

“The challenge of a small club festival is the logistics and locale, as far as being spread out among all these different venues, to feel like they’re part of our event and it feels like a communal experience for fans and bands,” said Kurland, who also co-founded the outdoor Treasure Island Music Festival in the area, which ran from 2007 to 2018 and was co-produced by Another Planet Entertainment.

“When you’re in a major city, a lot of these clubs would have shows regardless. We try to bring together shows that have a through-line (conceptually). Some people are going to multiple shows a night and some are seeing just one a week. We’ve been working with these venues long enough that it feels like a shared experience rather than a typical night or weekend.”