Heat back on for Network Capital? 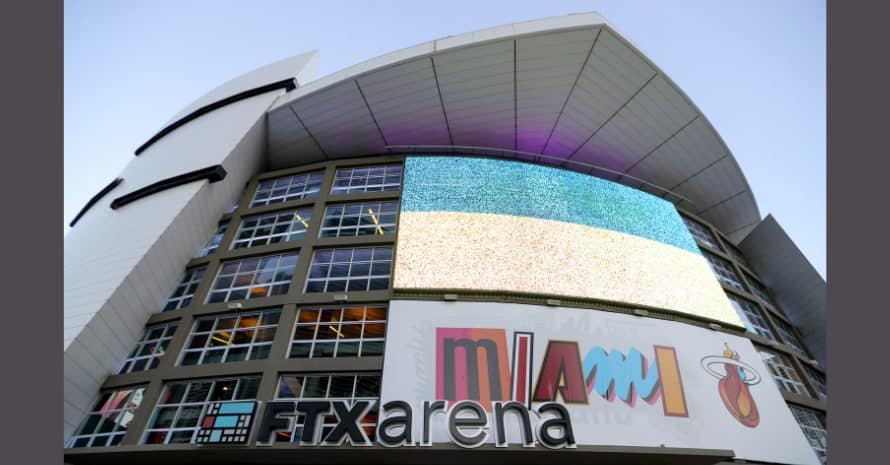 Mortgage lender passed over for FTX in 2021

Network Capital, a south Florida mortgage lender, is a viable candidate to take over naming rights of the Miami Heat arena after its previous bid was rejected in favor of FTX, according to sports marketing executives.

The fallout in the sports landscape extends to Miami-Dade County, which last year signed a 19-year, $135 million naming rights agreement with FTX to rebrand the former AmericanAirlines Arena. On Nov. 11, the county, in conjunction with the Heat, announced they had terminated the FTX deal and started removing signs from the arena roof in photographs shared by neighboring residents on social media.

Over the past year, FTX paid $20 million to the county before its deal, which included $2 million in annual payments to the Heat, was terminated. The Superlative Group was the county’s consultant on the FTX deal.

Shortly before the FTX deal was announced in April 2021, the Miami Herald reported Network Capital was close to signing naming rights with the county, but the deal fell through for undisclosed reasons.

Network Capital had been in contract talks with the county for a 10-year agreement valued about $4 million to $5 million a year until FTX came up with a higher offer at the 11th hour, said naming rights broker Rob Yowell, president and founder of Gemini Sports Group. The FTX terms equated to about $7 million annually over a greater period of time.

A few weeks after the FTX deal was completed, Yowell got a call from Network Capital. He spent the next six months representing the firm as it took a close look at naming rights opportunities for NBA arenas in Phoenix, Orlando, Oklahoma City and San Antonio, among other facilities.

Tri Nguyen, Network Capital’s CEO, did not return an email for comment on whether his firm could return to the bargaining table in Miami.

“Network Capital got blindsided and they reached out to us after the fact to make sure that didn’t happen to them again if they found something else they wanted to go after, so that’s when we started working with them,” Yowell said.

Network Capital, whose corporate office is in Irvine, California, was founded in 2002, and has 500 employees across six offices, including its East Coast headquarters in Miami. In August, Inc. magazine ranked Network Capital No. 600 on the list of the 5,000 fastest growing private companies in America.

In Phoenix, there was a conflict with an existing mortgage bank sponsor and Network Capital would have had to buy out that contract, Yowell said. Company officials determined Oklahoma City wasn’t a big enough market for growth.

Over the past few months, Network Capital has stepped back in its pursuit of naming rights because the company prefers to sign a deal in south Florida, Yowell said.

The two parties have talked “since the world changed with FTX,” but Gemini Sports Group is not currently representing Network Capital, he said.

Apart from Miami, the Florida Panthers are searching for a new naming rights partner for their NHL arena in suburban Fort Lauderdale. It’s unclear whether Network Capital has interest in that building, which has gone through four naming rights agreements since it opened in 1998. In September 2021, it was renamed FLA Live Arena as a placeholder until another deal is signed.

Elsewhere in south Florida, crypto finance firm XBTO is the jersey sponsor for Major League Soccer’s Inter Miami CF, a four-year deal Yowell worked on that’s valued at $3 million to $6 million annually, depending on incentives. The agreement is halfway through its term, with XBTO in position to have its name on the team’s kit when its new stadium opens in 2025.

As a digital finance entity, XBTO is not an exchange and has a more diversified portfolio, using cryptocurrency itself and blockchain technology as part of its services, Yowell said.

“They’ve got people in positions with the FTXs of the world, but they can start shifting them over to other exchanges,” he said. “They work with them all. Having FTX drop out is kind of like a U.S. automaker failing. There are still four others doing just fine.”

FTX had multiple deals across sports, including naming rights to the playing field at California Memorial Stadium in Berkeley, a 10-year agreement valued at $17.5 million; the Major League Baseball umpires’ patch; and Mercedes-Benz Formula One race cars.

In that respect, Miami-Dade County wasn’t alone in doing business with a company that went belly up in the blink of an eye. The big surprise is that FTX failed in “plain sight” in a category that appeared to be a legitimate player, Yowell said.

Now, FTX joins Enron, CMGI, Adelphia and PSINet among the torpedoed brands that once held naming rights to big league buildings before ceasing to exist.

“The way FTX and Crypto.com were out there aggressively cutting deals, if you were sitting in one of those seats, it was hard not to call them,” he said. “Crypto (currency) doesn’t appear to be going away; if the deal is structured within the use of the technology toward the business, then it’s viable. But if it’s just branding an exchange, you pay upfront in cash and not in crypto.”