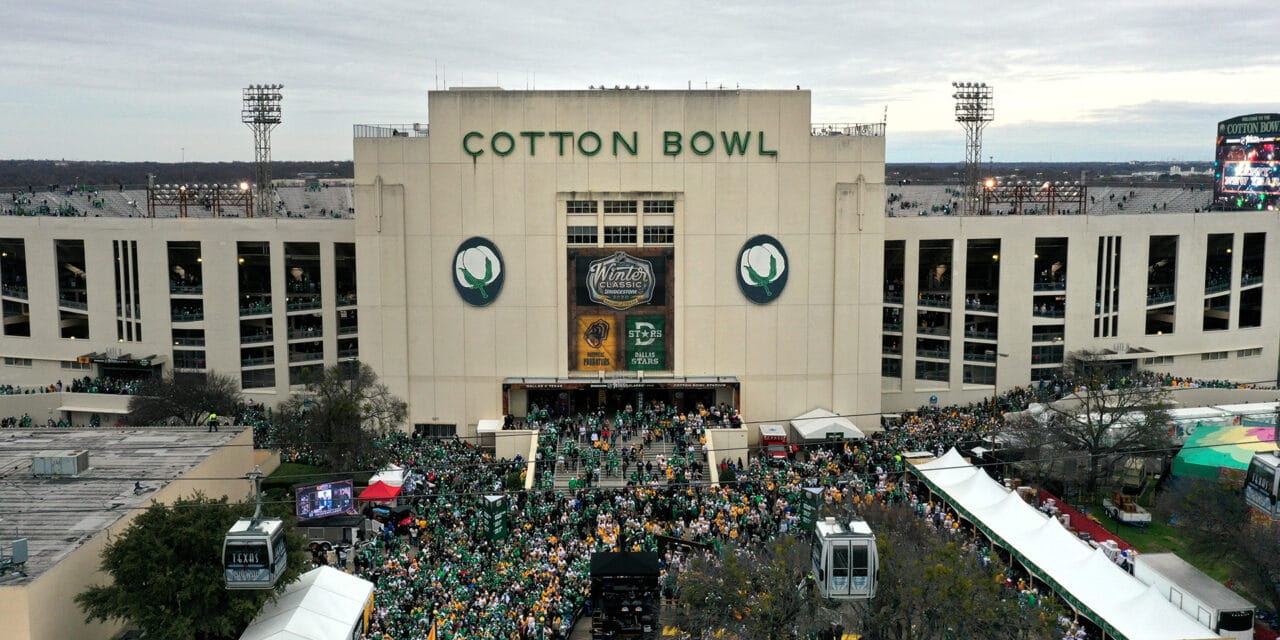 Cotton Bowl Stadium in Dallas is among the venues run by Spectra. (Getty Images)

Oak View Group announced Monday that it intends to merge with Spectra in a major deal that combines the companies into a larger facility management company and thrusts OVG into the food service business.

Financial terms of the deal were not disclosed. (OVG also owns VenuesNow and sister publication Pollstar.)

Spectra, based in Philadelphia, is co-owned by a fund whose investors include Comcast Corp. and Atairos.

Tim Leiweke, Oak View Group’s co-founder and CEO, said, “The combination of the two entities will allow us to be much more competitive and allow the industry to have much more choice, and in particular, allow us to compete with the dominant player in the business today, which is ASM Global.”

Long term, the merger gives OVG greater strength as a competitor against ASM Global,  which runs 300-plus venues worldwide in the facility management sector. In early 2019, SMG and AEG Facilities merged to become ASM Global.

Spectra, between venue management, food service and corporate partnerships, is in about 320 arenas, stadiums, convention centers and other venues, said Dave Scott, chairman and CEO of Comcast Spectacor, the entity overseeing Spectra.

On the facility management side alone, it has about 70 clients that include Cotton Bowl Stadium, Chicago’s Navy Pier and Liberty Bowl Memorial Stadium.

OVG Facilities, which launched in 2015 as part of the Oak View Group corporate family, runs about 15 venues. Overall, it has a presence in 40 buildings which include booking and consulting agreements. OVG Facilities jump-started its business in 2017 after acquiring Pinnacle Event Services, a firm with a half-dozen venue operations accounts and a few booking agreements.

Leiweke and Scott have known each other over the years through their NHL ties.

Leiweke was previously a top executive with the Los Angeles Kings and Toronto Maple Leafs, and Scott serves as governor of the Philadelphia Flyers, another Comcast Spectacor property.

The relationship between the two companies extends to Peter Luukko, chairman of OVG Facilities. Luukko started Spectra in 1998 when the firm was called Global Spectrum.

Several other OVG Facilities executives, including senior vice presidents Doug Higgons, Tom Paquette and Shura Garnett, worked at Spectra before moving to OVG as the company grew on the facility management side.

“We always had a running dialogue (with Spectra) about the business,” Leiweke said. “When we started our facility management business a few years ago, we had a conversation with them so they were aware that we were jumping into it. We reignited the conversation about three months ago and began to realize that the merger of the two companies made a lot of sense because they were extremely compatible.”

The deal is pending regulatory approval. It’s unclear whether the Spectra brand will remain intact if the merger is approved.

“If it is approved, then we’ll start making decisions about what is the best name to use for the company,” Leiweke said.