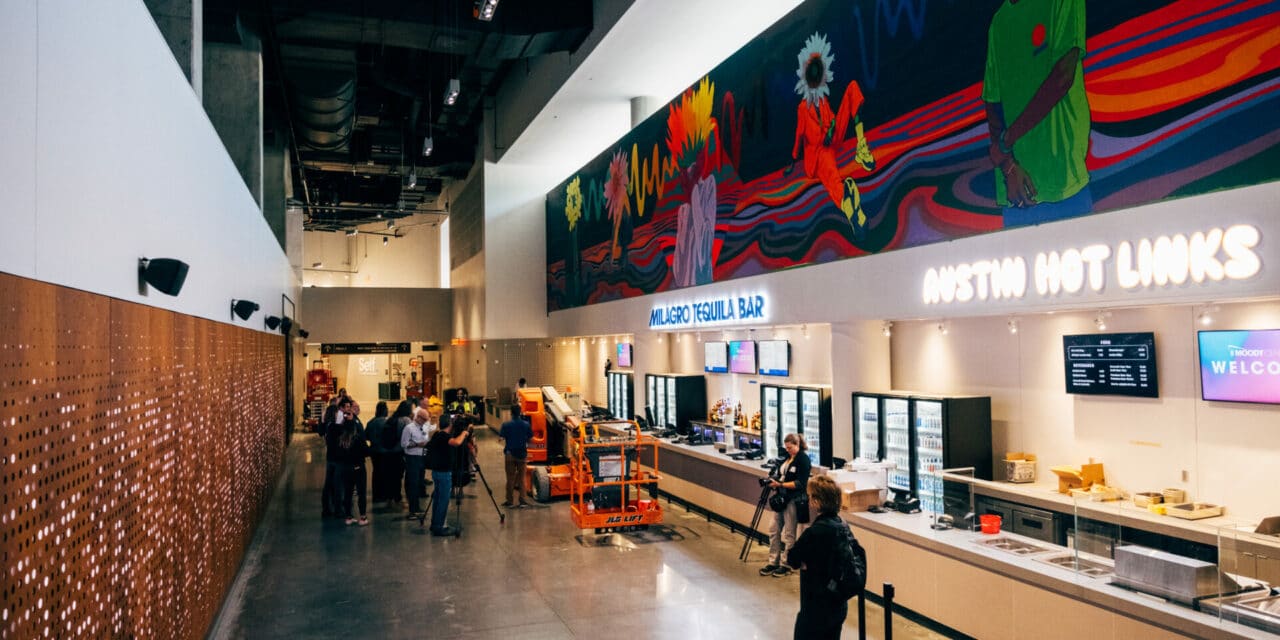 Opening a new venue and working out the kinks operationally is consuming enough for a concessionaire. For the rebranded food provider, last night’s John Mayer concert, the building’s first public ticketed event, represented another step forward for a vendor staking its turf after merging with Spectra in December.

The process involved a late switch to OVG Hospitality from Delaware North Sportservice, which had been in place at Moody Center, as well as Enmarket Arena in Savannah, Georgia, which opened in February. Those deals changed after OVG acquired Spectra.

“Both companies came together and transitioned very well,” said Ken Gaber, president of OVG Hospitality and a former Sportservice executive. “They gave us all the knowledge of what they built and we were able to take that and move forward and make adjustments. At Moody Center, that’s been going on over the past five months. There were learnings I had from Climate Pledge Arena … on how we wanted to change some of the flow patterns in Austin.”

OVG Hospitality may be a fresh face but it features some of the same players with deep experience in general concessions and premium dining. All told, there are about 275 accounts, company officials said.

Jay Satenspiel, the group’s senior vice president of the west region, is responsible for Moody Center. Satenspiel had worked for Spectra since 2009 after spending several years with Levy. Chris Nelson, senior vice president of the east region, had been with Spectra for three years after coming over from AVI Food Systems. Together, they report to Gaber.

In Austin, the stiffest challenge remains finding enough part-time staff to work concerts, UT basketball games and other events at the 15,000-capacity arena. Two-plus years after the pandemic started, the labor shortage remains a struggle for all concessionaires, including OVG Hospitality.

It’s not getting any better almost halfway through 2022, Satenspiel said. All told, the vendor needs up to 375 part-timers for a sold-out concert. OVG Hospitality’s on-site general manager is Derek Marsh, formerly with Levy at the University of New Mexico in Albuquerque.

The biggest void is on the culinary side. At Moody Center, OVG Hospitality was fortunate to retain David Williams as executive chef. Sportservice initially hired Williams and he decided to stay put, Satenspiel said.

On the premium side at other venues, people have “left the kitchen” and moved to other fields where they can sit at a computer from 9 to 5 and double their earnings, he said. In other cases, people aren’t as willing to relocate as they were previously.

The same thing is apparent with nonprofit groups that for years have been the lifeblood of concessions.

Nelson said OVG Hospitality has increased hourly wages by 10% to 15% across the board, from cooks and food prep workers to concession stand employees. Spectra raised those rates before the merger, he said

A check of online help wanted sites, for example, showed OVG Hospitality offering up to $36,000 a year for part-time workers in guest services/premium concierge at Moody Center.

“Every day, we’re waiting for the other shoe to drop in a good way, where all of a sudden, the floodgates are going to open,” Nelson said. “The longer we go through the prep stages for a new venue or just ramping up normal every day business, our confidence is growing less. It comes down to wage rates and convenience and picking their schedule, which days they want to work.”

In an event-driven industry, though, everybody knows that’s not how it works. Part-timers work a lot of nights, weekends and holidays. There’s not much room for flexibility, Satenspiel said. 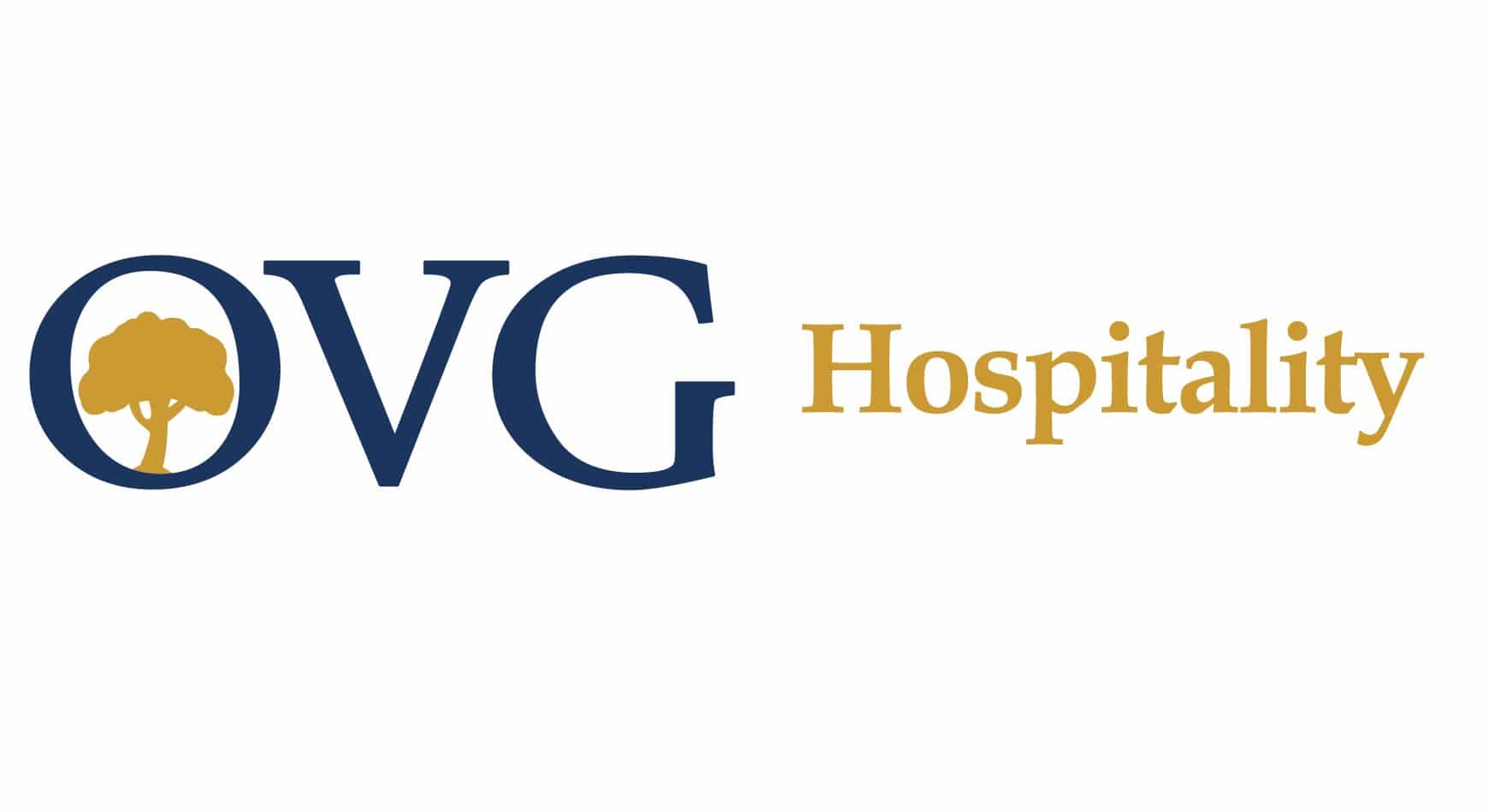 The good news is OVG Hospitality can tap into employment resources with Sodexo, which runs the food next door at Darrell K Royal-Texas Memorial Stadium for UT football games. Satenspiel said the two firms may be competitors, but they’re in the same industry and plan to work together to fill staffing holes at both facilities.

“The general manager with Sodexo (Chris Reynolds) is a good friend of mine; I’ve known him for 20 years,” Satenspiel said. “When we first came to market, I sat with him and he gave me some great pointers on Austin and what to look for, what works and what doesn’t work.”

Operationally, technology and automation helps fill the gap in human labor to a certain extent. In Austin, a big tech hub and the home of Dell Computers and, most recently, electric carmaker Tesla, it makes sense to use those systems to help increase speed of service for a market that embraces innovation.

But as it stands now, Amazon Just Walk Out technology is not in place at Moody Center. OVG Hospitality officials are working some things out with Amazon before they implement the frictionless payment system in Austin, Satenspiel said. They’re familiar with JWO from installing the technology Climate Pledge Arena and UBS Arena.

Apart from that technology, all concession stands are designed as marketplaces with self-checkout systems, similar to the Seattle and New York arenas. In that respect, Moody Center has the same Toshiba point-of-sale system as the other two facilities.

On the menu side, Stubb’s B-B-Q, Tony C’s pizza and Koko’s Bavarian are among the local favors in place at Moody Center. Stubb’s was recently acquired by Austin-based C3 Presents, whose co-founder Charles Attal built the venue / restaurant with a group of investors in the mid-1990s. Attal is also a partner in the Moody Center project.

Pricing is always a sticky issue, and OVG Hospitality did its homework by researching concessions at other venues in Austin such as the Dell Diamond, a minor league ballpark, Circuit of the Americas racetrack and Q2 Stadium, home of Major League Soccer’s Austin FC.

The vendor also looked at concessions prices at arenas in Dallas, Houston and San Antonio, as well as DKR-Texas Memorial stadium.

At Moody Center, Koko’s Bavarian, a specialty stand, is on the high end of pricing. A house-made bratwurst costs $11, giant pretzels are $10 and an Electric Jellyfish IPA runs $18.

Elsewhere in the arena, large beers cost about $12 and hot dogs run $5 to $6, Satenspiel said.

“The rate of inflation being the highest since 1981 means costs are elevating,” he said. “But we wanted to ensure that we did not come out of the gate with sticker shock. We’re competitively priced for the marketplace.”