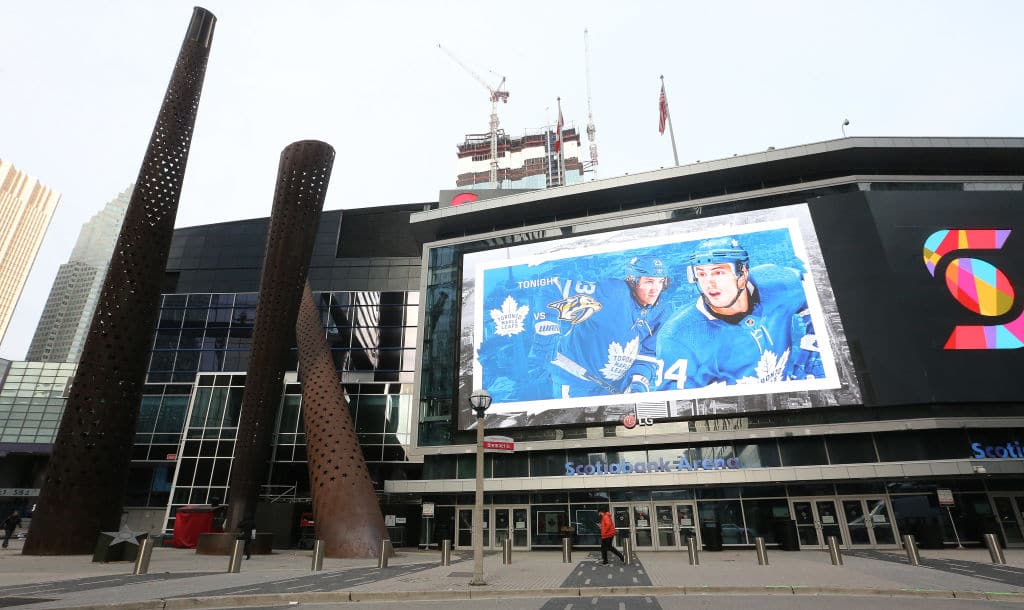 NEW LEAF: Scotiabank Arena in Toronto is one of several Maple Leafs Sports & Entertainment venues covered under a deal with Givex (Getty Images)

With Givex, MLSE shifts from a self-operated system of plastic cards to a digital platform that works across all MLSE venues qnd practice facilities, which in addition to Scotiabank Arena include BMO Field, Coca-Cola Coliseum, Ford Performance Centre, BMO Training Ground and OVO Athletic Centre.

VenuesNow’s James Zoltak spoke with Givex Chief Commercial Officer about taking on MLSE as a client, tracking overspend or “lift” and where growth opportunities lie in the sports and entertainment space. 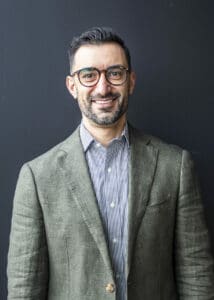 VENUESNOW: How did the deal with MLSE come about? Did the fact you are based in Toronto play a role?

MO CHAAR: Being local probably played a little bit of a role but most what played the bigger role was our capabilities with our platform and being able to handle multiple brands and different needs and also to be able to ensure that a card works across all brands if they chose to.

VN: IN addition to the safety aspects of a digital gift card system, what are some of the other benefits to teams like the Maple Leafs to switch to the Givex platform?

VN: Not to suggest that the pandemic was good in any way, shape or form, but in some ways, there were some fortuitous aspects to it, not the least or which was the accelerated flight to digital. Is that something Givex experience.

MC: Yes, one hundred percent. The flight to digital definitely took off and gave it some jets on the back during the pandemic. It was a way for merchants to connect with customers but also to stay afloat by selling gift cards. The digital aspect, whether that be selling digital gift cards or online ordering and the ability use your gift card through online ordering and loyalty platforms to keep those customers engaged, digital was top of mind for a lot of merchants in the restaurant and retail industry and in the venue industry.

VN: How valuable is the data that’s collected through the platform to a team or other clients?

MC: Extremely valuable. It gives them the ability (to know) and sense where cards are being used, whether that be in retail or at concessions. It also allows the team to know who is using that card if the person has registered that card and provided name, email, etc. That allows the marketing team to communicate with them further. It also allows them to know the overspend — in the industry it’s called lift — on the csrd as well. If you received a $50 card and someone comes in and spends $150, the lift is $100 on that gift card. Most consumers see (the original $50) as free money.

VN: What kind of penetration does Givex and your Uptix product (which loads tickets with credits) have in pro and college sports?

MC: Our penetration with MLB and Minor League teams has been great. College sports has also been pretty good from that standpoint to engage consumers within different rewards that we’re able to offer and different features that we have within different seating sections, where you can offer a section for example a free slice of pizza if they get over 100 points. We’re seeing a huge (post-pandemic) uptick now, especially since MLB decided to come to an agreement, everything is ramping up again.

VN: Is there an interplay between Givex and Uptix. Are they completely separate products or how can they go hand-in-hand?

MC: You can think about Uptix as being a digital gift card on a ticket. Basically, it’s stored value on a ticket that allows you to redeem at concessions at the venue, which is something that is quite unique, especially with integrations that we have to Paciolan and Tickets.com and Ticketmaster. It allows us to be one of the preferred vendors for MLB and other sporting teams as well. From that standpoint, it’s just stored value, but the way it is issued and the way it used and how our promotion engine from behind it allows the merchant or the venue to apply different rewards to sections and seats, etc., is unique.

VN: Without revealing company secrets, can you discuss with me how you structure deals with clients, is it flat fee, a percentage of volume.

MC: It’s all of the above. It depends on the client. Each deal can be different.

VN: Is Givex looking to get involved with NFTs?

MC: Nothing that we’ve pushed through right now. We have looked into different blockchain-type transactions, but it hasn’t been top of mind.

VN: Who are the other players in this field?

MC: Our biggest (competitor) in North America would be ValueLink and Stored Value Solutions. Those would be the two we go up against a lot. Paytronix (Systems) sometimes as well. Those are who I would consider some of our larger competitors.

VN: Where are the biggest growth opportunities for Givex and Uptix?

MC: For Uptix, the biggest is in other team environments outside of MLB; getting into NHL. We do have some NHL teams, some NBA teams. And then also in Europe, getting into the soccer world. We do have some football teams as well using Uptix, so it’s just a matter of hitting up other teams, other leagues. From a gift card perspective, it’s prviding a unique experience to consumers in a digital format and how we can engage that customer and merchant together and our biggest growth opportunity there is through the digital format that we’re offering.