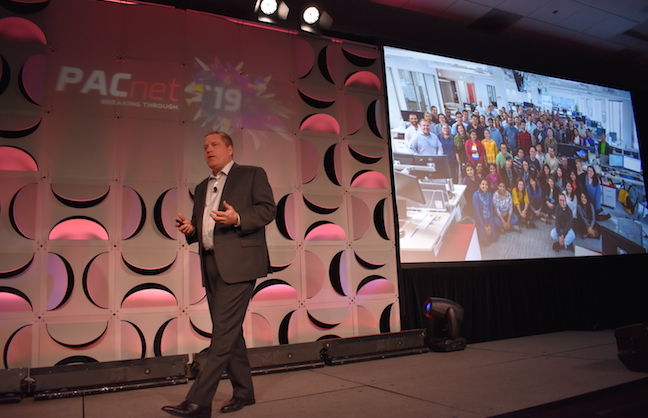 Paciolan Chief Technology Officer Keith White: The wallet is “going all digital, so we need to be ready for that.” (Courtesy Paciolan) Coming mass acceptance of digital passbook drives changes in ticketing Digital wallets are old enough that some of the most familiar have moved on from their original names: Apple Passbook, which made its debut in 2012, is now Apple Wallet, and Google Wallet has become part of Google Pay. What’s new is the level of enthusiasm that consumers, including ticket buyers, are showing for them.  E.J. Liao, who is vice president of product management for Paciolan after coming over from Amazon last year, noted that even three years after Apple came out with digital passes, adoption numbers were, well, passable in most cases, save some areas of relative strength such as airline boarding passes.  But 2019 looks to be when digital wallets will seriously fatten up, Liao said. […]
To access this post, you must purchase Subscribe to VenuesNow – 1 Year, Subscribe to VenuesNow – 2 Years or Subscribe to VenuesNow – 3 Years. If you are already a member of VenuesNow, please login here: log in