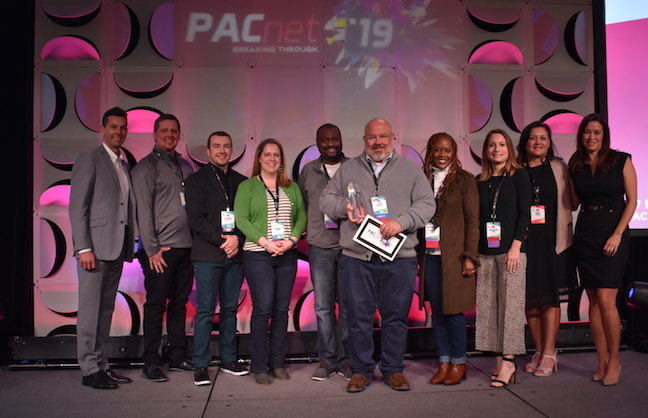 Jamie Vosmeier led the delegation from the Fox Theatre in Atlanta as it accepted the Founder’s Award. (Courtesy Paciolan) Paciolan partners on insurance with TicketGuardian Chief technology officer Keith White announced during the Pacnet opening session that Paciolan had launched ticketing insurance through a partnership with TicketGuardian. White noted it would not only give buyers piece of mind but also might persuade prospective purchasers to hit the “buy” button.  Mississippi State University and the University of Colorado are among the first of Paciolan’s clients offering the insurance. Newport Beach, Calif.-based TicketGuardian recently announced an $8 million Series A funding round led by American Family Ventures and IA Capital Group, bringing its total funding to $13 million. STARS WITH A NEW TWIST The annual Pacnet Star of the Year Awards expanded by a category, adding Event of the Year, and also inaugurated a new method of picking the winners. After Paciolan selected the […]
To access this post, you must purchase Subscribe to VenuesNow – 1 Year, Subscribe to VenuesNow – 2 Years or Subscribe to VenuesNow – 3 Years. If you are already a member of VenuesNow, please login here: log in