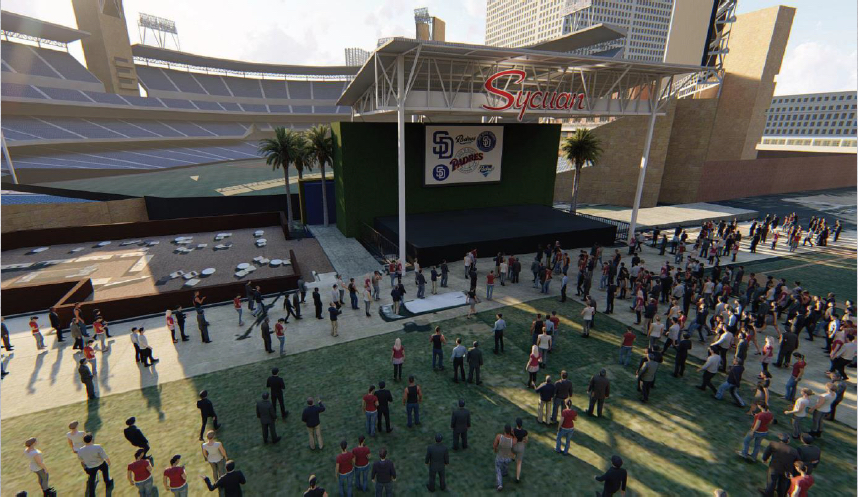 The Padres invested $700,000 for a permanent stage in the Park at the Park, shown in a rendering, and signed Sycuan Casino Resort as presenting sponsor. (Courtesy San Diego Padres) Three-year deal puts eight shows annually in green space Petco Park has become a stronger concert venue. Major League Baseball’s San Diego Padres have signed a three-year deal with Live Nation to book eight concerts annually at the Park at the Park, the 3-acre green space behind center field. As part of the agreement, which will be announced today, the Padres invested $700,000 to build a permanent stage behind the batter’s eye and signed a three-year deal with Sycuan Casino Resort as its presenting sponsor. The casino was already a team partner and is sponsoring the Padres’ 50thanniversary season in 2019. The concert deal is a revenue share between the Padres and Live Nation, said Erik Greupner, the team’s president of […]
To access this post, you must purchase Subscribe to VenuesNow – 1 Year, Subscribe to VenuesNow – 2 Years or Subscribe to VenuesNow – 3 Years. If you are already a member of VenuesNow, please login here: log in