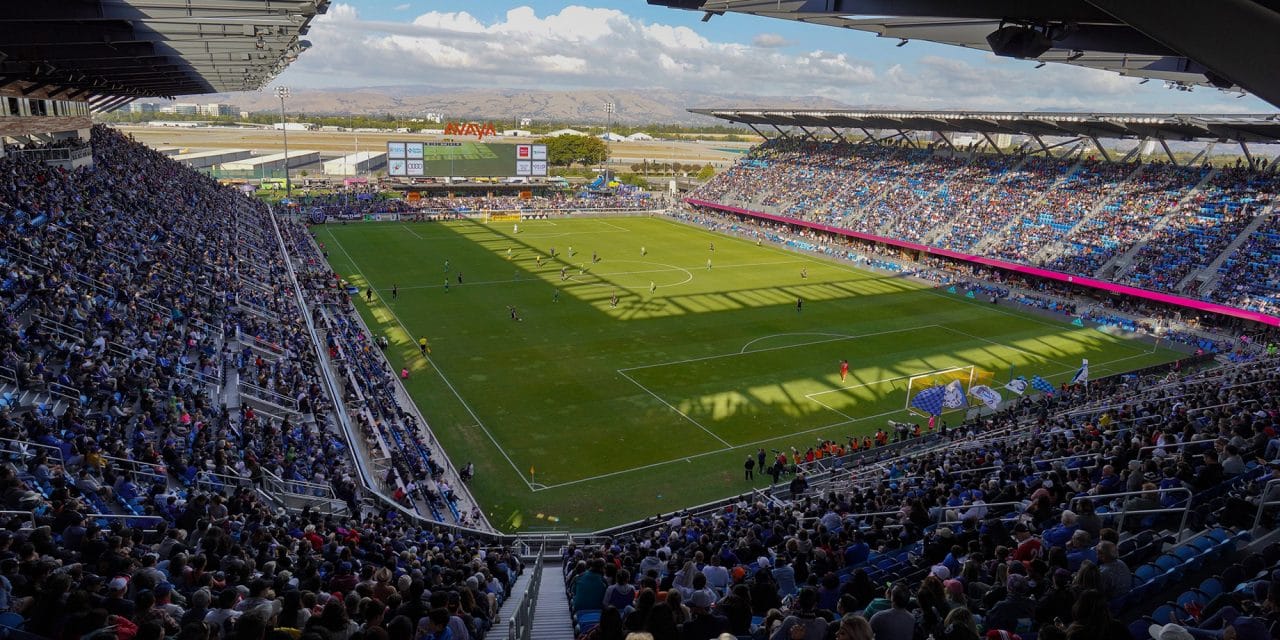 PayPal Park will feature a 250-seat reserved section of the 18,000-capacity stadium that will host underserved members of the community and provide them with access to complimentary tickets and transportation to and from home matches, according to a news release accompanying the announcement. Local youth and nonprofit organizations will be invited to Earthquakes’ training sessions and have opportunities to play games on the stadium field. Quakes fans will be given special offers, discounts and giveaways from PayPal and mobile payment service Venmo, which PayPal owns.

“We couldn’t be more thrilled to find a stadium naming rights partner that aligns with our vision of uplifting the local community,” said Earthquakes Chief Operating Officer Jared Shawlee in the release. “PayPal is a highly respected global brand with its headquarters less than two miles from our Front Office. We’re excited to partner on a number of initiatives that aim to support local small businesses and underserved youth, while also making the stadium a more touchless experience for our guests.”

For each home game, PayPal and the Quakes will spotlight a small business, driving exposure through signage, social media promotion and other marketing activities.

“We are excited to partner with the San Jose Earthquakes to introduce PayPal Park to our passionate Quakes community and local small businesses,” said Dan Schulman, PayPal’s president and CEO, in the release. “This is a unique opportunity to partner with a valued sporting brand and strong community of fans, as we draw on our digital payments technology and work together to redefine the future of live event experiences.”

PayPal Park will be equipped with PayPal’s digital payments technology, including the ability to pay touch-free with QR codes at point-of-sale systems around the stadium and feature benefits like fast lanes that provide fans paying with PayPal or Venmo a quicker checkout experience. In addition, the Earthquakes will further embed the brand’s payment solutions throughout its digital properties.

The Earthquakes were supported by Elevate Sports Ventures during negotiations.

The HOK-designed venue opened in 2015 as Avaya Stadium, but the technology company filed for Chapter 11 bankruptcy protection in 2017 and later gave up the naming rights to the facility, which became Earthquakes Stadium. The team owns and operates the venue.