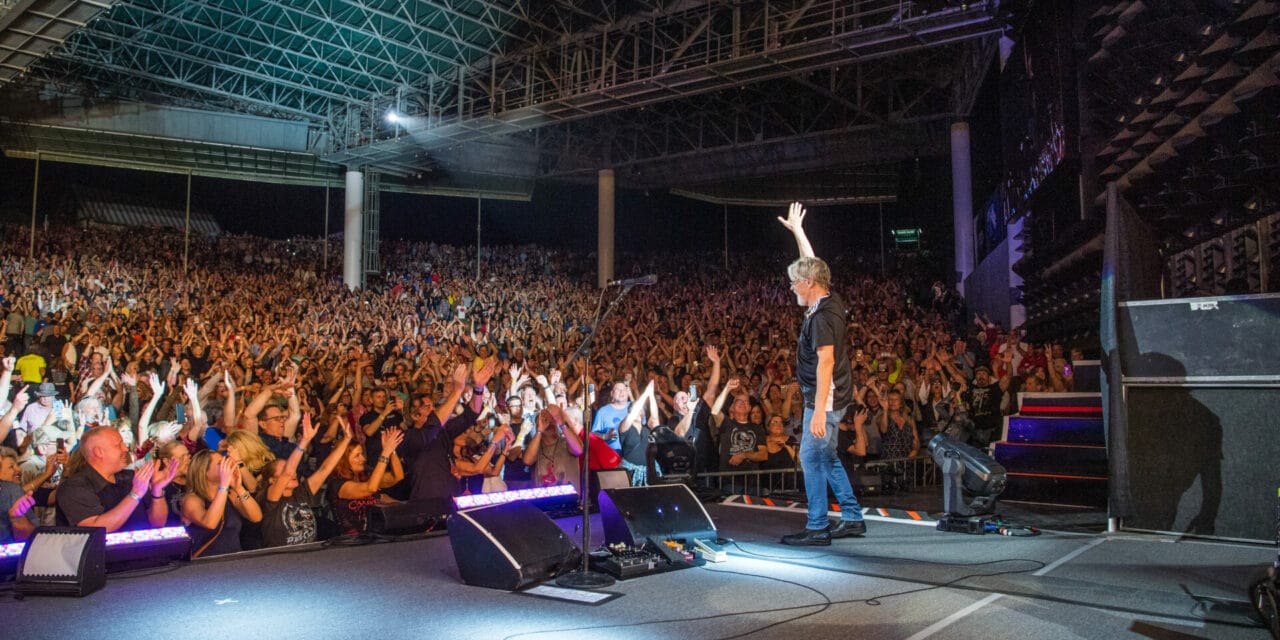 Detroit native and Rock and Roll hall of famer Bob Seger waves to the crowd during a 2019 show at the amphitheater now known (again) as Pine Knob Music Theatre. (Chris Schwegler/313 Presents)

Detroit holds a strong reputation for embracing live music, which extends to the venue side with the market’s biggest amphitheater historically ranking among North America’s top attended outdoor facilities.

Starting this year, the folks at 313 Presents, the venue operator, are resurrecting a big chunk of that history by bringing back the name Pine Knob for a building celebrating its 50th anniversary in 2022.

The wholesale lender and healthcare network are presenting sponsors included in the title, which enabled 313 Presents to showcase the Pine Knob brand well known to Detroit consumers.

Howard Handler, president of 313 Presents, would not disclose financials tied to the multi-year agreements, but industry sources say the value of each deal runs about $750,000 annually.

At a combined $1.5 million annually, the cash value is believed to stand among the richest deals for a seasonal venue.

It’s slightly above the agreement Northwell Health signed for naming rights to Jones Beach amphitheater in 2017, reported to be $3 million over three years with a two-year option.

Those two brands have effectively replaced DTE Energy, the local utility company that held naming rights to the amphitheater for 20 years before parting ways with the venue after the 2021 concert season.

“There’s a whole bunch of equity that remained with the Pine Knob brand,” Handler said. “I grew up in the Detroit area and it was familiar territory for me. I worked at the venue as a security guard.”

“We just started to wonder, could we reimagine the model in such a way that would allow us to bring back that original name that is so beloved,” he said. “United Wholesale Mortgage and Trinity Health believed in our vision and wanted to take part.”

The move makes sense. The amphitheater, which in the 1990s played host to 80 shows every summer, was tied to the Pine Knob brand for about 30 years. The amphitheater was named after the Pine Knob Ski & Snowboard Resort where it sits. Local concertgoers and the acts still called the outdoor music venue Pine Knob years after it was rebranded DTE Energy Music Theatre in 2001.

The 50th anniversary milestone also came into play as a marketing tie-in as officials brainstormed a new name over the past several months. 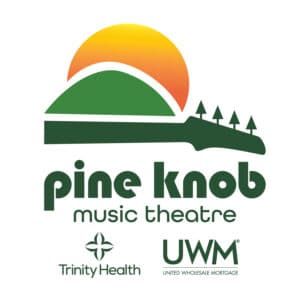 In the end, DTE ultimately decided to spend its dollars elsewhere, which made the move that much easier, Handler said.

“It was a great inflection point,” he said. “Naming rights are kind of a life stage opportunity and platform for a lot of brands. When DTE originally took on the deal, they had just completed a merger between two companies. They wanted the world to know that DTE was their new source of power and that worked for 20 years.”

As part of the process, 313 Presents surveyed hundreds of guests, sponsors and artists to get feedback on going back to the Pine Knob brand. They all gave the move a thumbs-up, from baby boomers that may have attended the David Cassidy concert in 1972, the venue’s first show, to the age 18-34 demographic familiar with the brand.

“We wanted to make sure we were making the right decision for a legendary venue like this,” Handler said. “Sometimes, people cut corners and move a little too fast when they’re working with brands. We wanted to be respectful of our brand and do it the right way.”

United Wholesale Mortgage and Trinity Health have been amphitheater sponsors in the past, so the buyers had a strong relationship with the seller.

On its own, UWM held naming rights to Pine Knob’s lawn seats from 2015-19. At that time, the company was called United Shore.

UWM is the jersey patch sponsor for the NBA Pistons and serves as the official mortgage provider for the NHL Red Wings and Little Caesars Arena.

In addition, the wholesale lender is presenting sponsor of the USPBL, a minor league baseball organization.

For United Wholesale Mortgage, owned by Mat Ishbia, a former Michigan State basketball player and whose father Jeffrey founded the company in 1986, the Pine Knob deal adds greater strength to its marketing portfolio.

The Pontiac, Michigan firm is valued at $16 billion. UWM has 9,000 employees, all of whom live in the region.

“It’s important for us to be embedded in the community and to be able to be part of such an iconic name and the roots of what Pine Knob is,” said Sarah DeCiantis, UWM’s chief marketing officer and a former salesperson at the old Palace Sports and Entertainment, the amphitheater’s previous owner. “I was part of it and to bring that history back to Detroit is not an opportunity you get very often.”

As part of its activation, United Wholesale Mortgage will brand Pine Knob’s west entrance and exit, the west parking lot and the main box office.

Trinity Health, based in Livonia, Michigan has eight hospitals and 237 healthcare facilities in Michigan and posted revenue of $20.2 billion for fiscal year 2020, according to financial documents.

Trinity Health’s marks will be attached to the VIP entrance, VIP parking lot, VIP box office and the Ivy Lounge, exclusive to premium seat patrons to have dinner and drinks and hang out between acts.

Some inventory is new as 313 Presents reconfigures the layout at Pine Knob to prepare for a refresh.

As the pandemic hopefully wanes, 313 Presents officials expect a full season of shows at all three sheds it runs, including Meadow Brook Amphitheatre and Michigan Lottery Amphitheatre, both 7,000-seaters.

“This time last year, we thought Sept. 1 would be a realistic start and when everything started to kick into motion in April and everybody had more confidence about committing to dates, we ended up putting together a decent season,” he said.

“This year, we’ll do a lot more,” Handler said. “You can see the history of what a season typically looks like at Pine Knob. It will obviously be more special because of the 50th anniversary and all the celebrations we have planned.”