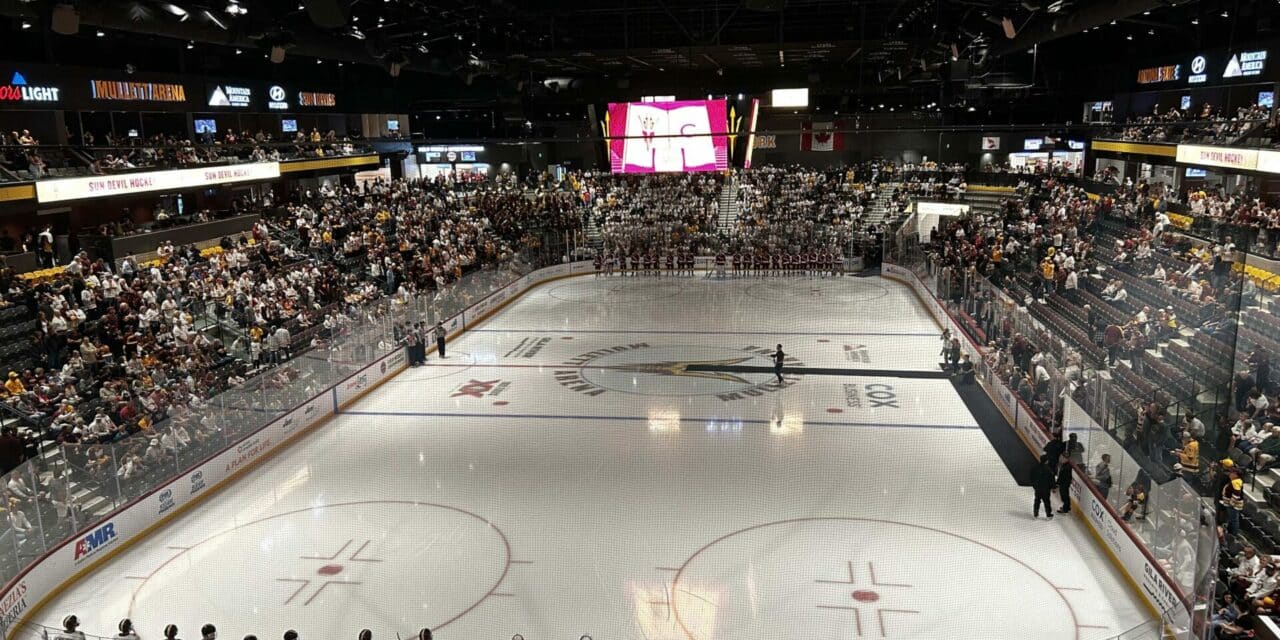 The ribbon was cut last week at Mullett Arena, the new OVG360-managed home of Arizona State University men’s ice hockey and temporary home of the NHL Arizona Coyotes as the team pushes forward with plans to build an arena as part of a larger mixed-use development in Tempe.

ASU got first dibs with a pair of sold-out games against Colgate last weekend, while the Coyotes play their first home game against the Winnipeg Jets on Oct. 28.

Peter Luukko, OVG360’s executive chairman, is well aware the 5,000-capacity, $134-million arena is small by NHL standards, but he says fans are in for a treat in an intimate venue with modern amenities.

Luukko, who at one time ran the old Global Spectrum arena management portfolio, brings a deep well of NHL experience to the Tempe facility, having spent decades as a Philadelphia Flyers executive. Now, he’s executive chairman of the Florida Panthers and as a member of the NHL Board of Governors. Luukko’s son Max, a former college hockey player at Sacred Heart, where he earned two degrees, is the director of events at Mullett Arena. It’s a hockey-centric family. Luukko’s other son, Nick, who played professionally after competing for the University of Vermont, is head coach of the ECHL Jacksonville Icemen. 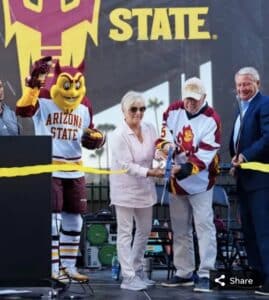 “The building really opened up well. We had no issues to speak of,” Peter Luukko said of Mullett Arena. “Our staff did a tremendous job. Great food and beverage per caps ($24). Great crowd. The environment in the arena was incredible, the noise levels.”

Two more ASU games are on tap for tomorrow and Saturday before the Coyotes’ home opener on Oct. 28.

Luukko said the new arena will give ASU opportunities to host other sports, including wrestling, volleyball and gymnastics, boosting scheduling flexibility, and in the coming months, specialevents will be announced.

“As equally important, they want this to be a real community asset, so we’re going to book family shows, concerts and the like,” he said. “It will be a true multi-purpose arena and in addition to that we have the (adjacent Mountain America) Community Iceplex, where we’ll have figure skating, learn to ice skate, learn to play, youth leagues, adult leagues. It’s going to be an active complex.”

It will also be one that can help grow the game in an important market, supercharge ASU’s recruiting and show players there is a path to the pros, Luukko said.

The arena opened earlier than originally planned, thanks to the work of general contractor Mortenson, which procured most building materials prior to the pandemic blowing up already strained supply chains. SCI Architects, the U.S. division of Toronto-based Brisbin Brook Beynon, designed the facility.

“The job was bought, pretty much, pre-pandemic,” Luukko said. “Working closely with Mortenson, and the pull Mortenson has, we were able to get what we needed. What we ordered from Daktronics is here and in the building, but we then ordered an additional ribbon board and that’s been a bit delayed because of the supply chain.”

Sharing the event schedule with the school is made easier by the fact that ASU’s schedule is largely set a year out and even with the NHL, given enough lead time, “the league is very good about flipping dates,” Luukko said. 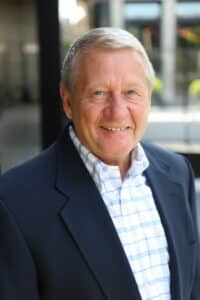 Luukko said for the Sun Devils players and coaches, the arena is a huge upgrade from their former home at Oceanside Ice Arena.

“What this will do for the program will take them to the next level,” he said. “They’re playing in the finest college hockey facility in the country. Talking to the coaching staff, it’s already making a positive impact in terms of recruiting players. It’s going to be an incredible plus and it snowballs.”

For the Coyotes, Luukko notes when the Ottawa Senators, Tampa Bay Lightning and the San Jose Sharks came into the NHL as expansion teams, they all used temporary facilities like an old junior rink,  a fairgrounds venue and the Cow Palace while new arenas were built.

“These were older and totally inadequate facilities,” he said.

The Coyotes did open a brand new building in 2003 when Glendale Arena, now Gila River Arena opened, but the location in the West Valley, an hour’s drive for a big chunk of their fan base, doomed the franchise. The team struggled financially for many years, filed for bankruptcy in 2009 and ultimately left the Glendale facility.

Now, as the Coyotes develop a proposed arena in Tempe, they get to play in “a brand new arena that has all the amenities of an NHL rink, but is just smaller,” Luukko said, pointing to Mullett Arena’s 24 suites, 650 club seats and five loge boxes.

“The situation presented itself,” he said. “We weren’t involved, but it’s going to work out great for the Coyotes because they’ll be playing in a brand-new building, which is better than what the situation could have been,” Luukko said.

If the Tempe project gets built, the Coyotes could end up playing in a third new venue after their three-year deal at Mullett Arena, with an option for a fourth year, expires.

Editor’s Note:OVG360 and VenuesNow are part of Oak View Group.