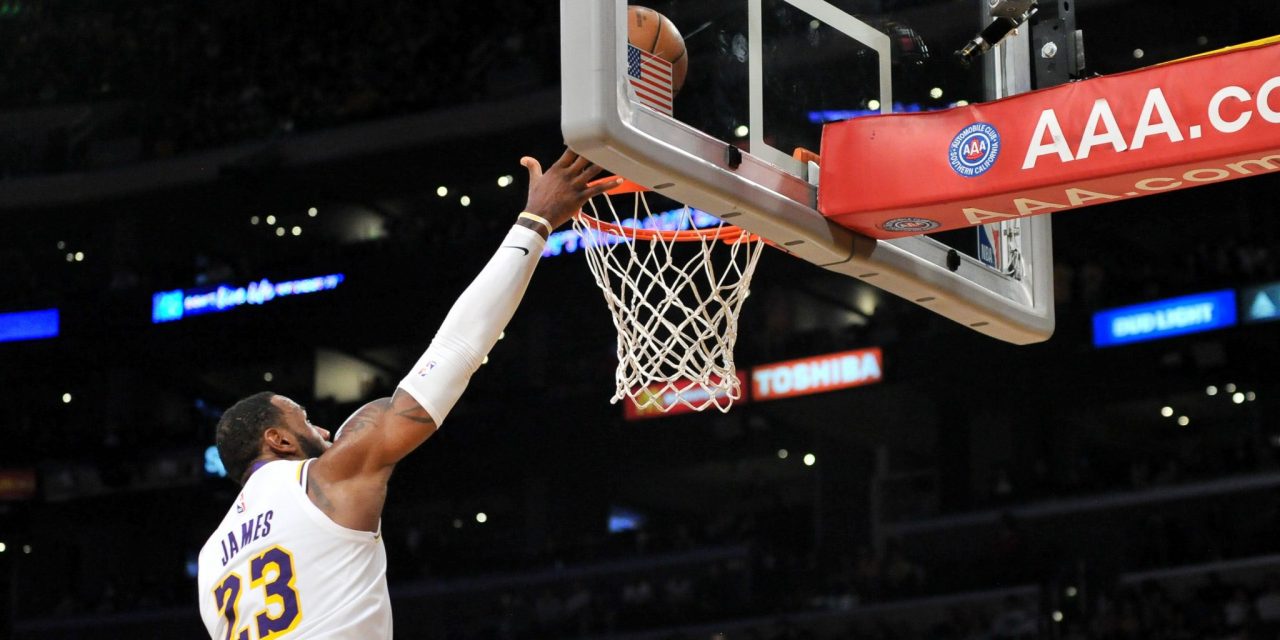 The Lakers finished tops in the NBA in media exposure last season, according to GumGum Sports. (Getty Images) For Los Angeles Lakers sponsors in Staples Center, superstar magnifies their exposure live, in replays and on social media    LeBron James didn’t end the Lakers’ playoff drought in his first season in Los Angeles, but his star power has definitely added value for the NBA team and its sponsors with a presence inside Staples Center. And now that Anthony Davis will be suiting up alongside James, sports marketing executives see the team scoring even more advertising gold. “It’s going to be putting gas on a fire in a good way,” said Zack Sugarman, senior vice president of properties for sports marketing giant Wasserman. The firm works with the Lakers among other clients on packaging and valuing partnerships, but he could not divulge any deal terms. The Lakers did not respond to requests […]
To access this post, you must purchase Subscribe to VenuesNow – 1 Year, Subscribe to VenuesNow – 2 Years or Subscribe to VenuesNow – 3 Years. If you are already a member of VenuesNow, please login here: log in