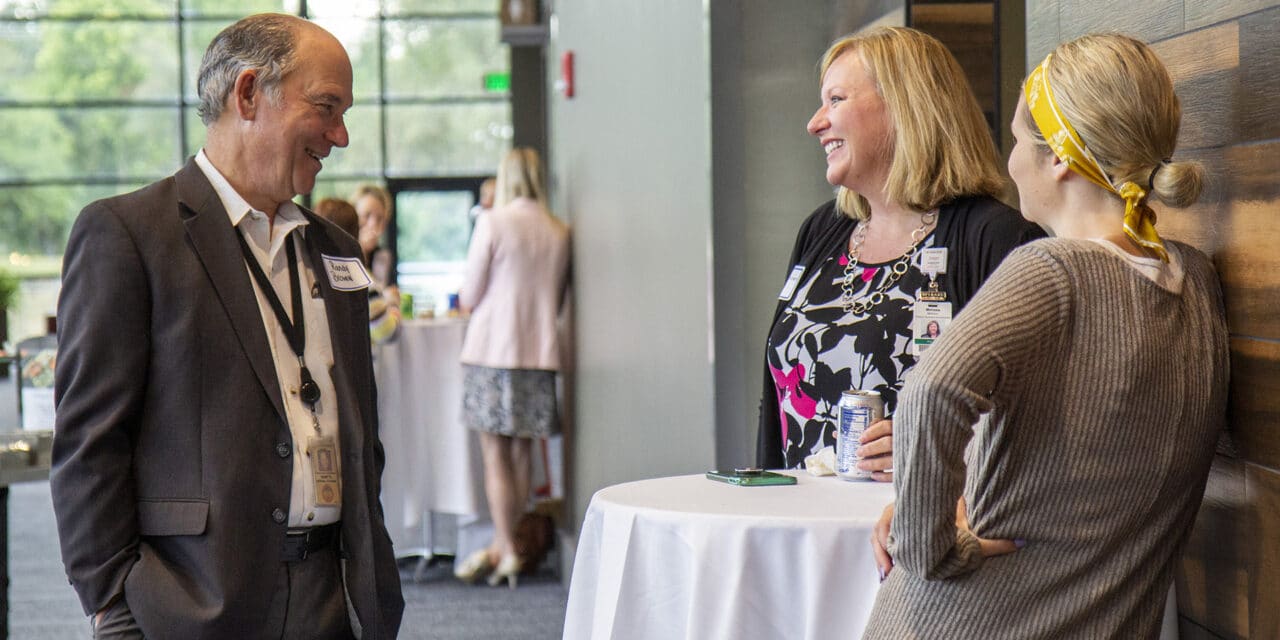 Through major expansion, floods and a pandemic, GM has been steady presence in Fort Wayne

Randy Brown intended to close out his exemplary three-decade venues industry career, most of it spent running the Allen County War Memorial Coliseum complex in Fort Wayne, Indiana, a year ago, but with the pandemic came a recasting of best-laid plans.

No way was he leaving the facility, which includes an expo and conference center, as it faced what turned out to be a global calamity.

“I made a commitment I was going to get us through and out the other side,” he said.

As was the case at public assembly venues across the U.S., the coliseum complex served as a polling place and later a vaccine site, giving Brown what he calls some of his proudest moments, “when the coliseum was called to action as part of the community.” It’s a role the facility has played through floods, while housing thousands of evacuees during a major downtown tire fire in the 1990s, or when hundreds took shelter at the venue after a devastating ice storm knocked out power elsewhere in and around Fort Wayne.

“Those are the things that really get me excited, when I get a call (asking) do you have space, is there a way to make this work,” he said. “And the answer is always, ‘We’ll find a way to make it work.’ The attitude has been, if the community needs us, the coliseum will be here and our staff will find a way. There’s the glamour part of concerts and (other) activities, whether it’s hockey (and the ECHL Fort Wayne Komets) winning the (Kelly) Cup in July or what have you. Those are great events, a lot of fun, high energy, but in terms of what really makes a difference in the community is when we are here and available in a time of need. We’re the place where people go for commencement ceremonies, receptions, wedding ceremonies. We’ve done funerals here. We’re pretty tightly woven into the fabric of the community.”

With his commitment honored, Brown eventually made it official, announcing in June that he would retire, effective Oct. 1.

“It just feels like the right time,” he said. “I’m 65 years old. I’m in good health and I have other things I want to do. I’m a winemaker. I buy grapes from all over the world. I’ve got a substantial garden, my wife and I are foodies and Ann is going to retire in a year, so we are going to do some traveling. Two years ago, we did a Viking cruise down the Rhine. In June we’re going to do a cruise down the Danube, from Nuremberg to Vienna to Budapest.”

Brown says he’s worked harder in the last 18 months than at any other time in his career as he and about six other full-time senior managers handled the duties of furloughed event managers and coordinators.

“That gives you a real sense and appreciation for what the event staff does,” he said, adding that even in non-COVID-19 times, the coliseum employs only about 27 full-timers and a number of those will be following him into retirement in the next few years.

Searchlight Partners will lead the search for Brown’s successor, he said.

A native of Mishawaka, Brown headed to Fort Wayne a tad reluctantly in 1988, when he left nearby St. Mary’s College at Notre Dame University. The late Joe Sassano, who led the opening of Notre Dame’s Joyce Center, had suggested Brown would be the right man for the job, but Brown had just bought a house and Ann had recently given birth to their daughter Ashley, who’s now in the venues industry herself. The facility in Fort Wayne was underwhelming, but Brown came aboard anyway. For the last 31 years, he’s been executive vice president and general manager of the coliseum complex, which today comprises close to 1 million square feet under roof, 200,000 square feet of exhibit space, meeting rooms and almost 6,000 parking spaces.

Brown was deeply involved in the construction of the complex’s Expo Center, completed soon after his arrival. In fact, that expansion and an offer by then General Manager Phil Olofson to switch positions with Brown after two years if he agreed to join him, helped persuade the young man to take the leap.

“Construction has been a steady part of my career here,” Brown said.

That career has seen Brown lead a facility that’s been key to the economic fortunes of the city and region and that until the pandemic was self-supporting. In 2019, the coliseum complex logged its 29th consecutive year of hosting over a million guests, doing more than 1,700 events.

“And our economic impact that year was just a tick shy of $120 million,” he said, adding that even in COVID-ravaged 2020, the coliseum and expo/conference center generated $50 million to $60 million.

Numbers like that made it easier for county leaders to step to the plate with funding — a unanimous decision — after the facility burned through its reserves in the first few months of the pandemic.

Through the years, Brown achieved Certified Venue Executive status and was active in the International Association of Venue Managers, rising through the officer ranks and serving as 2011-12 chair.

Brown beams after receiving the Sagamore of the Wabash, one of Indiana’s highest honors.

Key influences during his years in the industry include Don Myers, the coliseum’s original manager for 29 years, and a host of others that he rattles off: Denny Magruder, Casey Wells, Doug Booher, Kim Bedier, Brad Mayne, Bob Hunter, John Siehl, Michael Marion.

“I could go on and on,” Brown said. “A career is what you put into it. A community is what you put into it. In both cases I’ve been blessed,” he said. “I’m very fortunate to have a lot of quality people that have been around me, cared about me and have made sure I had the resources to be successful, but also that I understood the importance of giving back.”

On the eve of his retirement, Brown’s staff shared a batch of photos from across the decades. There he is with Elton John or Carrie Underwood. There he is, shovel in hand, at a groundbreaking for one of the facility’s expansions or renovations.

The memorable moments he’s experienced include 2019 shows at the coliseum by Paul McCartney and Bob Seger, who sold out the building twice within four months back in the 1970s. It was at the second show back then that police decided to vigorously enforce no smoking rules, resulting in dozens of citations and several arrests, some of Seger’s crew and band members among them. 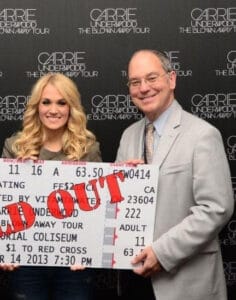 “Punch (Edward Andrews), his manager, ultimately paid all the fines, bailed everybody out and was heard saying as he left, ‘Fort Wayne, we will never be back,’” Brown recalled. A few years ago, Brown and Andrews got to talking at an awards show, smoothed things over and before long a call came from Live Nation about the coliseum being a stop on Seger’s farewell tour.

“It sold out immediately,” Brown said. “After the show I was backstage talking to some of the crew and Punch picked up the check and snapped it like you would a dollar bill and he gave me a wink and said, ‘Not a bad Monday night in Fort Wayne, Indiana.’ So, in the end everybody was happy. My title probably should have said ‘fixer.’”

A crowning achievement for Brown was receiving the Sagamore of the Wabash, one of Indiana’s highest honors, from Gov. Eric Holcomb at a retirement ceremony last week, with Brown’s wife, daughter and 97-year-old mother Ruth in attendance.

“In a million years, I would have never thought my name would be mentioned at the same time as that award,” Brown said.