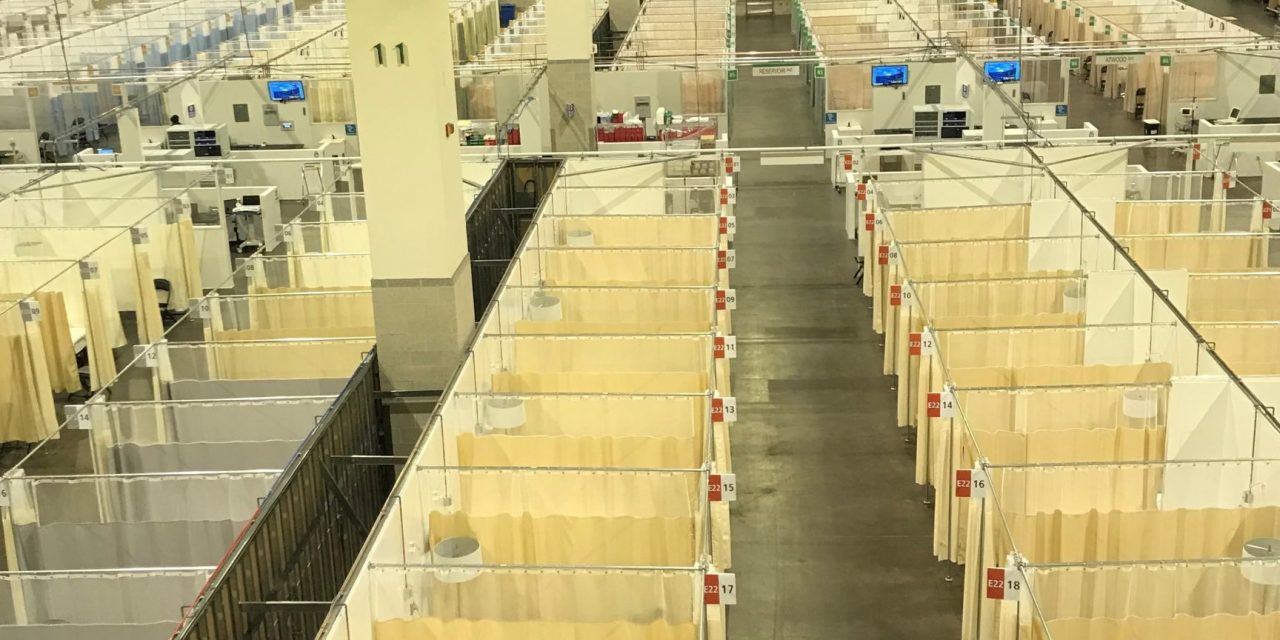 The convention center, managed by ASM Global, has become a 600-bed field hospital. (Courtesy venue) Set up as field hospital in spring, it’s now getting COVID-19 overflow The Rhode Island Convention Center is again being used as a field hospital. The ASM Global-managed facility in Providence had been set up over two weeks in late March and early April as a field hospital to handle overflow from local hospitals as the novel coronavirus spread in the U.S. But as was the case at a number of convention centers and other venues, it wasn’t ultimately needed, said Lawrence Lepore, general manager of the convention center and the adjacent arena, the Dunkin’ Donuts Center. The hospital had been set up by the Army Corps of Engineers, which awarded a contract to AECOM to design it. It was about to be decommissioned and the state hired a contractor in early November to convert […]
To access this post, you must purchase Subscribe to VenuesNow – 1 Year, Subscribe to VenuesNow – 2 Years or Subscribe to VenuesNow – 3 Years. If you are already a member of VenuesNow, please login here: log in