Rossetti, Populous Team Up in Calgary 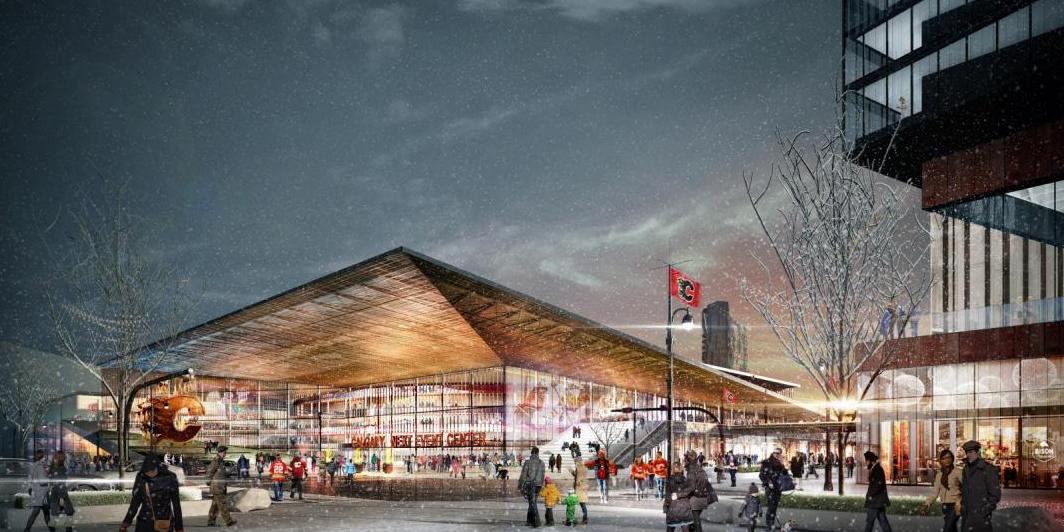 Four groups are vying to design the planned Calgary Event Centre, which will be home to the NHL’s Flames. (Rossetti.com)  Firms’ joint effort puts them among finalists for NHL arena project The Calgary Event Centre project has drawn a pair of heavyweights in sports architecture together to compete for designing the NHL arena. Rossetti and Populous, which typically go head-to-head on sports facility development, have teamed up with local firm Gibbs Gage Architects. The other three finalists are HOK/Dialog, Manica Architecture/Brisbin Brook Beynon/S2 and NBBJ/Stantec, said sources familiar with the process. Clare LePan, vice president of marketing and communications for the Calgary Municipal Land Corp., which is the project development manager, did not return phone calls to confirm the finalists. About 10 design teams submitted proposals, sources said. Interviews are scheduled Thursday in Calgary to design the future home of the NHL’s Flames and the Calgary Stampede, the city’s annual […]
To access this post, you must purchase Subscribe to VenuesNow – 1 Year, Subscribe to VenuesNow – 2 Years or Subscribe to VenuesNow – 3 Years. If you are already a member of VenuesNow, please login here: log in