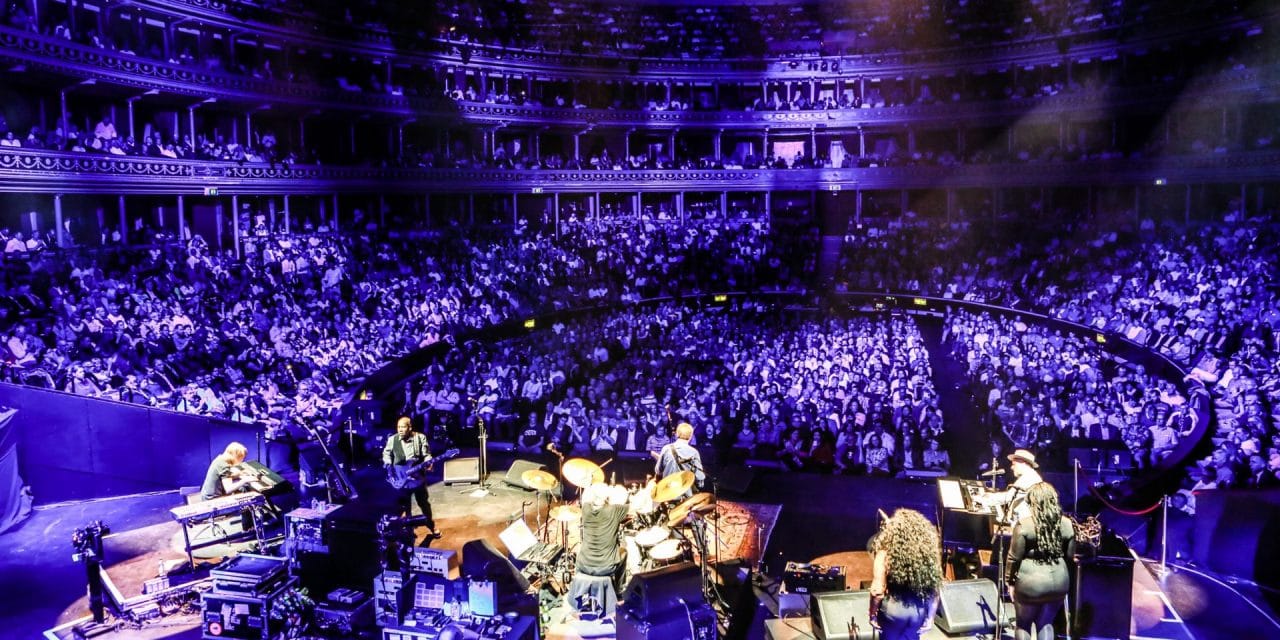 CREAM OF THE CROP: Eric Clapton, playing the Royal Albert Hall in 2015, has headlined 64 times at the venue in the last two decades. (Getty Images)

Live entertainment on the stage of London’s Royal Albert Hall has varied greatly during the theater’s 150-year history, but the majority of those years fall well before the confines of our box-office archives. Pollstar did not receive reports of ticket sales there until 1999, yet even in that almost 22-year period, highlights of live activity on the historic stage are rich and numerous.

One of the annual traditions at the Royal Albert Hall is BBC Proms, a multiple-week series of classical music concerts and other performances held there as well as other London venues. The name “Proms” is short for promenade and refers to the traditional custom at outdoor events of audience members strolling (or promenading) around the grounds during the concert. The term is still used today as venues involved with the series have standing room available so attendees can stroll, all for a lower ticket price under 10 pounds, or about $14.

The archives include data from two years of BBC Proms concerts, the first being 2015 from July 17 through the final night, customarily the second Saturday of September. In that year it was Sept. 12. The number of sold tickets was 263,603 at 74 concerts for a gross topping $6 million. The best-attended performance that summer was Aug. 18 with 5,390 tickets sold.

The overall show count was also 74 in 2016 with shows July 15 through Sept. 10. Just like the previous year, the top ticket count for a single performance was recorded on the third Wednesday of August, the 17th in 2016. Attendance that night was 5,200. In both years, the West-Eastern Divan Orchestra conducted by Daniel Barenboim was the main draw for the show. Overall, in 2016, tickets numbered 262,526 with a $5.3 million gross.

Also figuring prominently in the performance history at the Royal Albert Hall is Cirque du Soleil with productions stretching back to 1996. That was 17 years, however, before ticket sales were reported to Pollstar. In 2013, the “Kooza” show played from Jan. 5 through Feb. 14 and grossed $18.3 million from 172,218 sold seats at 59 shows. Then, in 2015, the venue again hosted “Kooza” early in the year, earning $15.1 million from 146,338 tickets at 60 performances.

Among solo musical performers, one of the names that stands out during the past two decades is rock artist Eric Clapton, who has 60 headlining shows on record — 64 if you count the sold-out reunion of the band Cream in May 2005 that drew 18,088 fans over four nights. The combined gross from all 64 of his concerts totals $35.2 million from 301,006 tickets.

Another British rock veteran, Mark Knopfler, has 27 performances on record at the performance hall for a $7.5 million haul from 112,546 tickets at six engagements. Each included at least two performances, but he played six shows in the 2008, 2010 and 2013 stints.

Continuing with the sampling of just a few of the artists who have performed at the venue, R&B star Gladys Knight is on the books with concerts in three consecutive summers beginning in July 2015. Her three-show ticket count is 11,573 with gross earnings of $792,972.

Country artist Kacey Musgraves headlined the venue for the first time on Nov. 18, 2015, in what she has called a “bucket list” experience for her. Coming the year after she won her first two Grammy Awards, her performance drew a capacity crowd of 3,876 and earned a box-office take of $116,225.

Since the first reported show at the Royal Albert Hall in June 1999, box-office revenue totals $307 million from 1,385 performances housed in the archives. The overall number of sold tickets sits at 4,516,624.