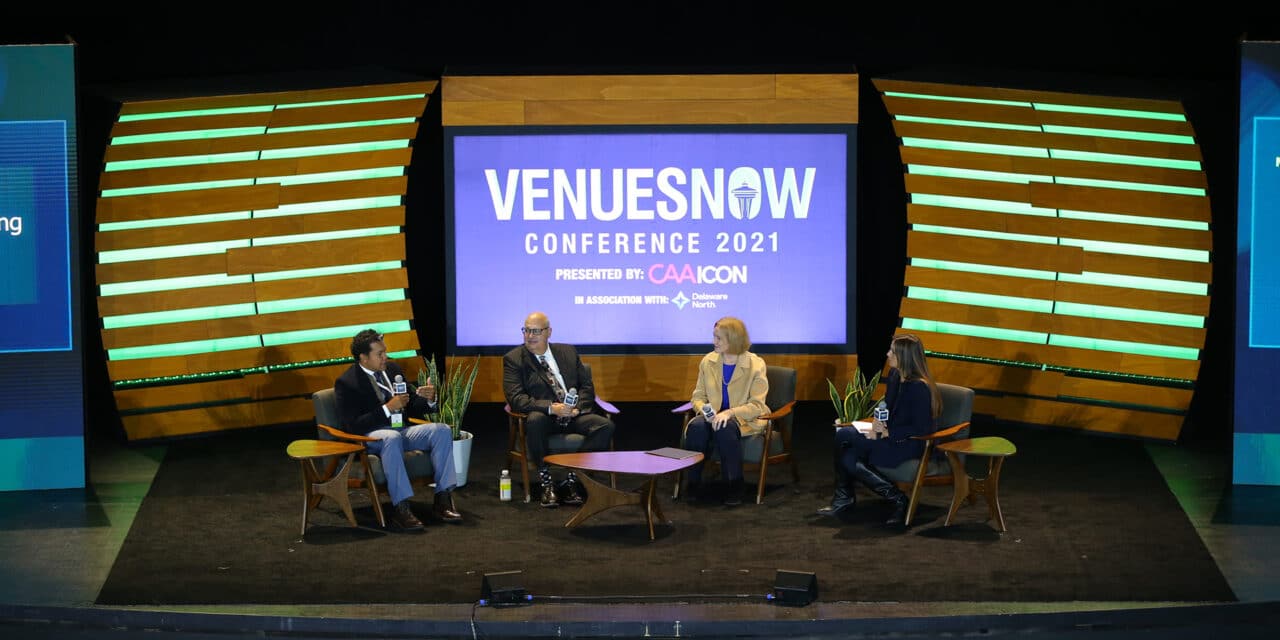 From 1962 World’s Fair to opening of $1 billion-plus arena, Seattle keeps eye on the future

The journey that led to the opening of Seattle’s Climate Pledge Arena began long before the shovels hit the ground and started digging 60 feet below grade to create a new venue beneath the historic roof of the former KeyArena.

“Some would be surprised at just how long it took to get here,” Francesca Bodie, president of business development at Oak View Group, the company that developed the latest iteration of the arena, said during a VenuesNow Conference session titled, “Jewel of the Northwest: Elevating the Public/Private Partnership.”

For Carl Hirsh, managing partner of Stafford Sports, it has been a 20-year odyssey that began with attempts to keep the NBA SuperSonics from bolting to Oklahoma City, which happened after the 2007-08 season. 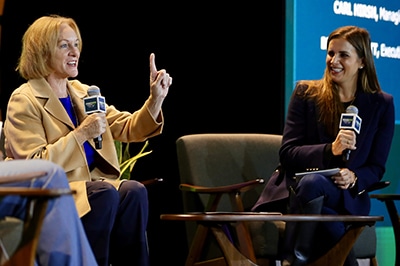 “My history started in 2002 when I was hired by the Sonics to try to get them a renovated or new arena under the ownership of (former Starbucks Chairman and CEO) Howard Schultz and Marty Walker, and I did that for four years,” Hirsh said. “When that went nowhere, I was sort of out of the picture and then in 2010 when the group was interested in the SoDo (south of downtown) arena, I got back involved and I’ve been on it ever since. So, as far as I’m concerned, it’s 19 years to get here.”

“My mom was actually born in Seattle during the Depression and a kind of a purple generation formed their view of how to grow Seattle and what to do, but they had this vision of how we could really reach for the stars and be an innovative city,” she said. “When I was a young child, we had the World’s Fair right here in Seattle Center and it really was our city’s civic stake in the ground to say, ‘We believe in the future and we’re going to lead there,’ and I think this is another one of those events. Through the darkest months and almost two years of our city’s history, we kept going, and opening this arena, people are going to see that it is going to be transformative, together with our new waterfront park. It’s not going to just bring sports and concerts, it’s going to bring people together. I was there the other night for the first concert and the whole neighborhood was teeming with activity. This is going to bring us out of COVID. It’s going bring us together. It’s going to be a celebration and we’ve got some great sports teams that are going to play there.”

Session moderator Bodie was quick to point out that in addition to NHL expansion team the Seattle Kraken, which made its home debut Saturday night, one day after Coldplay officially opened the arena, CPA is home to the four-time champion Seattle Storm of the WNBA.

“Well, it helps to already have a championship team,” she said to the mayor’s obvious approval.

Brian Surratt, executive director of the Puget Sound office of community development organization Local Initiatives Support Corporation, was director of Seattle’s Office of Economic Development from 2015 to ’17. He negotiated a memorandum of understanding to redevelop Climate Pledge Arena that outlined much of what came to be in regard to financial and other terms.

“As you all know, you’re in the industry, how complicated building arenas like this, how complicated financing these things are and how politically charged and emotionally charged they can be,” he said. “When we started the process, I remember the first time I met Carl and (he) became a bit of my therapist. I said, ‘We’re going to do this because frankly, the city, we had no choice but to do this. But we had to do it the Seattle way.”

“So, we had to do an RFP and we wanted the best and brightest ideas to come,” he said. “The mayor talked a bit about Seattle being a place that’s always needed to be bold. We punch above our weight in so many different aspects, when you think about all the global brands that come out of Seattle. But the proposal that Oak View had offered to the city, it blew me away. I’m not an expert in this space, but the vision and the boldness and the audacity, frankly, to say, ‘We’re going to transform that old arena and create something new and dynamic that really says, Seattle, you’re on the map.”