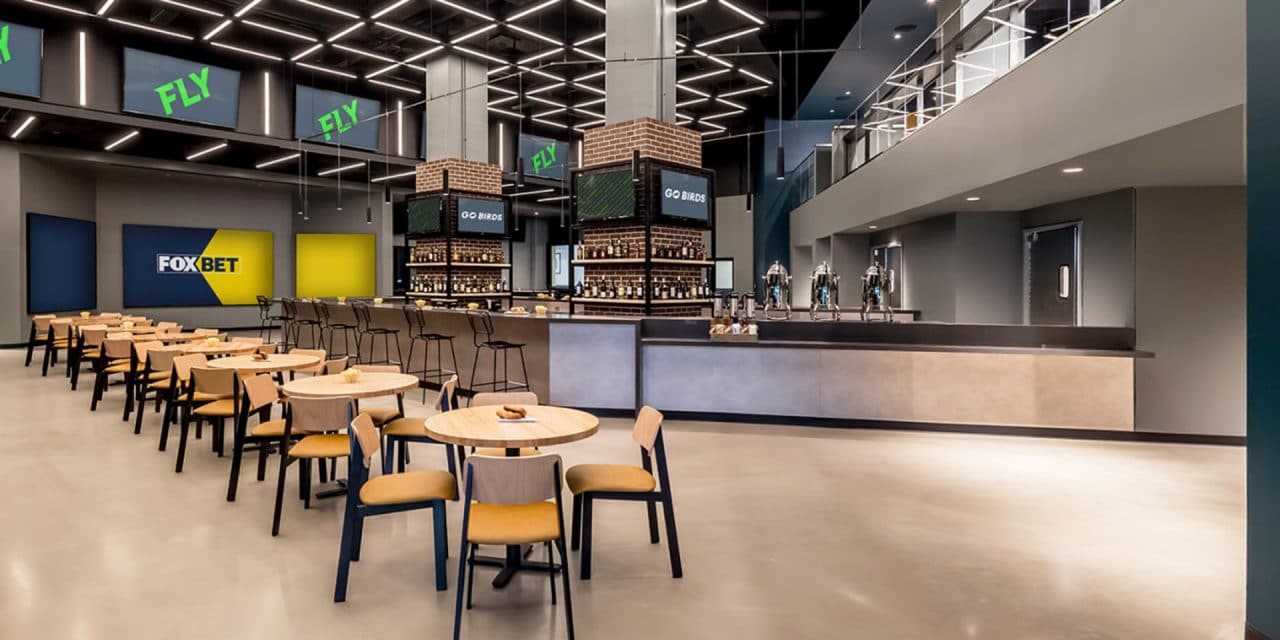 ODDS ARE GOOD: The Fox Bet Lounge at Lincoln Financial Field offers members premium perks in a sportsbook-themed space. (PhiladelphiaEagles.com) They’re splashing their brands on in-venue areas as they battle for market share PlayUp, an Australia-based sportsbook operator, has its work cut out as it fights for a share of the increasingly competitive U.S. sports betting market.   After going live in Colorado in March, PlayUp is readying its launch in New Jersey, a state that has established itself as the most robust sports betting market in the nation. More than $6 billion in sports bets were placed in New Jersey last year; Nevada, with $4.3 billion in handle, was a distant second. While that’s enticing for companies with market access in the Garden State, grabbing a slice of the pie doesn’t come easy when competing against established brands like FanDuel, DraftKings, BetMGM and William Hill. PlayUp sees its sponsorship […]
To access this post, you must purchase Subscribe to VenuesNow – 1 Year, Subscribe to VenuesNow – 2 Years or Subscribe to VenuesNow – 3 Years. If you are already a member of VenuesNow, please login here: log in