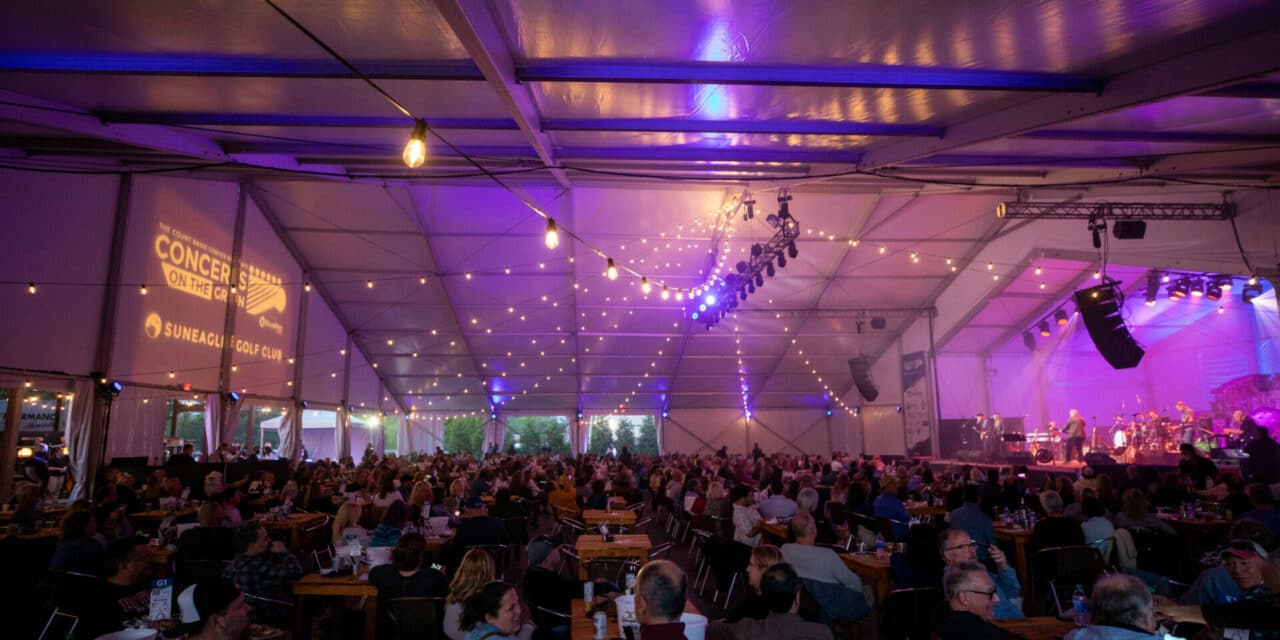 Bobby Bandiera performs his “Runnin’ Down a Dream: A Tribute to Tom Petty” show during opening weekend of Concerts on the Green at Suneagles Golf Club in Eatontown, New Jersey. (A. Herch)

The Count Basie Center for the Arts in Red Bank, New Jersey, has been anything but passive in the face of the shutdown of its main venue, the Hackensack Meridian Health Theatre. It staged music and comedy shows first at nearby Monmouth Park racetrack and the Blue Grotto restaurant in Oceanport, then at The Vogel, a 20,000-square-foot, 800 standing-room capacity room that opened last year at the center with a show by Grace Potter, and now at Suneagles Golf Club in Eatontown.

The Concerts on the Green series, which includes a preshow dinner reservation, kicked off May 14 and 15 with Bobby Bandiera’s “Runnin’ Down a Dream: A Tribute to Tom Petty” and continued May 21 and 22 with shows by Citizen Cope. Next up in the 500-seat socially distanced setting is a Wynton Marsalis show Friday, followed by Saturday and Sunday performances by Southside Johnny and the Asbury Jukes, the Garden State faves who helped kick off the drive-in series last year.

Additional artists will be announced throughout the summer and programming will to return to the main theater in the fall. The shows are produced by The Basie Presents.

The center is also putting on outdoor shows in the new William James and Catherine Basie Plaza featuring up-and-coming comedians and musicians, and a number of those have sold out as have many of the Concerts on the Green.

All in all, the Basie has over 150 events on the books in various locations. A number of the bookings are already sold out.

Izzy Sackowitz, Basie Center executive vice president and general manager, does all of the booking and said it’s been a year of creatively trying to make the best of a bad situation. That included taking over a local cinema as a way of bringing in some revenue at a time when $1 million a month losses were the norm.

“It’s been a long, strange year,” Sackowitz said. “The fact is, with the exception of a few months, maybe March, April and some of May (of 2020) we never really stopped. We rolled right into a drive-in series early last summer and then that continued into the Blue Grotto, which was a seated, outdoor venue for 500 and tables of two, four and six, and as summer wrapped up that series, we closed in mid-October and went right into launching our new club space, The Vogel. … I think we’ve done 100 performances (there) since October. Only 150 seats, but we’ve pretty much sold out every event.” 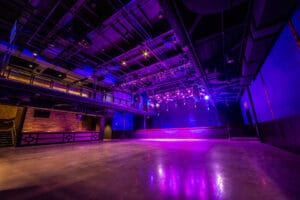 As the summer approached and guidelines had not been relaxed the Basie pivoted once more and put together the Concerts on the Green series, he said.

“All the while we’re starting to prepare for what the fall looks like inside the historic theater at hopefully full capacity,” Sackowitz said, added that it will also be excited to get to full capacity in The Vogel, which can accommodate 400 seated guests.

Sackowitz credited Basie Center President and CEO Adam Philipson and a collaborative staff and executive board for driving the creativity that has kept the center afloat during the shutdown.

“It really is a team effort,” he said. “We’re always exchanging idea and looking for the next opportunity to grow our impact in the community and engage through all of our programs, not just ticketed events, but our education programs, our community events, our performing arts academy; these are all things that make our engine go.”

“There is a culture here that really does support what we do,” he said. “It’s ingrained in society here, at the Jersey Shore and throughout New Jersey. People do respond. Last summer, we were worried. ‘Are people going to come out? Do they want to sit in their car and watch a show? Will they come sit at a table six feet away from another group and watch a show?’ And they did, man. They came out, they supported the drive-ins, they supported our Blue Grotto series, The Vogel, the Concerts on the Green summer series, the shows that we put up in the historic theater for the fall.