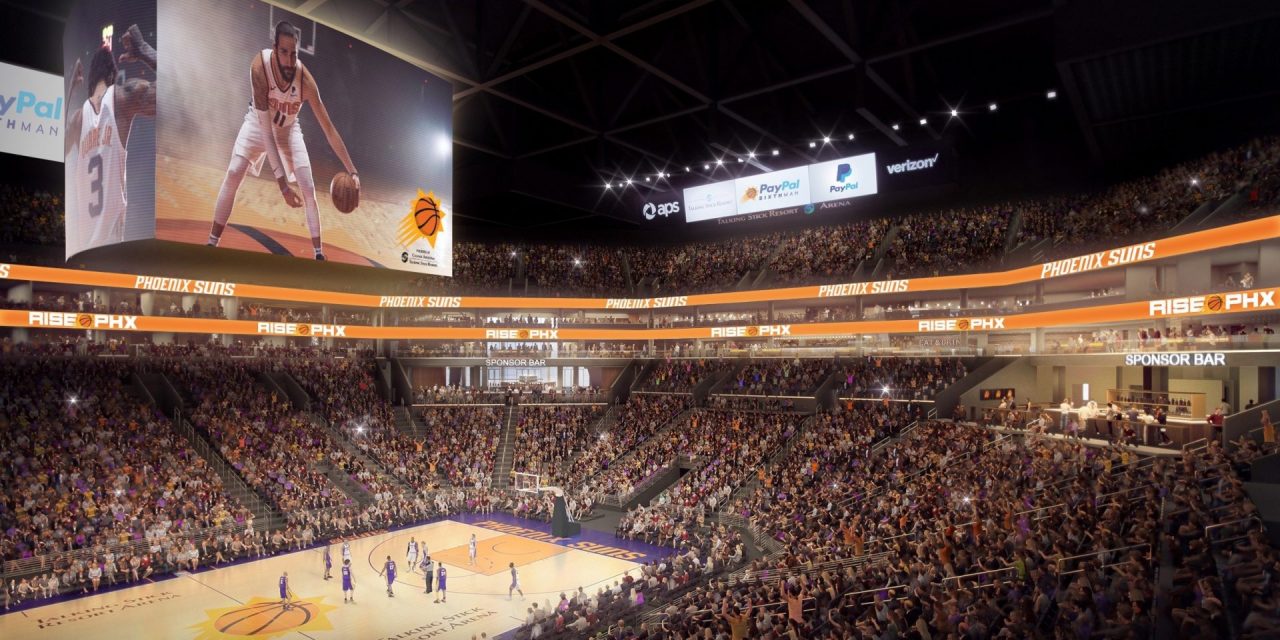 The new center-hung videoboard at Talking Stick Resort Arena in Phoenix will be six times bigger than the existing board. (Courtesy Phoenix Suns) Event-level clubs, entry pavilion changes planned for Talking Stick Resort Arena The Phoenix Suns are transforming Talking Stick Resort Arena with three new event-level clubs, including a much-needed courtside club; a reconfigured entry pavilion; and two corner bars integrated into the seating bowl off the main concourse. In addition, the Suns are introducing bunker suites, a product common at other big league venues. In Phoenix, the ultra-premium spaces, typically underneath the stands with no views to the game, are situated on the arena’s south end. They’re being sold on 10-year terms at an annual cost of $750,000. Those patrons’ seats to watch the game are in the first few rows of the lower bowl.  The Suns released details of the $230 million renovation Thursday evening at the […]
To access this post, you must purchase Subscribe to VenuesNow – 1 Year, Subscribe to VenuesNow – 2 Years or Subscribe to VenuesNow – 3 Years. If you are already a member of VenuesNow, please login here: log in