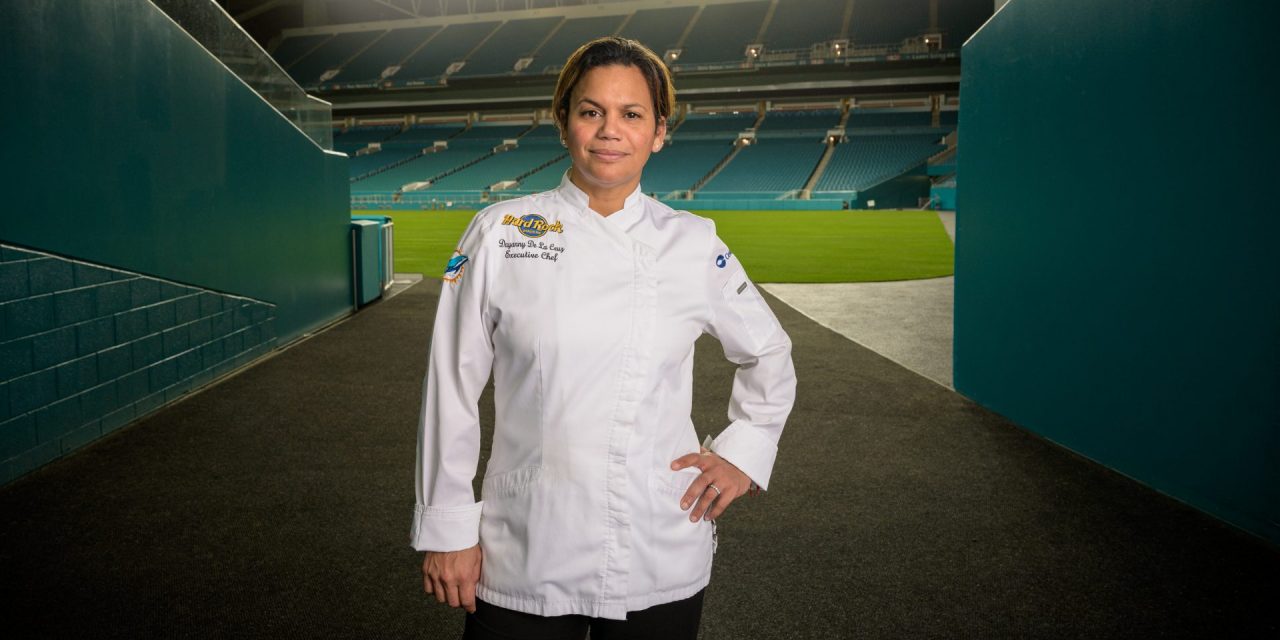 FOOD QB: Dayanny De la Cruz will preside over F&B at the Super Bowl. (Matthew Noel / Centerplate) Centerplate’s Dayanny De la Cruz has been preparing for this moment since she was 6 The Kansas City Chiefs are going to the Super Bowl for the third time this year; it will be the seventh appearance for the San Francisco 49ers. Beating them both is concessionaire Centerplate, which will be providing food and beverage at the biggest game of the year for the 15th time. Besides the new creations being cooked up for this year’s game, there’s something else new on the menu, according to Centerplate officials: the first female Super Bowl head chef. Super Bowl LIV will take place Feb. 2 at Hard Rock Stadium near Miami. Centerplate, owned since 2017 by Sodexo, has been providing hospitality services at the venue, the home of the NFL’s Miami Dolphins, since 2001 […]
To access this post, you must purchase Subscribe to VenuesNow – 1 Year, Subscribe to VenuesNow – 2 Years or Subscribe to VenuesNow – 3 Years. If you are already a member of VenuesNow, please login here: log in