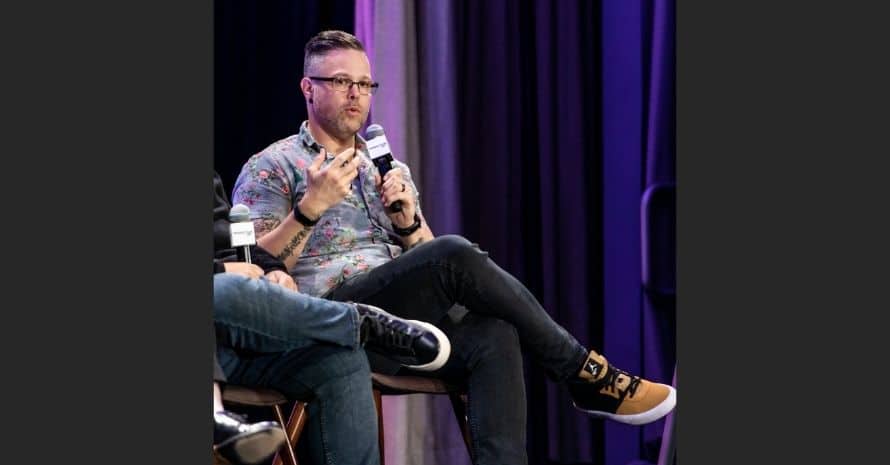 Like a superhero, Green Day’s seasoned production manager known as Zito goes by one name.

The Nashville-based road warrior extraordinaire, the same guy who pivoted to cinnamon rolls in the darkest days of the pandemic, can add lifesaving first responder to his resume.

“When we started our tour in rehearsals, we brought in some folks to do CPR and first-aid training and we did a session on CPR, AED (automated external defibrillator) training and all that sort of thing and then we did a session on first aid,” Zito told the Production Live! audience Feb. 7 during a panel discussion titled “Stranger in a Strange Land: Road Managing in 2022.”

The training was part of getting back the touring muscle memory after more than one year of the shutdown, Zito explained, which affects not only the road crew but venue staff, stagehands and all production staff from top to bottom. Skilled labor has been more difficult to come by, with staffing shortages brought on by the pandemic and many in the labor pool finding work in other industries.

“You do that stuff, and you hope it’s something you’ll never have to use,” he said, adding that prior to Aug. 20 he used to quip that live touring work wasn’t saving lives. “But that’s not always true. I was first responder for this 23-year-old kid who was literally dying in front of me.”

The young man had severed his fermoral artery in forklift mishap.

Time stood still and, as Zito looked at the young man, a member of the road crew, he knew this was a life-threatening emergency. It occurred during load out after the Hella Mega tour’s Aug. 20 date at Citizens Bank Park. Depending on how the primary leg artery is severed, loss of consciousness and death can occur within minutes, so every second counts, as Zito would later come to understand in a way he didn’t before he went into action.

The training kicked in.

“As I’m taking my belt off to use as a tourniquet on this poor kid’s leg, words are going through my head, the training, what he told me and all those things, (how) you’ve got to make a split-second decision to lose a limb or lose a life,” he said.

Zito said he wasn’t going to let his crew member die without doing everything he could for him.

“It was hands down the most horrific and traumatic experience I’ve ever been a part of,” he said.  “When they took him away (it was like) everything stops, waiting on OSHA to come and clear it. When he went away in the ambulance after he passed out and by the time EMTs came, minutes later I thought he was dead. I thought I had failed.”

The blessed truth is that the roadie lost neither life nor limb, though a doctor later called and said that he was less than a minute from death when he reached the emergency room.

“If I never do anything else, that’s the most important thing I’ll ever do,” he said. “It was really special. He saved his leg. He was in the hospital for three months; 32 surgeries. … That moment changed not only his life but everyone one of our lives who was on the tour.”

After he left the stage, Zito said he would soon visit the young man. He mentioned that his blood-soaked clothes were ruined and he lost the life-saving belt, but the roadie’s parents sent him a new one as a small token of their appreciation.