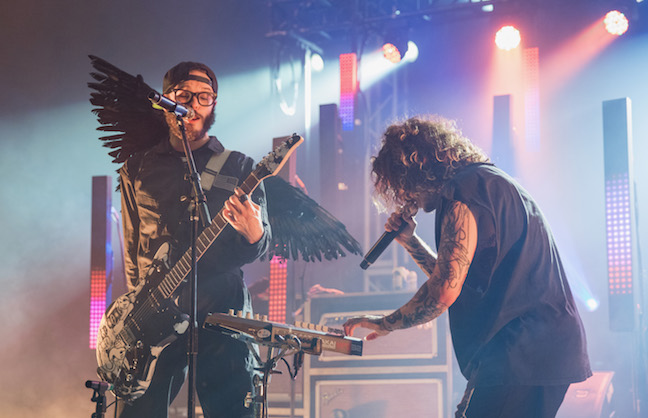 Jordan Kelley and Jason Huber of Cherub perform at Austin’s Stubb’s Bar-B-Q in October. (Getty Images) Graham Williams has seen his hometown of Austin grow up from a sleepy college town — and an afterthought to most concert tours — to become one of the most prominent cultural and economic powerhouse cities in America. Since he started promoting underground punk and metal shows as a high schooler in the mid-90s, he’s grown into one of the city’s best-known promoters, and his company Margin Walker Presents is the largest independent promoter in Texas, with regular events in Austin, Dallas and San Antonio. In the mid-2000s he co-founded Transmission Events, which promoted in most of Austin’s biggest clubs and midsize venues and earned national acclaim during the 10-year run of its multiday Fun Fun Fun Fest. VenuesNow caught up with Williams by phone to talk over what’s happening in his fast-growing and […]
To access this post, you must purchase Subscribe to VenuesNow – 1 Year, Subscribe to VenuesNow – 2 Years or Subscribe to VenuesNow – 3 Years. If you are already a member of VenuesNow, please login here: log in