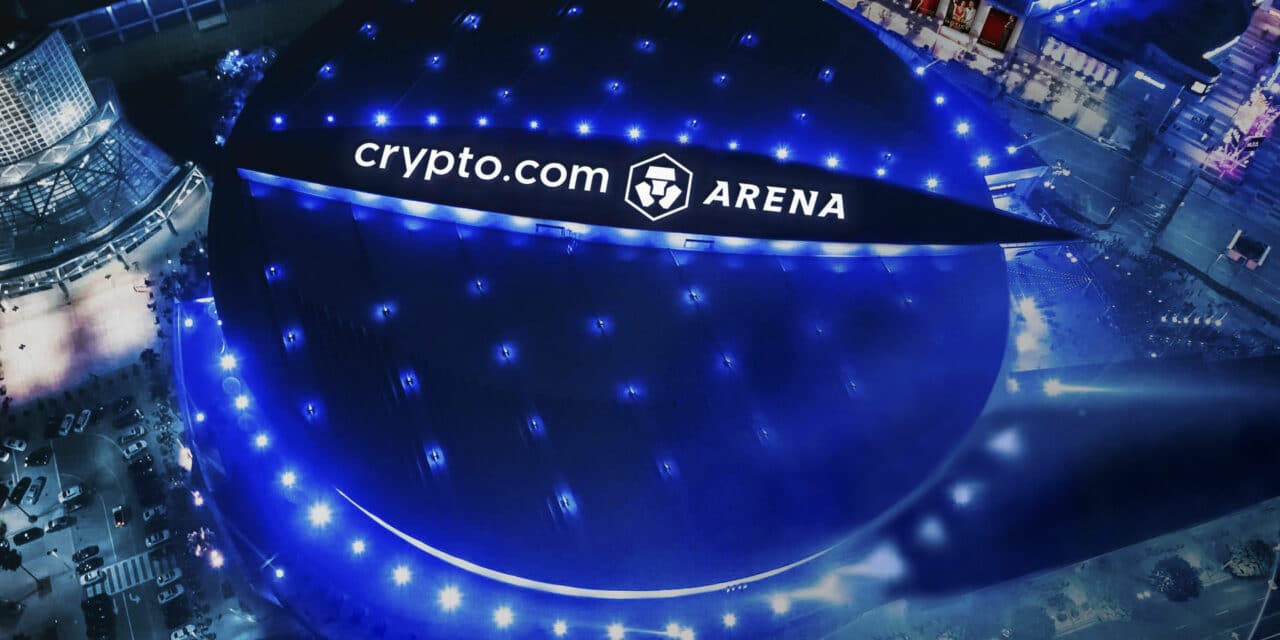 A rendering of Los Angeles’ Crypto.com Arena, formerly known as Staples Center, which will assume its new name on Christmas Day. (Courtesy AEG)

AGREEMENT VALUED BETWEEN $700 MILLION AND $800 MILLION

The 20-year agreement takes effect on Christmas Day and is valued at between $700 million and $800 million, according to one source tied to the naming rights space. That value would make it the most lucrative venue naming rights agreement in U.S. history.

AEG Global Partnerships brokered the deal, which will also bring premium branded areas to the 20,000-capacity arena and activation areas to the campus and its surrounding L.A. LIVE campus. The deal will most likely extend to other AEG properties worldwide, sources said.

“This partnership is about the future,” said AEG president and CEO Dan Beckerman in a statement. “AEG and Crypto.com not only share a vision about innovation and the future of sports and entertainment, but we also have a shared commitment to our communities where we work and live. We look forward to partnering with Crypto.com to create meaningful initiatives to bring that vision to life in the years to come.”

“Known as the creative capital of the world, the city of Los Angeles and the people who call it home have always been pioneers, pushing the boundaries and innovating as the undeniable global leaders of culture and entertainment,” said Crypto.com co-founder and CEO Kris Marszalek in a statement. “We’re very excited about partnering with AEG and investing long term in this city, starting with Crypto.com Arena in the heart of downtown, and using our platform in new and creative ways so that cryptocurrency can power the future of world class sports, entertainment and technology for fans in L.A. and around the world.”

In addition to hosting games by the Lakers, the NBA’s Los Angeles Clippers, the NHL’s Los Angeles Kings, and the WNBA’s Los Angeles Sparks, the arena stages scores of concerts and other special events, including 19 of the last 21 Grammy Awards shows. The venue was named VenuesNow’s All-Star Arena in 2020 and has several planned renovations in the works.

Staples had been the venue’s naming rights partner since its 1999 opening, when the office retail company paid $120 million for a 20-year partnership. The arrangement was extended to a lifetime deal in 2009, which AEG bought Staples out from in 2019.

The venue is the second NBA arena to recently partner with a cryptocurrency company for naming rights. Earlier this year, cryptocurrency exchange FTX inked a 19-year, $135 million deal with the home of the Miami Heat, formerly known as American Airlines Arena.