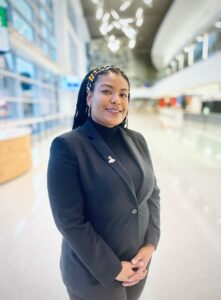 Alysha Miller grew up as a Bucks fan, having started with the recent NBA champs in 2016 when they still played at the Bradley Center, and says that while getting caught up in the day-to-day of work and looking at the whirlwind of the pandemic, the last couple of years look like a blur.

“It was probably one of the most challenging years of my professional life, but looking back it pushed me, made me a stronger professional, stronger leader and person,” she says.

Miller is responsible for making sure every Milwaukee Bucks ticket, from the ticket office, season ticket members or actual individual tickets, is processed accurately, which has led to one of her managers referring to her as the “puppet master.”

Having grown with the team during its move to the $524 million Fiserv Forum in 2018 to now getting ready to host a nationally televised Christmas Day NBA game, Miller says 2020 already seems like a long time ago.

“We went to full capacity for the finals, which was great, because there was a point when we had only 250 people in the building, which was crazy,” she says. After saying the process of getting back to full capacity was “fun,” Miller realizes she may have chosen the wrong word. “I’m not going to lie, it wasn’t that fun.”

With all the challenges of the pandemic, Miller noted the “racial pandemic” of 2020, jumpstarted by the somewhat nearby killing of George Floyd in Minneapolis and, in August, the Milwaukee Bucks electing to sit out their own Game 5 in the first round of the NBA playoffs in protest of the Jacob Blake police shooting in Wisconsin.

“Our company is very supportive of diversity and inclusion and making sure not only the company knows internally but the community as well,” says Miller, who is on the team’s Diversity Leadership Council and is also co-chair of the African American Employee Resource Group. “That’s a major risk to take, deciding not to play a game, right? In the end, they took that stand, and the following year ended up winning the championship.”

Although brought on by unfortunate circumstances, Miller says efforts locally and beyond have made a real difference.

“I definitely believe it’s progress,” she says, noting the minority-majority population of her city. “Thinking over the last year, we’ve made sure the company is moving in the right direction in terms of diversity. We have more African-American employees than ever, not just on the court but the front office.”

With business ramping back up and an NBA championship under their belts, Miller says the team and fans are ready for more highlights.

“It’s so great to be back in the building with fans and to hear the crowd roar,” the lifelong Bucks fan says. “I’ve said this a million times, but just being in my field of dreams where I can stand on the court and look back up at the fans, remembering being a kid at those games – sometimes I have to pinch myself.” 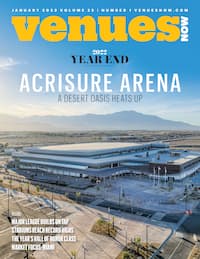