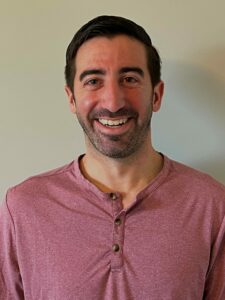 As ticketing manager for AEG Presents’ Global Touring division, Dan Cleff oversees tours from Luke Combs to Rammstein – but originally, he had his eyes on the sports world.

Cleff attended Temple University for its sports management program, and through the school’s tourism and hospitality management program landed an internship in his senior year at Madison Square Garden in the group sales department. There, he worked Knicks and Rangers games, but also helped the company with its client experiences for the Radio City Christmas Spectacular and other family entertainment shows.

The internship yielded a full-time gig with the company, where Cleff worked for more than two years on the group sales team before moving to Hershey Entertainment & Resorts, where he worked as senior assistant ticketing manager for two years, and then Barclays Center, where he served as box office manager for four years.

Through those roles, Cleff became adept at managing dense, varied event calendars – from hockey games to Disney On Ice to concerts – and delivering positive outcomes to colleagues, clients and fans alike.

By the time Cleff took his current job at AEG in fall 2017, he was prepared to oversee ticketing for the company’s deep stable of tours. Today, Cleff coordinates with box office managers throughout the country to ensure national onsales go off without a hitch, and after tickets become available, he works with managers, agencies, and labels to maximize sales and sort out any ticketing challenges than arise.

Like most ticketing professionals, Cleff and his team had to navigate plenty of obstacles when the coronavirus pandemic arrived, whether relaunching marketing plans, rescheduling tours (often multiple times) or reissuing tickets. But those challenges also precipitated innovation, including Cleff’s observation of the widespread adoption of mobile ticketing in recent months since the live industry returned – which, despite the fan education it has required, has ultimately eased some of the challenges faced by the box office employees Cleff works with.

Cleff knows he’s lucky to work in the live industry, where he’s attended marquee events from the Rock & Roll Hall of Fame induction ceremony to the NBA draft – although he points to sitting in an empty stadium while Neil Young and Crazy Horse soundchecked “Like a Hurricane” before their Farm Aid performance as the most unforgettable moment of his career.