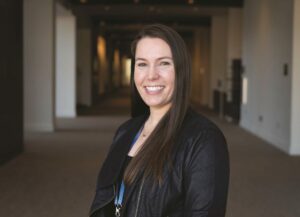 Shannon Elliott has seen the live industry, and the ticketing sector along with it, change several times over her 27-year career at Lexington Center Corporation, the company that encompasses Rupp Arena, the Lexington Opera House and the Lexington Convention Center in Lexington, Kentucky.

“When I started in the early ‘90s … internet sales really weren’t a thing,” says Elliott, recollecting the long lines that would wind around the venue for in-person sales during her early days on its staff.

Elliott uses Garth Brooks, who played multi-night runs at Rupp in 1993 and 1998, as a microcosm of the rapid paradigm shift in ticketing during the ‘90s. The onsale for the former took place almost entirely in-person; the latter nearly completely online.

Elliott started at Rupp, which comprises the bulk of her job, in a part-time capacity as a college student, before rising through the ranks from supervisor to box office assistant manager to box office manager. Today, she oversees the team that builds out all events and national tours at all Lexington Center Corporation properties, and she works with promoters to determine pricing and scaling. Elliott’s team also runs settlement after events.

“My department is there from start to finish,” she says.

As ticketing has evolved, so has the work of Elliott’s team, which now frequently touches duties associated with operations and marketing – on top of navigating new technologies like mobile ticketing.

“My staff is going from selling tickets at an event to more mobile resolution,” she says. “They’re coming out from behind that window and going face-to-face with the customers at the gates in a lot of instances.”

Not that that’s a problem – in fact, Elliott cites interacting with patrons as one of the best parts of her job.

“The customer service aspect of this can be extremely rewarding,” she says.

“They started doing our booking and we saw a dramatic increase into our venue for national tours,” she says. “They keep us on our toes.”