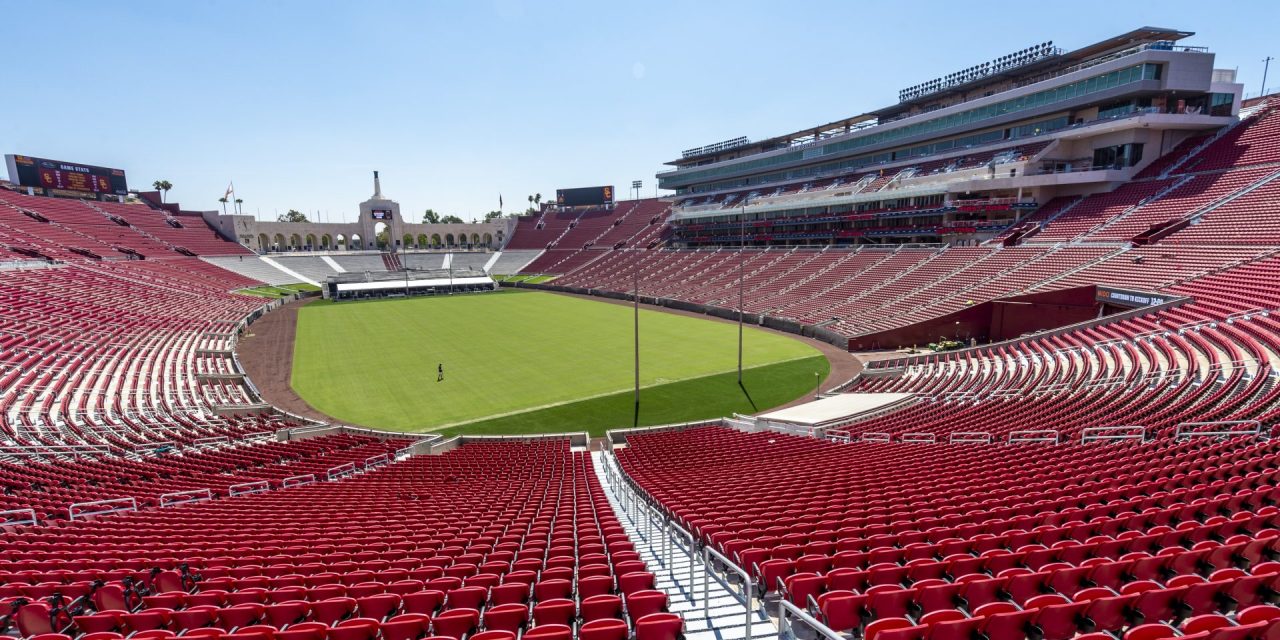 A $315 million renovation modernized the historic home of University of Southern California football. (Courtesy USC) Seven-story addition completes overhaul of Los Angeles Memorial Coliseum  The historic nature of the Los Angeles Memorial Coliseum, built in 1923, gave the venue a legendary status. It still lacked many of the amenities expected in a modern facility, however, until it underwent a $315 million renovation that touched nearly every aspect of the stadium and reopened in August.  The work extended throughout the stadium, from installing new seats to adding Wi-Fi to building the 3,000-capacity, seven-story Scholarship Club Tower tucked into the historic bowl. The new 235,000-square-foot addition, which includes 42 luxury suites, a multilevel club space and a 500-capacity rooftop deck and replaces an outdated two-story press box, brought with it tricky engineering challenges created by working within a nearly 100-year-old concrete structure. But the effort was worth the value it added for […]
To access this post, you must purchase Subscribe to VenuesNow – 1 Year, Subscribe to VenuesNow – 2 Years or Subscribe to VenuesNow – 3 Years. If you are already a member of VenuesNow, please login here: log in