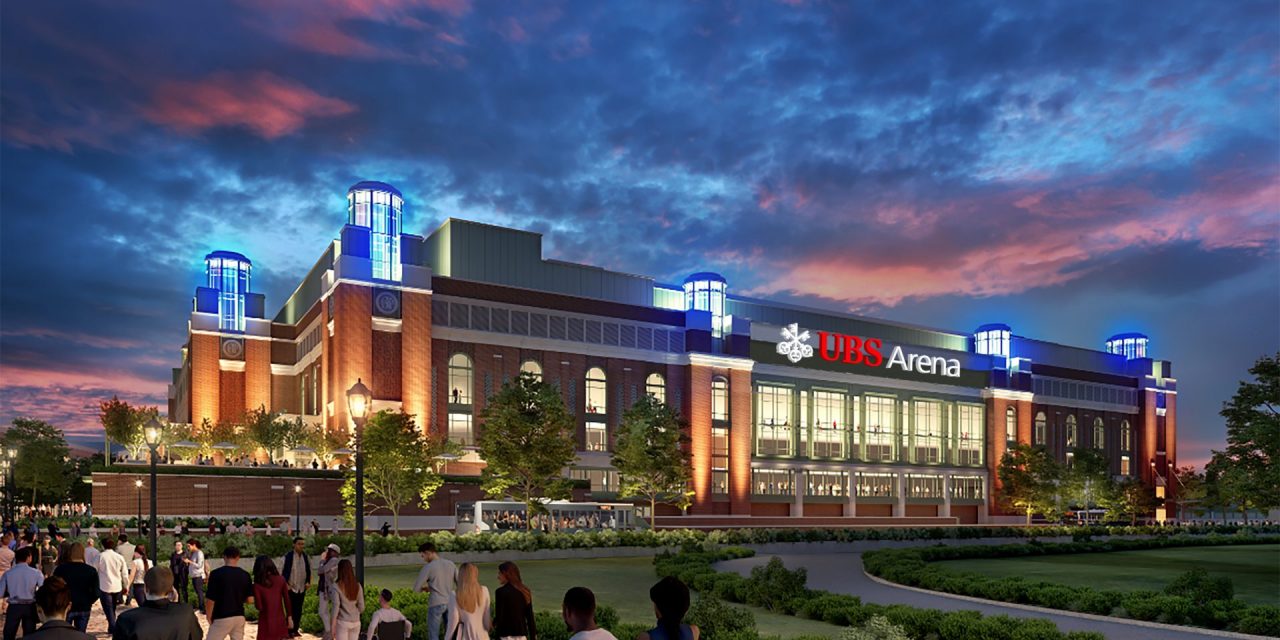 The New York Islanders’ new arena is part of a redevelopment of historic Belmont Park. (Courtesy New York Islanders) Swiss investment bank signs 20-year deal valued at more than $300M Oak View Group has signed UBS, among the world’s biggest investment banks, for naming rights to the New York Islanders arena at Belmont Park. The deal for UBS Arena is valued at more than $300 million over the course of the 20-year term, according to industry sources. OVG, the arena developer and the Islanders’ sales agency, is a partner in the arena project with the NHL team; Sterling Project Development, owned by the Wilpon family, owner of the New York Mets; and Value Retail Management, whose founder and chairman is Islanders co-founder Scott Malkin. (OVG also owns VenuesNow and Pollstar.) The $1.5 billion arena, designed by Populous and built by AECOM Hunt, extends to a mixed-use project next door that […]
To access this post, you must purchase Subscribe to VenuesNow – 1 Year, Subscribe to VenuesNow – 2 Years or Subscribe to VenuesNow – 3 Years. If you are already a member of VenuesNow, please login here: log in