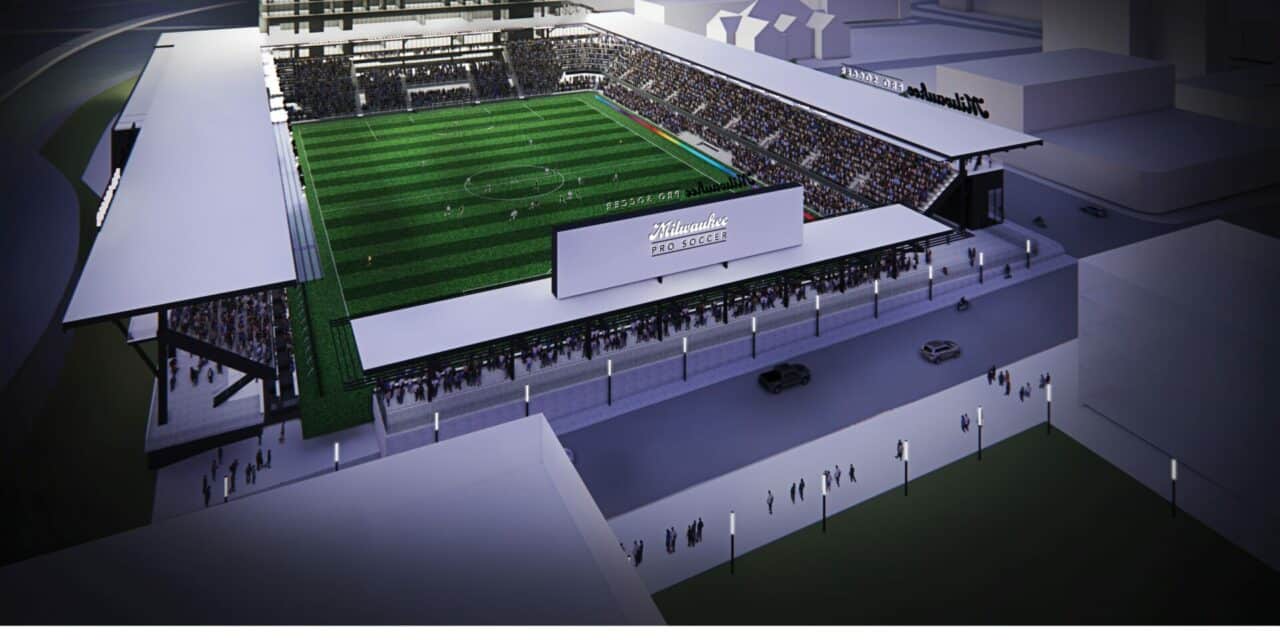 THE PITCH IS BACK: Milwaukee was just named host city for a USL Championship expansion team, which will get a new 8,000-seat stadium. (Courtesy Milwaukee Pro Soccer)

An 8,000-seat USL stadium and 3,500-capacity music venue are in the works to anchor the $160 million Iron District in Milwaukee. The city was awarded the newest USL Championship expansion team.

Construction on what is being called Iron District MKE will begin later this fall, with the complete demolition of an old Ramada Inn. Along with the stadium and indoor concert facility, to be operated by Pabst Theater Group and AEG, the development includes a 140-unit residential complex, boutique hotel and retail and dining establishments.

The new stadium, expected to open in 2025, will also serve as home field for Marquette University men’s and women’s soccer teams and lacrosse. The Milwaukee Pro Soccer organization has launched a “Name The Team” campaign that will help determine the future pro team’s name, colors and overall aesthetic.

Master developer on the project is Bear Development, with JLG Architects and Kahler Slater as architects. GRAEF is serving as engineer, with contractor to be determined. A breakdown of venue costs is not yet disclosed, although the venues are included in the $160 million total development cost. The concert venue will be a 3,500-capacity standing venue, according to developers, operated by Pabst Theater Group and AEG Presents.

“The growth of soccer in the U.S. is leading to more stadiums, and those stadiums are embracing the live entertainment business as a revenue stream to grow the development,” said Gary Witt, CEO of the Pabst Theater Group. Witt’s company has done business in the city for the past 20 years, owning and operating historic theaters including 1,339-capacity Pabst Theater, 2,400-capacity Riverside Theater, the 4,000-seat Miller High Life Theatre and general admission venues Turner Hall Ballroom (987) and Back Room at Colectivo (300). “It is an exciting new opportunity for the live entertainment industry to embrace this growing U.S. sport.” 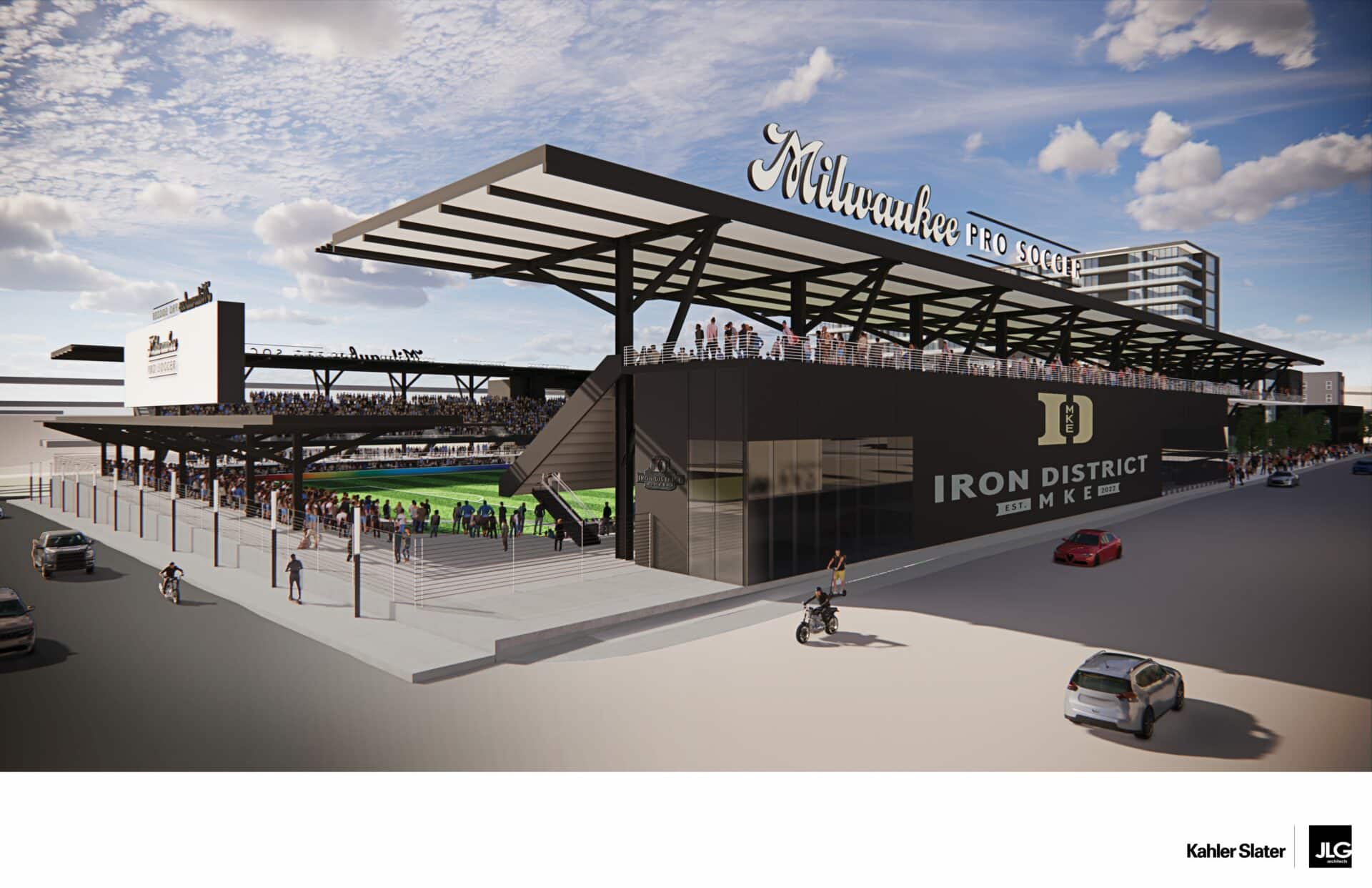 To Be Named Later: A “Name The Team” campaign has been launched as Milwaukee’s new USL team takes shape. (Courtesy Milwaukee Pro Soccer)

“This is an announcement we’ve been working towards behind the scenes for years, and I’m thrilled to bring high-level professional soccer to the city of Milwaukee,” said Jim Kacmarcik, chairman and CEO of Kacmarcik Enterprises, which owns the rights to the USL Championship franchise. “Major cities have professional soccer clubs, and we’re proud to deliver that to Milwaukee — a premier sports city with a rich soccer culture that runs deep throughout our community.”

“With our agreement with USL Championship now in place, we are ready to begin construction,” said S.R. Mills, Chief Executive Officer of Bear Development. “Whether you’re traveling from the south or west of Milwaukee, we view Iron District MKE as a transformational gateway to the city that will serve as an asset to the Westown neighborhood and all of downtown.”

Separately, Memphis 901 FC announced this week its plan to build a 10,000-capacity stadium within the city’s Liberty Park. Odell, a Charlotte architect, is designing the facility. The Liberty Park campus extends to Simmons Bank Liberty Stadium, home to University of Memphis football.