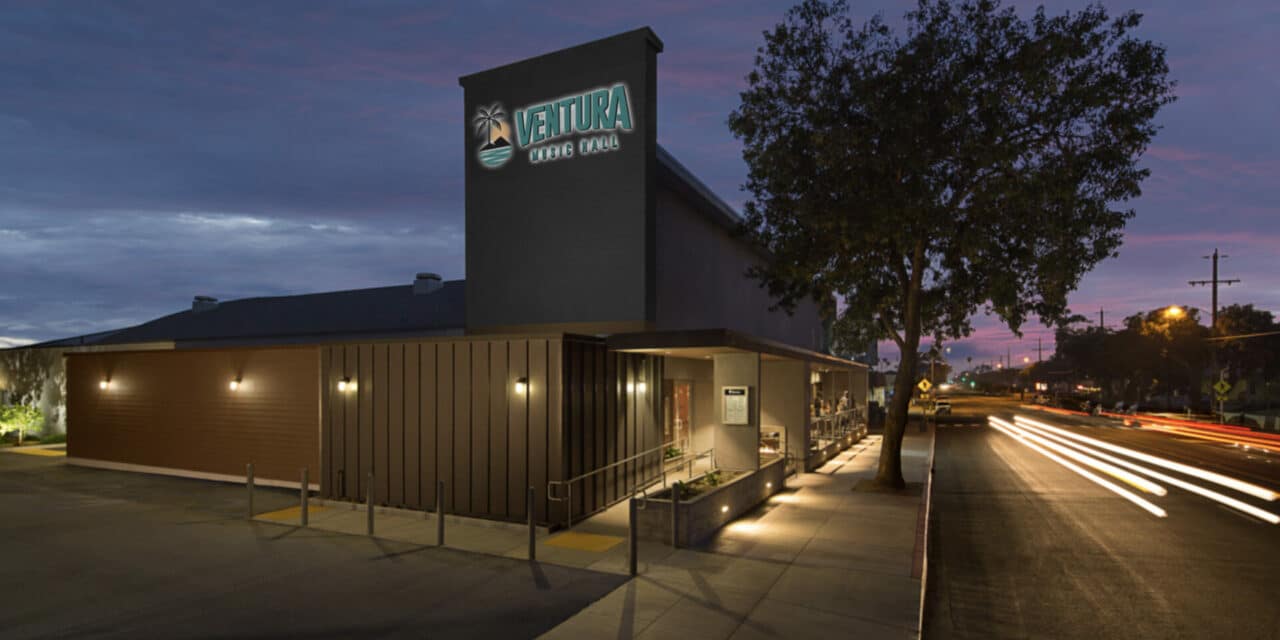 The 630-capacity Ventura Music Hall opens March 2022 with G. Love, with a full slate of touring artists booked into the summer. (Courtesy Venue)

Maybe it’s no surprise that with a population of 40 million people, California still has underserved markets. In fact, that’s the core of Ineffable Music Group’s venue business.

“I just want to be able to have enough leverage to serve the needs of the bands,” says Ineffable Music Group President Thomas Cussins. Along with a portfolio of venues it operates and books, the firm produces a handful of large music festivals and runs a record label. “Everyone has their places to play in LA and San Francisco, and I feel like our job is to give people quality options everywhere else that’s not those places.”

Coming online soon is the Ventura Music Hall, a 635-capacity club in the city just south of Santa Barbara and more than an hour’s drive from Los Angeles – not counting traffic.

“It really fit for us; it’s sort of a blue-collar beach town, much like Santa Cruz,” Cussins said. He’s based in Berkeley and produces the California Roots Music & Arts festival in Monterey.  “With Ventura, we can have a mid-sized club in a secondary (market) where there’s a million people in the county not being served for 300-600-capacity (venues). You’ve got the Santa Barbara Bowl which is amazing, and Ventura Theater at 1,300 capacity, but we need something to help build people up to those venues.”

The club adds to the company’s portfolio of venues operated in-state, which includes the Cornerstone in Berkeley; Fremont Theatre in San Luis Obispo; The Catalyst in Santa Cruz; Felton Music Hall near Santa Cruz; the Mystic Theatre in Petaluma; Arcata Lounge near Humboldt; and the Golden State Theatre in Monterey.

The building was previously a combination bowling alley and events space, It features a 600-square-foot stage, a large open floor, limited balcony seating and an arched ceiling. “Some people know how to combine bowling and music but I only know music,” Cussins said with a laugh.

“We don’t need to book the sexiest, coolest, hottest thing; we need to have good music of every genre all the time,” Cussins said, adding that Ineffable may have more rooms and cities to offer than any other local promoter in California.

Cussins said, “We always book based on, ‘Is there a good band available that day?’ Not based on holes on the calendar.”

The 2019 opening of Felton Music Hall, situated in the Santa Cruz mountain community of 3,000 nestled in the redwood forest, helped drive the project, he said.

“Felton Music Hall is a passion project to have our own Pappy and Harriett’s vibe in the redwoods,” Cussins says, referring to the Pioneertown institution that’s become known for hosting some of the hippest bands outside Joshua Tree National Forest in the Southern California desert.

Felton has an upcoming date with 23-year-old blues sensation Marcus King, which Cussins calls “an amazing underplay” for the venue.

“These venues are not done to make a boatload of money,” Cussins said. “We’re doing this to increase the infrastructure of the live music sphere we operate in. We need places that are going to bring out more bands, bands to play festivals, to manage and put records out. Each element might not make sense on a strict business level, but when you add it all together it creates a healthy ecosystem.”

While he notes the somewhat humble operation of a nightclub in a mid-sized city, Cussins stresses the importance of top-line amenities to create the best artist and fan experience.

“The idea for us always is to create a down-home, comfortable venue that feels like a living room in the community, where you can go to work, come back and stroll over and catch a good show,” he said. “But that’s when we pull out all the stops and make sure we have top of the line sound and everything else for bands, and then you get to see someone really big in your own backyard.”