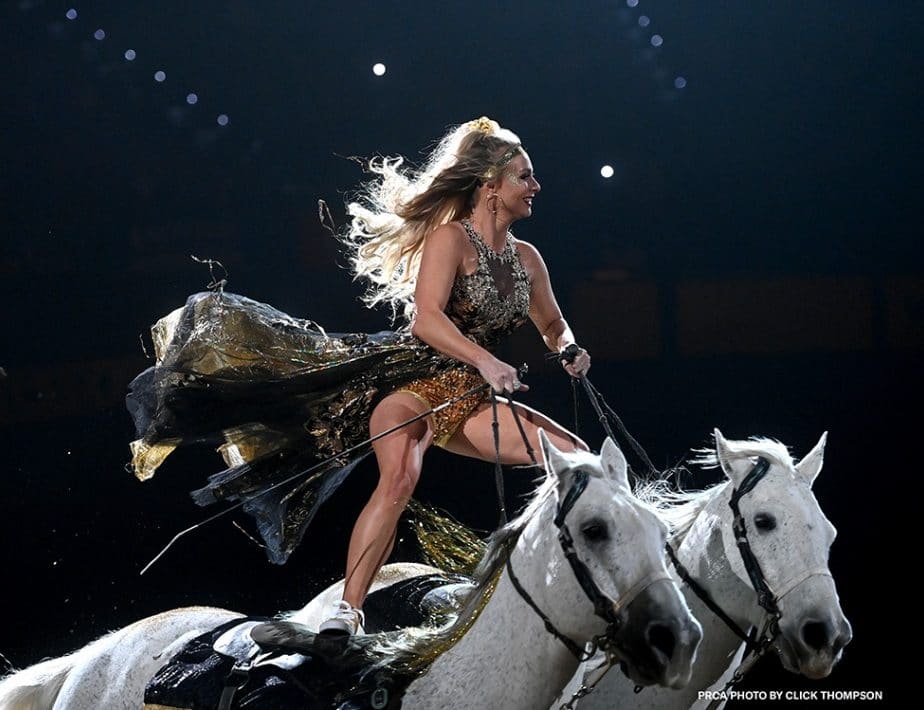 Live lights up the “Neon Desert” Once More 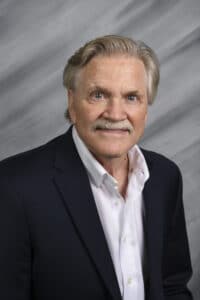 Pat Christenson has been on the Las Vegas scene since 1981. The longtime executive director of Thomas & Mack Center at UNLV and Sam Boyd Stadium is now president of Las Vegas Events, which helps bring signature events like the National Finals Rodeo to southern Nevada. He recently wrote an essay on LinkedIn detailing the history of the NFR and what it has meant to the city’s fortunes. It’s worth checking out and not just to see the vintage photo of the late great Dennis Finfrock. Christenson, by the way, is a former University of Wisconsin wrestling champion, so be advised. Here, he answers some questions from VenuesNow’s James Zoltak on what happens in Vegas.

You’ve seen down business cycles there and of course, 9-11. How tough did things get by comparison and when did it start to turn?

PAT CHRISTENSON: There’s no comparison in Las Vegas’ history to what happened in the pandemic. We totally shut down. That’s as extreme as we’ve ever had it here in Las Vegas and I would say maybe the spring things started to loosen up a little bit more. Once you started to get back into live events without restrictions, things steadily got better. I would say most of the weekend stuff may not be as 100% strong as it was before, but it is close.

Was there a moment in time when you felt, OK, we’re back?

No. My cycle has been: pessimistic for a while, when we got to the point where we couldn’t do anything, then it turned to cautiously optimistic and now I’m optimistic, but I don’t think there has been a time when I didn’t think this could turn another way. So, never had that moment.

National Finals Rodeo is back how are things going with that?

Well, NFR is as strong or probably stronger than it was in 2019. What the NFR has become, it’s more of a country lifestyle festival. We sold out Thomas & Mack for 33 years. There’s 10,000 on a waiting list for that. There are 25 viewing parties up and down the strip. Seventy-two acts are playing over the 12 days here. There is so much to do outside the NFR. For Christmas itself, we do about 250,000 and probably 25% of them come for nothing but shopping. There are two or three times as many people in town without tickets. So, the fact that NFR is doing so well is kind of a major turning point.

Was there any chance of losing NFR completely when it left for Arlington last year?

I hear the Consumer Electronics Show is going to be back in force as well. Residences are returning. Adele announced, and I also saw international flights began returning recently. That’s got to be a huge factor in the recovery. It sounds like an understatement to say things are looking bullish again for Las Vegas.

They are. There’s a sense of optimism. You have this (Omnicron) variant and who knows what’s behind it, but yeah, I think for now, it’s a matter of getting the whole population, our whole country, getting immune as soon as possible.

As far as live entertainment venues go, how important a role do they play in the fortunes of the city and everyone who is doing business there and how important are places like Allegiant Stadium in getting things rolling again?

I wrote a book called Rock Vegas: Live Music Explodes in the Neon Desert (Huntington Press, 2017). It maps the growth of these venues with the growth of live music. It’s really what drove all. Before, you had Thomas & Mack and Sam Boyd Stadium, which for the longest time were the only two major venues. Then you had MGM Grand Garden and Mandalay Bay eventually. The growth of venues is what is really what really has driven live music. So, this last year, if you didn’t have COVID, you were looking at the opening of the stadium and the (MSG) Sphere, almost in the same. You look at the momentum we had going into COVID and it’s just a shame that was interrupted.

Vegas is always at the mercy of the economy. Right now, it somewhat emulates the healthy economy. People have money and when they do, you know, Vegas is a discretionary spending decision, so for now the economy is good, according to people coming to Vegas.

What about labor shortages? Has that been an issue?

Oh yeah, you see it here and there, but I give it to the hotels and everybody (because) for the most part they’ve been able to adjust.

Was there a lot of cooperation between the private and public sectors through the pandemic and trying to figure out ways to cope with the situation?

I’m real proud of Vegas. We put together a group, it was called the Vegas Events COVID-19 Committee. It was 50 different events, properties, venues that got on a weekly call. Russ Simons was our connection with the reality of what was going on out there. We had an attorney on there. What it was, was getting a weekly report on where COVID was and then we set up a standard set of guidelines for reopening. If there was a positive in COVID, in the whole thing, it was (that) it brought a lot of us closer together. A lot of the venues. I mean it was Live Nation, AEG, Oak View Group (owner of VenuesNow). They weren’t competitors on this weekly call. It was a city working together.

These are entities that are typically fairly fierce competitors.

Sure. Everybody is, but this was really a wide-open conversation weekly, everybody sharing what they were (doing). First of all, we got some expert advice and then everybody shared how they were going to go about reopening.

Any other events that you’ve helped to bring in that are helping in the recovery that you care to mention?

Well, NFR, that was the big one. We ended up doing the NBA Summer League again. USA Basketball training camp. We had like four or five exhibition games. A lot of events that LVE is involved with are back. The only one of ours that’s full strength is the NFR, but we have the Rock ‘n’ Roll (Las Vegas) Marathon (Feb. 27), they’ll probably have 40-45,000 on the strip. By the beginning of ‘22 all of our events will be full strength. The Rock ‘n’ Roll Marathon is real interesting. They kind of revitalized their event. They’re not going to do a whole marathon, just the half. The 5K downtown includes a major music component at the Downtown Events Center. That will be back at full strength. Conference basketball championships, we’ve got four of those (the PAC-12, West Coast, Mountain West and Western Athletic conference) and expect those to be full in the spring. The NBA Summer League. But again, we’re still at the mercy of this variant. If we stay status quo, we can get by. If we can stamp the thing out, then everything will get back to normal. If we stay on this trajectory and reduce this to where it is nominal, then all of those events are gonna be back and strong as ever.