VenuesNow Conference Kicks Off With Focus On Vision, Long-Term Thinking 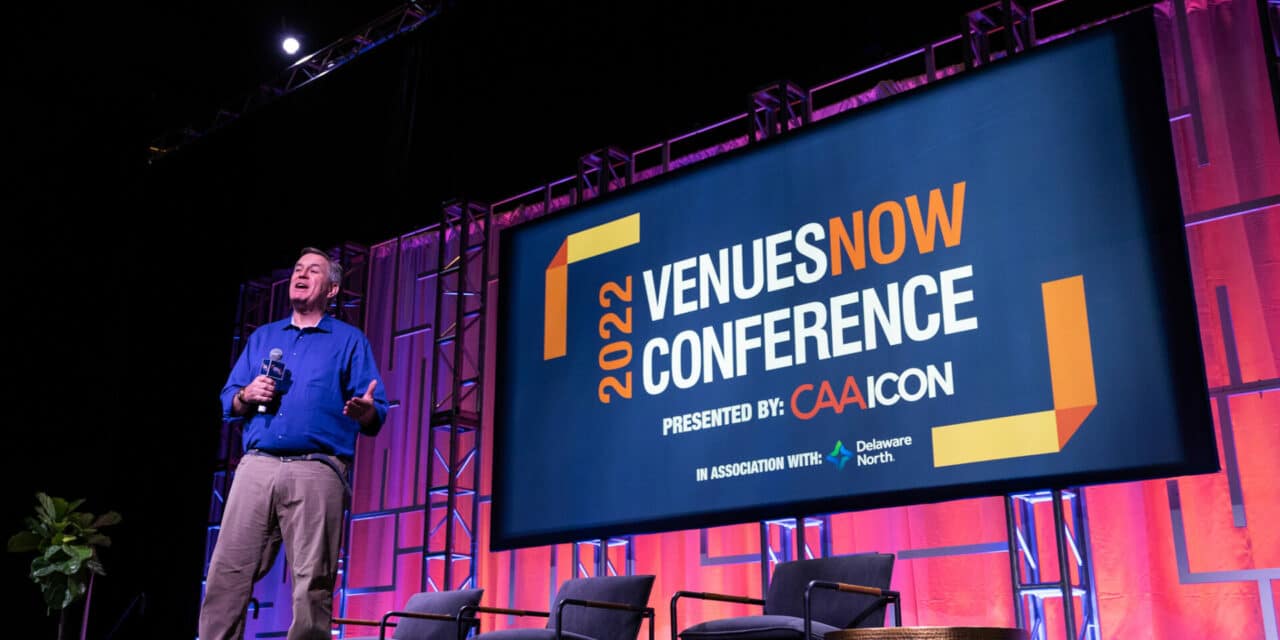 Leiweke: Look Past The Trials And Tribulations

VenuesNow Conference kicked off in Austin Wednesday afternoon with an acknowledgement of the resolve of the industry for overcoming the difficulties of the past couple of years but, more pointedly, the need to look at at the big picture and the long-term rather than trying to predict or complain about current difficulties.

“We don’t look at the next year, and worry about what’s going to happen,” Oak View Group CEO Tim Leiweke said during opening remarks at VenuesNow Conference, which takes place at the Austin Convention Center Oct. 5-7. “We have to see the next three to four years down the road. That’s the business you and I are in. It’s about having enough vision to look past the trials and tribulations.”

Leiweke marveled at the continued major development that continues across the industry, including the $5.5 billion SoFi Stadium in Los Angeles and more than $2 billion going into Intuit Dome, future home of the Los Angeles Clippers.

“Despite economic headwinds, COVID and their economic impact, we see the future, we plan to the future and we’re not afraid of whatever it is that is headed our way,” Leiweke added, mentioning a banner year for Live Nation as a barometer for the greater live industry and successes at OVG’s arena projects in UBS Arena in New York, Moody Center in Austin and Climate Pledge Arena in Seattle.

“This conference is a good indication of the vision and determination of our industry,” he said, calling this year’s VenuesNow Conference the largest event of its kind to ever take place.

The theme of long-term vision continued with a demonstration from Patriot One Technologies CEO Peter Evans, whose company today announced a partnership with Oak View Group to employ the company’s SmartGateway system to increase safety and security while enhancing the fan experience.

Evans noted the widespread use of digital technology in communication and financial transactions, while employing relative stone age technology for crowd control and security screening at major entertainment events.

“This is based on technology that was built about 50 years ago to solve a problem in prisons,” Evans said of the typical metal detection process taking place at sports and music events. “This type of screening was used to solve problems at prisons. This was not designed for masses of individuals  who have an expectation of spending hundreds of dollars to go to an entertainment experience.”

Evans showed slides demonstrating that with the SmartGateway system, fewer staff can lead to drastically shorter wait times for event-goers while improving the customer experience.

“Just like we saw in telecom, just like we saw in banking and how we saw in how we communicate with Zoom, exponential scale delivered by software allows you to have significantly higher level of security while getting a better experience,” Evans said.