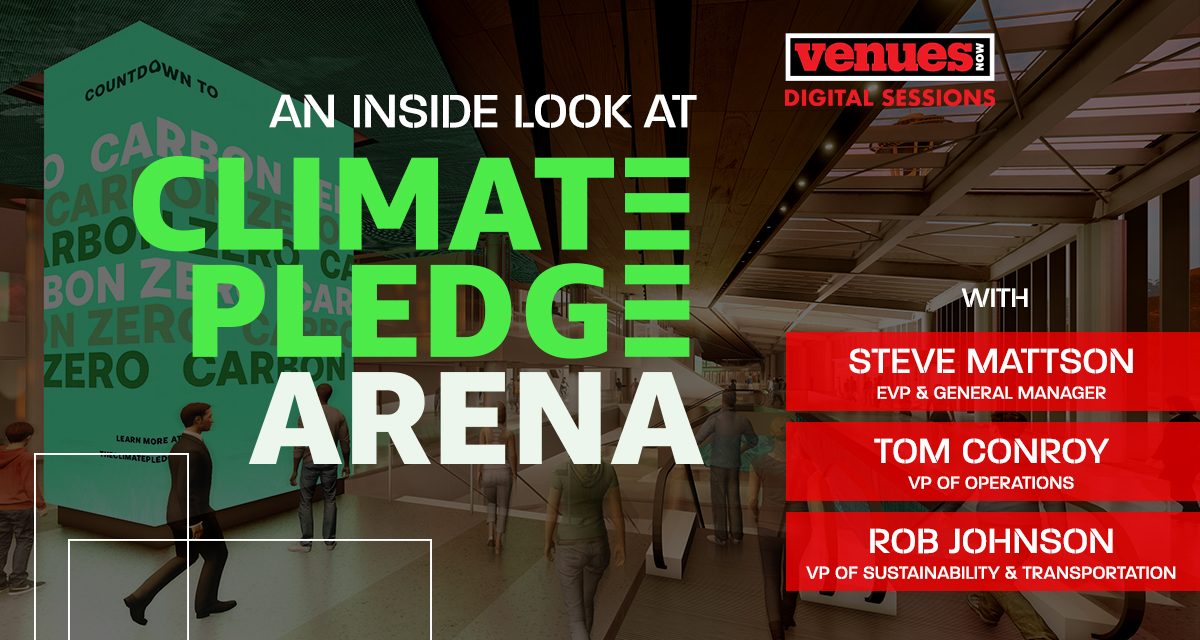 Three executives from Climate Pledge Arena sat down Tuesday with VenuesNow to talk about how the Seattle venue is pointed toward the milestone of becoming the first carbon neutral arena, powered 100% by renewable electricity. General Manger Steve Mattson; Tom Conroy, vice president of operations; and Rob Johnson, vice president of sustainability and transportation, spoke to Senior Editor Don Muret about the many pieces of the puzzle required to create a net zero carbon facility. The arena took on its name June 25 when it was announced that Seattle-based online retail giant Amazon had bought the naming rights, tying them to an agreement it signed in 2019 with activist group Global Optimism to push for corporate America to achieve net zero carbon by 2040. Separately, Amazon announced The Climate Pledge Fund, a $2 billion venture capital fund it has launched to invest in clean energy. “What an amazing opportunity for […]
To access this post, you must purchase Subscribe to VenuesNow – 1 Year, Subscribe to VenuesNow – 2 Years or Subscribe to VenuesNow – 3 Years. If you are already a member of VenuesNow, please login here: log in