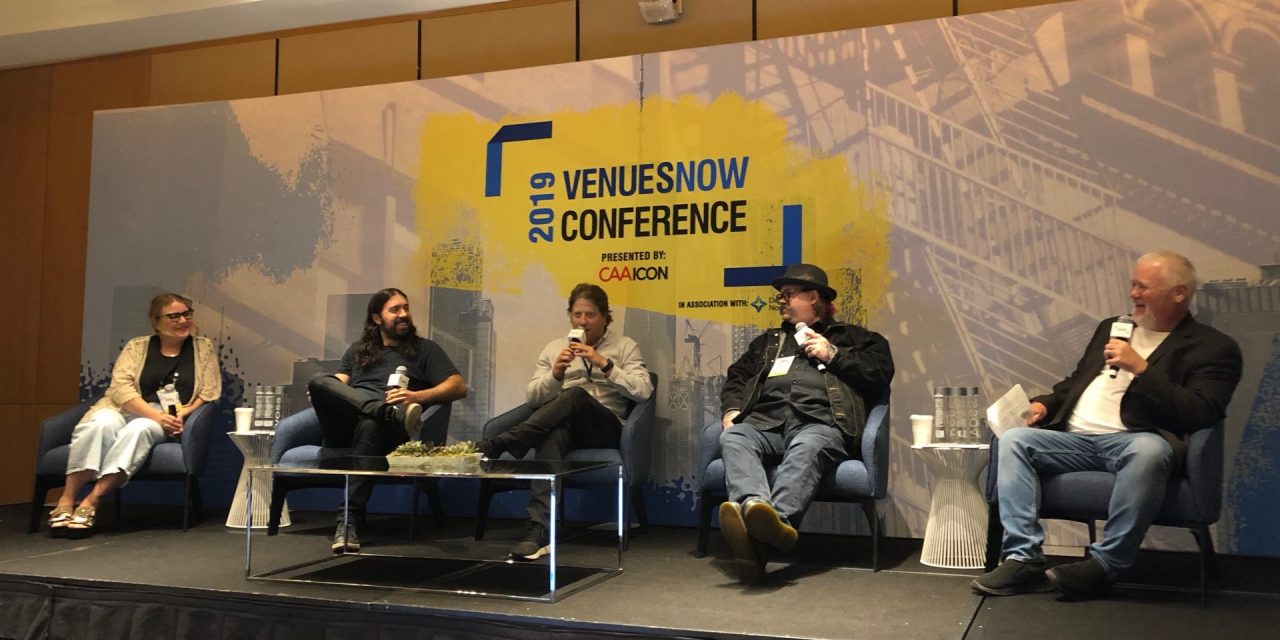 While much of the VenuesNow Conference focused on arenas and stadiums and the aspects that govern them, such as infrastructure, concessions, and fan experience, one illuminating panel, “Clubs Of New York: The Competitive Landscape in a Microcosm,” thoroughly analyzed the smaller scale.

The governing theme of the panel was the extent to which major promoters Live Nation and AEG, the latter of which partnered with Bowery Presents in early 2017, have become players at the club and theater level, and how the strategies of those companies have impacted independent promoters such as Shapiro, who operates Brooklyn Bowl and the Capitol Theatre, located just north of the city in Port Chester, N.Y.

Asked by Waddell if these deals have prevented him from bookings he wanted, Shapiro bluntly responded, “Yes.”

But for artists – who all members of the panel repeatedly emphasized were their top priority, even beyond securing coveted bookings for their respective venues – these national tours are often advantageous.

“When it comes to the tour deals in the club and theater size, there’s an amazing amount of marketing that happens in the local markets from local promoters,” Striegel said. “But when you add the national marketing on top, that’s what kicks it into overdrive. That’s where that extra exposure happens. The appearance of the tour is 10 times bigger than it ever was.”

Shapiro concurred: “I wish I could say something more indie-friendly, but a national tour booking for a club band has got benefits.”

Striegel and Moore also dispelled the myth that their respective companies don’t foster artists careers over the longterm, with James backing them up from the agent side of the equation.

“That’s the Bowery business model,” Moore said. “We’ve tried to build clubs at every level so that we can keep the relationships, and when we do work with an artist early on in development and put the time and work into it, that we can continue working with them.”

Striegel echoed the sentiment, citing Live Nation’s Ones To Watch series, where the company provides financial and touring support for emerging acts. “We do invest in artists,” he said. “I don’t know if you want to call it a cradle to the grave, but we do get behind artists from the very inception of their career.”

As the touring ecosystem evolves, that’s impacted the space venues occupy in the city’s live landscape. Shapiro cut his teeth operating jam haven Wetlands in the ’90s, and through Live Nation, Striegel oversees Mercury Lounge, which was the epicenter of the rock revival in the early ’00s. While few specific venues hold that degree of the cultural clout in New York today – though Shapiro said Williamsburg’s Baby’s All Right might come close – a room’s character is still crucial, and can help to develop customer loyalty outside of the specific acts it books.

“You couldn’t have put out a better press release for your venue opening than that booking,” she said.

Establishing unique character has been crucial to Shapiro’s model, and helps to explain why he remains competitive even as Live Nation and AEG, through Bowery, each stage several shows a night. At Brooklyn Bowl, for instance, Shapiro has integrated bowling and gourmet food with music, providing additional revenue streams that help him keep ticket prices lower than other similarly sized rooms. Those lower prices help draw in casual fans, reliably filling the room and exposing artists to new audiences at the same time.

That’s a double-edged sword, of course. Shapiro admitted that some artists don’t want ticket prices to dip so low – even if their cut remains the same – because it devalues them in the market.

And even if Shapiro can offer artists appealing deals at the Bowl or the Cap, he lacks the arsenal of differently sized local venues, national venue networks, and even affiliated festivals that Live Nation and AEG can sweeten deals with.

“We fight for every single show,” Moore said. “There’s competition for every show every night. Money makes a big difference, but there’s also what else you can deliver on top of the money – the marketing, and how you’re going to position that.”

“Even though we compete, we’re still friends,” Shapiro said. “We do what’s best for the band.”

Moore shared the sentiment: “We don’t want to put a band in the wrong situation.”