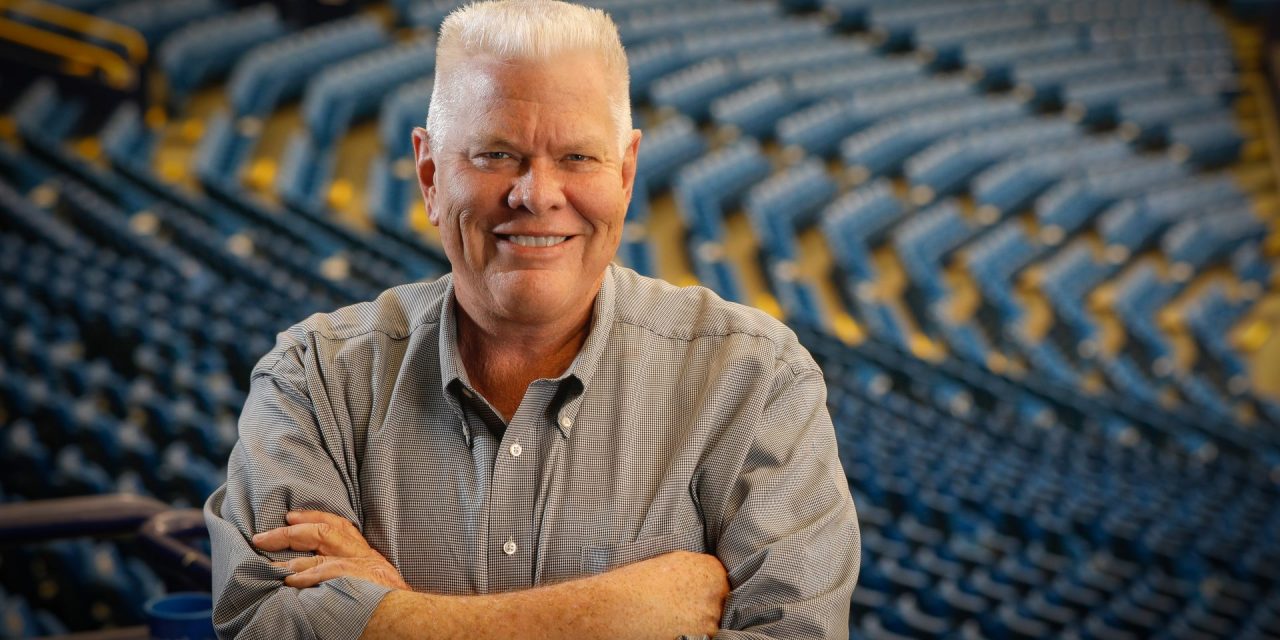 USFL teams did everything they could to draw fans, and the Bandits were no exception. Their ownership group included movie producer John Bassett and actor Burt Reynolds, and Steve Spurrier, no stranger to self-promotion, was the head coach.

“John Bassett was always coming up with crazy ideas, which would put Rick in a tricky position trying to represent the stadium with liability issues and all that stuff,” McVay said.

Most of the time, those crazy ideas worked, along with Spurrier’s pass-happy brand of “Bandit Ball.” Tampa Bay led the USFL in total attendance over its three years of existence, averaging 43,000 a game, according to a story in the Tampa Bay Times after Reynolds died in 2018.

During one game in their first season in 1983, the Bandits gave away seven automobiles in conjunction with Dodge, a team sponsor. At halftime, they drew seven winners, “all jumping up and down” in the stands after their names were announced, McVay said.

After the game, McVay and Nafe were in the bowels of the stadium making sure they had the correct names and cars identified, but there was one problem. They only counted six Dodges. One vehicle had disappeared after leaving the field at halftime.

“We had handlers for the cars, which were out on the field; we did the drawing and the cars leave the field,” McVay said. “We’re standing there and Rick was trying to sort it out with us and the police show up. They ask us if there were any eyewitnesses. I said, ‘Yeah, 48,000 people.’ “

“We still don’t know where the car is; never found it,” he said, laughing. “We blamed Rick, it was his responsibility. He was running the stadium.”

Thrown: How a Montana ranch visit became an SMA legend

Bill Lester shares a distinction with Rick Nafe. They’re the only two stadium managers to have played host to a Super Bowl, Final Four and World Series at the same venue they managed.

For Lester, the feat occurred at the old Metrodome in Minneapolis. Nafe accomplished the hat trick at Tropicana Field in St. Petersburg.

Years ago, they shared a horseback ride up a Montana mountain during a summer meeting of the Stadium Managers Association, a trade group in which Nafe has been among the leaders for 30 years. For Nafe, it was an eventful ride that became a 10-gallon cowboy tale over time, Lester said.

“A friend of mine had a ranch and they catered events,” he said. “We talked Rick and Larry Staverman (who ran old Cleveland Municipal Stadium and died in 2007), two fairly good-sized fellas, into riding horses to the foothills, where we had an outdoor steak fry.”

One small detail: Nafe had never ridden a horse and his first experience in the saddle didn’t last that long before he was on the ground.

“I’ll be darned if Rick didn’t fall off the horse,” Lester said. “He kind of slid off, but the way Rick tells the story, it was as if he was riding a Brahma bull or something. It became part of the culture, history and tradition of SMA to tell that story: ‘One more time.’

“When I told the rancher that Rick described it as being thrown off, he said, ‘That’s not thrown off.’ The hardest part was getting him back on the horse. The way Rick tells it, he was the second coming of (rodeo champion and early film actor) Hoot Gibson.” — Don Muret

The Art of the Deal With George Steinbrenner

Rick Nafe, a lifelong New York Yankees fan, got to work with George Steinbrenner in the development of the team’s new spring training facility in Tampa in the mid-1990s. The Tampa Sports Authority owns the ballpark, which was renamed Steinbrenner Field in 2008 to honor the controversial Yankees owner, who died two years later.

Nafe and Steinbrenner became good friends to the point that Nafe sought Steinbrenner’s advice on the job offer he got from Vince Naimoli to run Tropicana Field, home of Major League Baseball’s expansion Tampa Bay team. Naimoli, the club’s original owner, needed an experienced facility manager to renovate the St. Petersburg stadium to meet the needs of an MLB team.

Nafe had the qualifications. At the time, he was on the front end of developing new sports venues in Tampa for the NFL’s Buccaneers and the NHL’s Lightning, in addition to the Yankees’ spring training complex.

Steinbrenner: “‘You’re not going to take it, are you?”

Steinbrenner: “You should ask for (a greater) amount of money.”

Nafe: “You would have paid me (that) amount of money to run Yankee Stadium?”

Nafe took the job with the Rays in October 1996 as vice president of operations/facilities. He retired in February 2019.

“I loved George and miss him so much,” Nafe said. “He was a delight to deal with, as far as I was concerned.” — Don Muret

For more on Rick Nafe click here or see the Decenmber issue of VenuesNow.