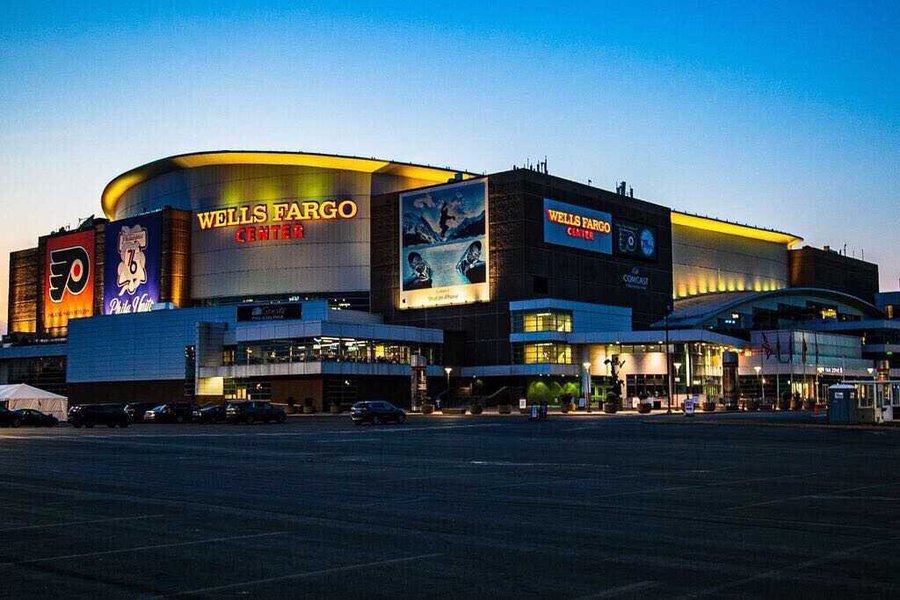 Officials at Shift4, the new payments processor at Wells Fargo Center in Philadelphia, home of the NHL Flyers and NBA 76ers, are keen for the exposure the company will get at the venue, especially in the  Shift4 Club, formerly the Center City Club.

Financial terms of the deal were not disclosed. Anthony Perez, Shift4’s head of enterprise, and Mike Shane, chief business officer with the Philadelphia Flyers and Wells Fargo Center, said  it’s a multi-year partnership.

Shift4, based in Allentown, Pennsylvania, will process payments for ticketing, concessions and retail at the 19,500-seat arena. Ticketing transactions will be processed through an integration with Paciolan, the facility’s ticketing provider. Aramark runs food service at the arena.

As part of the agreement, Shift4 becomes the official payment processor for Wells Fargo Center and the Philadelphia Flyers and also assumes naming rights for the Center City Club, which opened prior to the 2019-20 NHL season, tied to some of the best seats in the house.

“Competition is stiff out there,” Perez said. “There are not a ton of venues within sports and entertainment generally speaking, and there are even fewer of the caliber of Wells Fargo Center. They probably have a lot of people knocking on their doors every day looking to work with them.”

It was unclear how many other vendors competed for the account. Shane declined to discuss the process except to say that the Flyers did their due diligence and selected a local partner focused on using technology to improve the fan experience.

“Shift4 was the perfect intersection of those two factors,” Shane said. 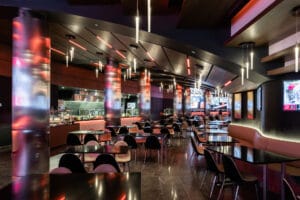 EXCLUSIVE: The Center City Club at Wells Fargo Center will be rebranded as the Shift4 Club. (Courtesy Venue)

“As you can imagine, there are a lot of decision makers in that club and the types of people that Shift4 wants to be in front of,” Shane said. “We want to be a showcase venue for them and the fact that they are headquartered up the road and can bring their clients, and prospects in and see the technology first-hand is going to make it all the more valuable for them.”

“It was a lengthy process, a lot of collaboration,” Perez said of the months of coordination and negotiation that led to the deal. “There were a bunch of stakeholders, so there are various evaluations by tech partners of the Wells Fargo Center and the Flyers. There was a lot to do to make sure everybody felt good, that we were checking all the boxes and this was going to be a mutual win.”

The partnership will consolidate services that had been handled by multiple providers previously.

In March of 2021, Shift4 acquired VenueNext for $72 million in cash and stock. Previously, the company signed a deal with the NFL Las Vegas Raiders to process payments at Allegiant Stadium.

VenueNext got its start in 2014 at Levi’s Stadium, home of the NFL San Francisco 49ers.

“That was part of a big strategic move to grow (Shift4’s) footprint in sports and entertainment,” Perez said of the VenueNext acquisition. “Since then, we’ve had a ton of success. The combined value proposition of our own solutions bundled with integrated payments has been compelling. We cite that we’re in more than 100 venues with our commerce and payments solutions.”

Perez said there is still plenty of opportunity on the pro and collegiate level as well as international business.

“A couple of months ago, we announced an acquisition of a payments company in Europe (Finaro) which opens up another part of the world for us,” he said. “We are not stopping there. Our vision is to be able to solve payment pain points across the globe.”

The accelerated shift to contactless solutions has been to Shift4’s advantage as payment methods such as Apple Pay and Google Pay grow within the general population, he said.

The Shift4 Club activation will give the company greater visibility, Perez said.

“Elevating our brand awareness is important to us and Wells Fargo Center is one of the best places to do that,” he said. “We’ve got an anchor venue out west with the Raiders and now we have an anchor venue on the East Coast.”