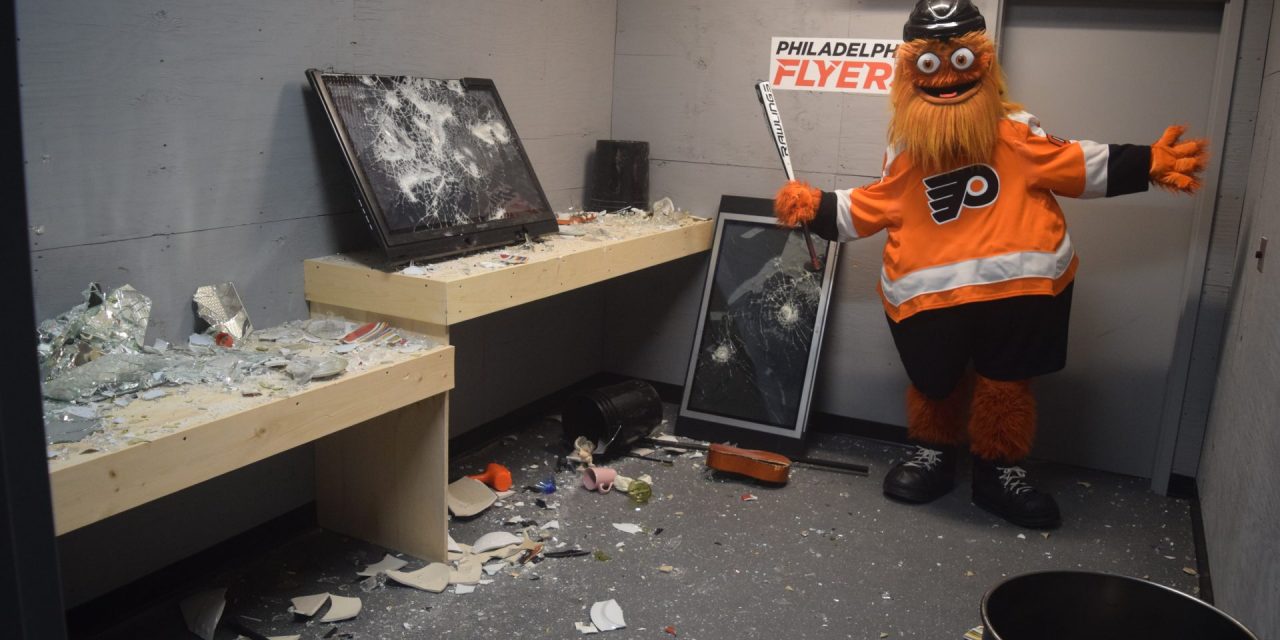 Gritty, the mascot of the Philadelphia Flyers, after a smashing session in Wells Fargo Center’s new Disassembly Room. (Courtesy Philadelphia Flyers) Fans can break things and get away with it at Wells Fargo Center in Philadelphia Got rage? Wells Fargo Center in Philadelphia has got your back. As of Oct. 9, when the Philadelphia Flyers played their first home game of the season, fans can sign up to whack a TV, break some dishes and generally destroy things in the venue’s new rage room called The Disassembly Room. “We were trying to come up with a social club that appeals to millennials,” said Valerie Camillo, president of business operations for the Flyers and the venue. “And I looked around the room and everyone was over 40 years old, none of us were hip or cool, most had kids, and none of us go out anymore.” The group had assembled to […]
To access this post, you must purchase Subscribe to VenuesNow – 1 Year, Subscribe to VenuesNow – 2 Years or Subscribe to VenuesNow – 3 Years. If you are already a member of VenuesNow, please login here: log in