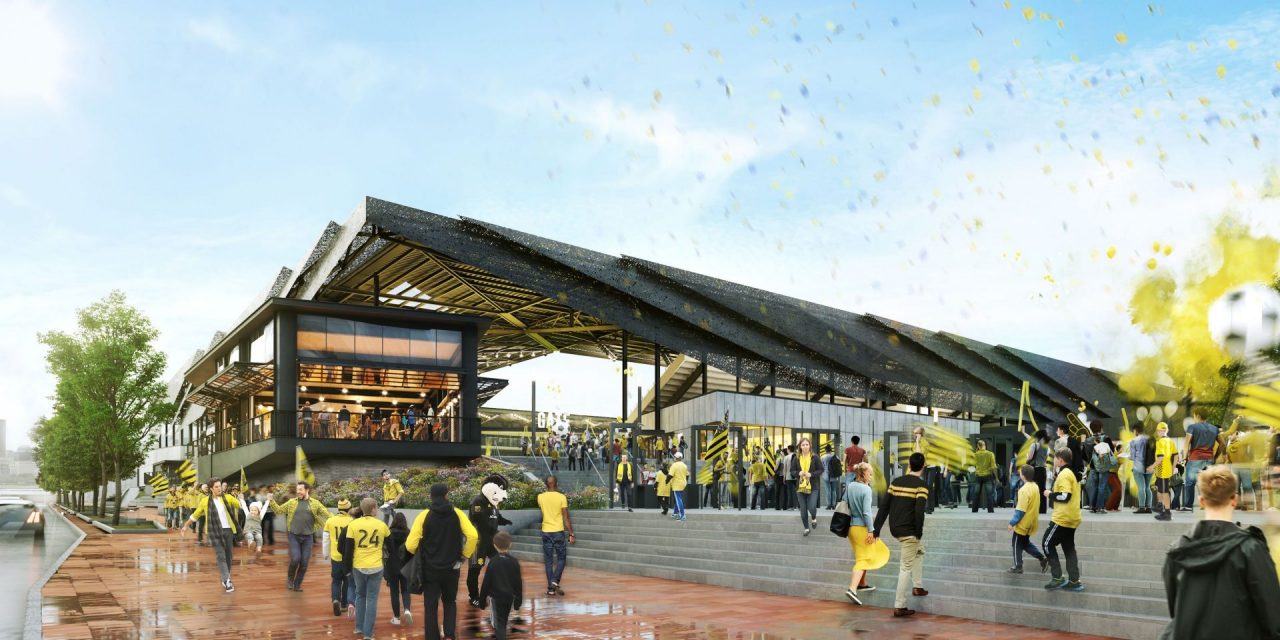 A rendering shows the Columbus Crew’s new stadium and its 40,000-square-foot exterior plaza. (Courtesy HNTB) MLS team looks to provide variety of options at new stadium Major League Soccer’s second generation of soccer-specific stadiums in Columbus, Ohio, will introduce some new premium seat products to the league and get back to the basics of roof canopy design, project architects said. The Columbus Crew, co-owned by the Haslam family, owner of the NFL’s Cleveland Browns, and orthopedic surgeon Pete Edwards, the Crew’s former team doctor, broke ground last week on a $300 million stadium on the west end of the Arena District.  Designed by HNTB, the new facility replaces Mapfre Stadium, the league’s first soccer-specific facility and the Crew’s home since 1999. The mix of premium seats is still in flux, but the number of club seats will surpass 2,300, higher than at recent MLS stadiums built in Los Angeles, Minnesota, […]
To access this post, you must purchase Subscribe to VenuesNow – 1 Year, Subscribe to VenuesNow – 2 Years or Subscribe to VenuesNow – 3 Years. If you are already a member of VenuesNow, please login here: log in