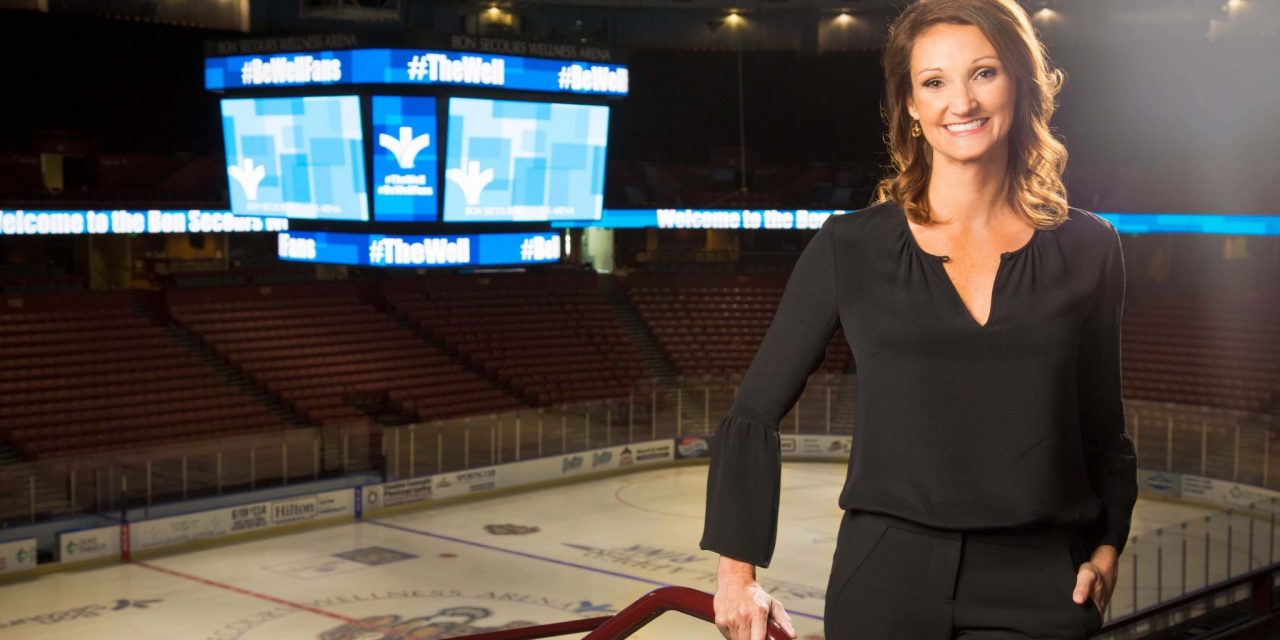 Beth Paul’s efforts to connect with Greenville, S.C., have helped her arena thrive

Giving back to the community and creating a more inclusive environment for those with special needs are only a couple of Beth Paul’s accomplishments as general manager of Bon Secours Wellness Arena for the past five years.

Initiatives such as those aren’t just feel-good stories — they can also affect the bottom line. Paul helped double the operating profit of the Greenville, S.C., arena in 2017 and continued growing it after that.

“The venue financially has improved tremendously. I would suggest that we’ve had a pretty solid plan in place for the last three years,” said Paul, who graduated from Presbyterian College in Clinton, S.C., with a degree in accounting. “We’ve been really engaged in the community as more than just a place to come enjoy live entertainment.”

Paul and her team started a campaign to extend their reach in the community. It’s called STAGE, or Serving Together: Arena’s Giving Experience. “Under this umbrella is where we thrive,” she said. 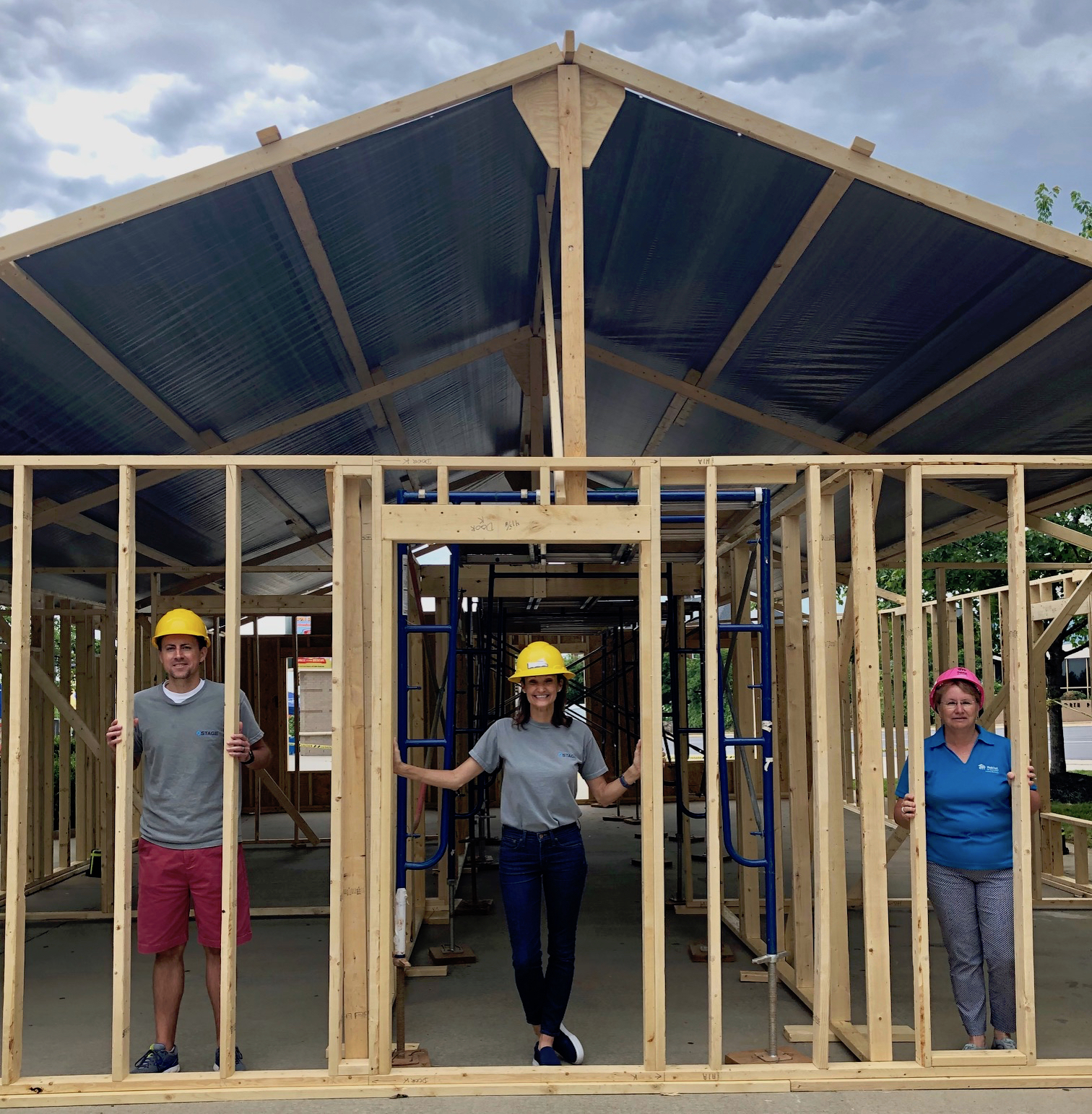 In its latest collaboration with Habitat for Humanity, Paul and employees at the arena spent a week in April building the frame of a house on the venue’s property before the frame was moved to its permanent location in Greenville County. It became a home for a single mom and her two children.

The venue’s food and beverage partner, Centerplate, also donates food monthly to Loaves & Fishes, a nonprofit that works to reduce hunger in Greenville County by taking surplus food from businesses and distributing it to families in need. Since July 2018, the arena and Centerplate have donated more than 5,200 pounds of prepared and nonperishable food to Loaves & Fishes. Loaves & Fishes rescues surplus prepared food after arena events and delivers it to its 94 partner agencies, including single meal providers, soup kitchens, nonprofit child care centers, shelters, group homes, low-income senior housing and community centers.

Additionally, the arena opened a sensory suite in March that has bean bags, calming sensory accessories and a de-escalation space for those who have sensory sensitivity issues or autism.

The arena created its sensory room from research and received help from area nonprofits that work with autistic individuals. Paul worked with the Project Hope Foundation to give her staff sensory training after a mother called saying her autistic child couldn’t participate in a public ice skating session because all the people and noises proved overwhelming.

Paul and her staff created Skate, Roll and Stroll so families with disabled members could skate on the ice with wheelchairs or walkers. They also have a sled that pulls guests across the ice.

Before opening the sensory suite this year, the venue began offering Friendly Access Sensory Safety Kits in 2017 with sound-dampening headphones and fidget toys.

“We’re really excited about being able to make a real tangible difference in this community and merging these needs in live entertainment,” Paul said.

Employees at the arena take pride in their efforts to give back, said Joe Dolan, the assistant general manager. “Those things are extremely rewarding,” he said.

“She’s extremely driven and very focused. Beth has a great ability to create a vision” and see what must be done to make it happen, Dolan said. “Almost everything we talked about three to five years ago is done. On a personal level, she’s tremendous to work with. She’s great with our staff.”

Paul also has showed her staff how to secure long-term revenue. Dolan has watched Paul find community partners and support through selling sponsorships to the arena’s suites and other areas.

“We have a lot of local sponsorships. Our box office is sponsored by the airport,” he said. Entegra Bank sponsors the arena’s main entrance.

“Beth really went out and got the support of the community,” Dolan said, highlighting that those efforts help the building’s profitability. “When opportunities are presented, she is quick to grab those opportunities for the building. She doesn’t just wait for things to come to us.”

For instance, she was instrumental in bringing the NCAA Women’s Basketball Tournament to the venue.

“She is always on the phone, talking to agents, talking to promoters. She really makes sure she’s fighting for our building,” Dolan said.

“We are our own entity, we don’t have a management company or anything like that. She’s the one who has to go out and fight for us, puts us in the minds of promoters and agents,” Dolan said. “All those things have resulted in our turnaround and allowed us the success we’ve had in the last three to five years, and this year being our best.”

The camaraderie at the venue is unlike any other place that Dolan has worked, and he feels grateful to work in such a great environment.

“A lot of us have worked at buildings that bring tremendous shows, but for us, we work with a tremendous sense of pride. It’s important for us to treat our co-workers and our guests with respect and inclusion,” Dolan said. “She’s very encouraging. She hires people and lets them do their job.”

When she’s not at work, she’s usually at one of her two kids’ sporting events. She and her husband, Andy, have a daughter, Birdie, 11, and a son, Marshall, 10.

“They’re my best ambassadors,” Paul said. “One of the highlights of my career is hearing those two talk about what mom does. Women can do anything they can set their mind to, and it’s so important to have that relationship with my children.”

Paul’s children motivate her and root for her. Dolan admires her dual role as a mom and general manager of a large venue.

“There’s a lot of times how you wonder if there’s more than one of her,” he said.

Paul has advice for others working toward a successful career in the venue business: “Be open-minded. You can’t go into a job thinking this is my job description, and I’m going to stick with it. Sometimes you have to go out of your lane to help others. Don’t hyper-focus so much on learning one skill, especially in this business.”