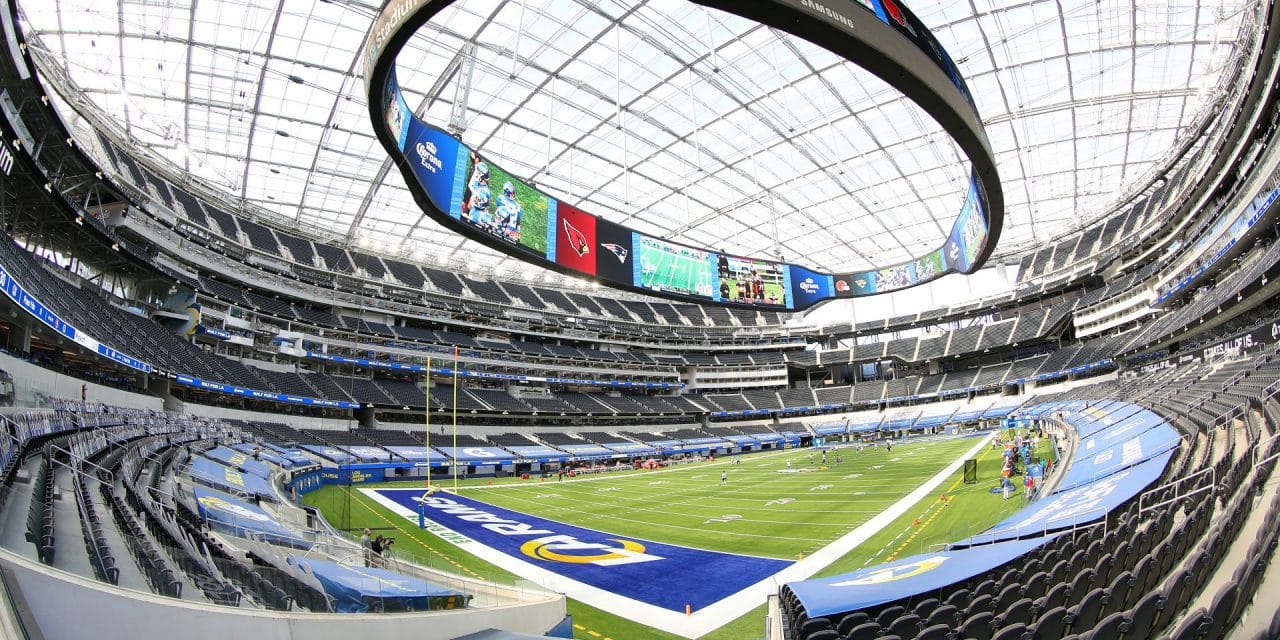 SOFI SCORES: SoFi Stadium’s center-hung videoboard commands attention during Los Angeles Rams and Chargers games. (Getty Images) The crowds will come later, but these stadiums are making their mark  The two most expensive stadiums in the world opened in 2020 to muted applause, underscoring the pandemic’s devastating effect on the sports and entertainment industry. SoFi Stadium, at cost of $5 billion, and Allegiant Stadium, a $2 billion facility, represent the future of NFL stadium design with starkly different looks. What they both shared, though, was playing games in empty venues.  Fans were not allowed to attend Rams, Chargers and Raiders games. In Southern California, state and local requirements prevented both Los Angeles NFL squads from hosting fans. In Las Vegas, team owner Mark Davis made the decision to ensure fairness for all of Raider Nation. Overall, both buildings reflect their surroundings on the West Coast.  SoFi Stadium’s swoopy roof canopy […]
To access this post, you must purchase Subscribe to VenuesNow – 1 Year, Subscribe to VenuesNow – 2 Years or Subscribe to VenuesNow – 3 Years. If you are already a member of VenuesNow, please login here: log in