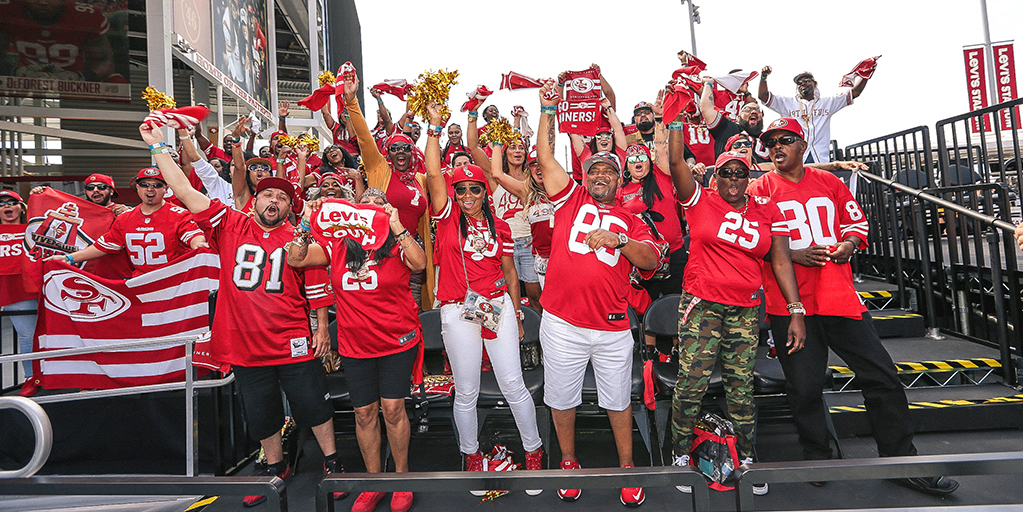 Members of a San Francisco 49ers fan club from Los Angeles filled the new supporters section at Levi’s Stadium on Sunday. (Courtesy San Francisco 49ers X2) Idea drawn from soccer makes debut at Levi’s Stadium The San Francisco 49ers, putting a twist on an idea from Major League Soccer, have formed the Gold Mine, a new supporters section at Levi’s Stadium.  The free-admission space, which made its debut for the Sept. 22 regular-season home opener against the Pittsburgh Steelers, is reserved for the 49ers’ fan clubs, most traveling to the Bay Area from other markets.  The Gold Mine is a section of 45 temporary seats installed on risers set up on the Dignity Health Plaza in the stadium’s southwest corner. For Sunday’s game, a fan club from Los Angeles filled those seats, leading coordinated cheers with support from the team’s iconic foghorn, the drumline and the Gold Rush cheerleaders. The […]
To access this post, you must purchase Subscribe to VenuesNow – 1 Year, Subscribe to VenuesNow – 2 Years or Subscribe to VenuesNow – 3 Years. If you are already a member of VenuesNow, please login here: log in