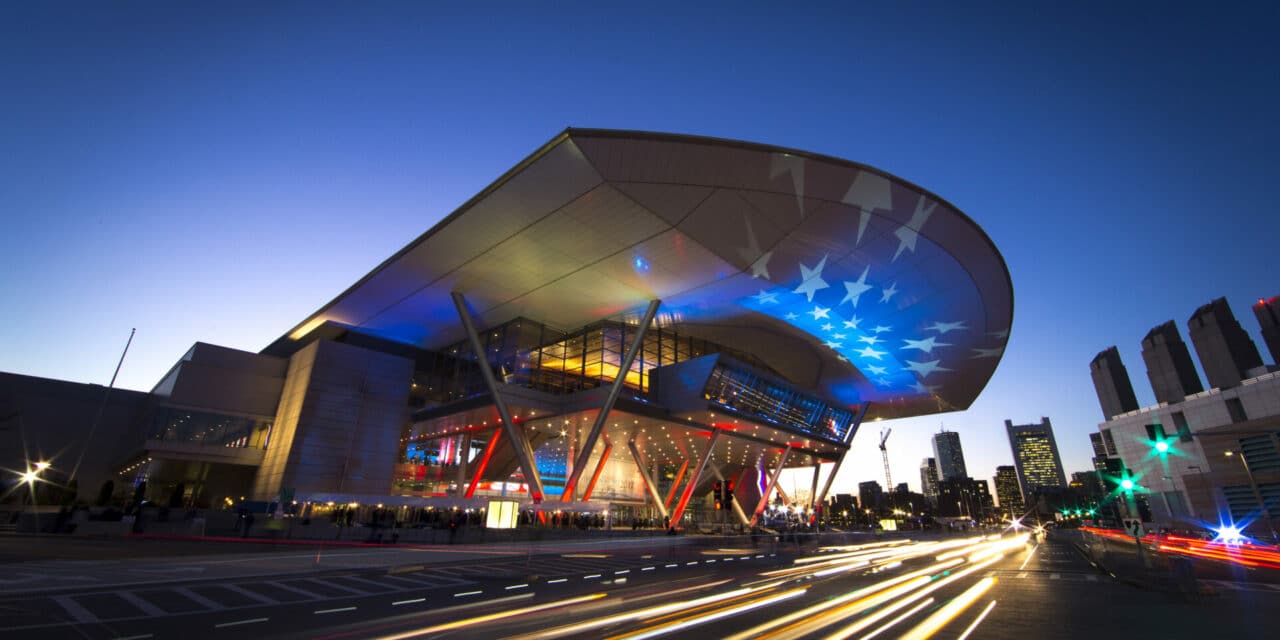 With the worst days of the coronavirus pandemic receding, more convention centers are expected to seek U.S. Department of Homeland Security SAFETY Act awards, and in the Boston Convention & Exhibition Center, the first convention center to achieve the designation, they have a template for navigating the process.

The SAFETY acronym stands for “Support Anti-Terrorism by Fostering Effective Technologies” and the act went into effect in 2007. It gives facilities the opportunity to limit their liability in the event of a terror attack, as long as specific risk mitigation measures are taken and documented.

Officials with the Massachusetts Convention Center Authority, which owns and oversees the operation of the BCEC, had originally sought to achieve SAFETY Act awards for all five of the venues in its purview, which in addition to the MassMutual Center in Springfield, also includes Boston’s John B. Hynes Veterans Memorial Convention Center, The Lawn on D outdoor event space, and the Boston Common Garage, a 1,000-space underground lot that Nate Little, the MCCA’s director of communications and external relations, says kept operations afloat amid the COVID shutdown.

“We sorted that out with DHS,” said Robert Noonan, MCCA’s chief information technology. “Typically, they only give you the designation per location. One of the reasons for that isn’t so much your program per se, but every venue has its own kind of unique vulnerabilities or strengths that have to be factored into what would qualify and what wouldn’t. So, we picked the BCEC which is really kind of the flagship of our five venues. We said, Look, if we can do it here, we can certainly bring it to the other locations, and that’s the one we started with.”

As far as what prompted the MCAA to head down the SAFETY Act path, Little explained that the MCCA is part of the statewide Large Venue Security Task Force, which was commissioned by Governor Charlie Baker in 2018.

“One of our partner venues in that is Gillette Stadium (in Foxboro, home of the NFL’s New England Patriots) and they at the time were in the middle of pursuing the SAFETY Act designation as well, and we got really a front-row seat of what was involved with doing it when they went through it, and we made the commitment at that point, saying this would be really good for us to do as well” he said. “At the same time, the convention industry started to examine the possibility of having convention centers try to pursue it as well. Both things hit at the same time and that’s what started us down that road.”

The process, completed just weeks before the global pandemic gripped the U.S., was extensive, both Little and Noonan said.

“The application from DHS was something like 110 or 112 pages of responses and questions that you would have to go through and look, submitting information that they were requesting,” Noonan said. “We submitted well over 1,000 pages of documentation in relation to that 100-page application. Part of the reason why it took us I would say right around 18 months from start to finish to go through the process is that we were the very first convention center to get that far. Being the first, the DHS had a lot of questions for us. They were inquisitive and kind of used the benchmark of a stadium or arena and how that changed in a convention space.”

One of the major differences for convention centers is that with a wider variety of events, security requirements vary accordingly. 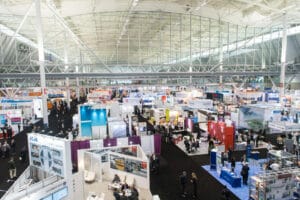 A trade show occupies a hall at the Boston Convention and Exhibition Center, the first to gain a SAFETY Act award. (Courtesy MCCA)

“That really took a long time for DHS to get their head around, how can they ensure that there’s a level of security that matches appropriately the level of activity that’s happening in the venue,”  Noonan said. “What we did was show them the process by which we evaluate the events and how we arrive at what the level of security needs to be based on the activity that’s taking place.”

Noonan said he took multiple trips to Washington, D.C., for meetings with DHS officials, to exchange information about not only the BCEC but the conventions industry at large.

“A lot of our events are booked six or more years out, so we really start the planning process maybe multiple years in advance,” he said.

Noonan said IAVM has made some effort to provide a roadmap for the convention center facilities of various sizes to apply for the SAFETY Act designation and added that he appreciates the motivation as it relates to financial liability relief and is just as appreciative of what it means in terms of “establishing security best practices and security standards throughout our industry.”

“So, the more we can drive toward getting certified or designated is important because what that means is that the level of experience of security no matter if you’re in Boston or Miami, when you’re in the convention business it’s going to be the same and that’s important to protect us all,” he said. “To me, that is the real benefit of getting more venues to get involved and that is really what IAVM was trying to do, to get more convention centers to participate so we could set a better security standard throughout our industry.”

The BCEC blazed a trail for others to follow, Little said of the 18 month journey to the designation.

“It’s not an easy process,” he said. “It takes an enormous amount of work internally, externally and in addition to your regular job to kind of push through and manage this process,” he said. “The fact that we did shows that it can be done and now there’s a roadmap for every convention center in the country, and the world, frankly.”

Anyone who needs help in the process can get it from their colleagues at the MCCA, Little said.

The MCCA availed itself of the expertise of the Winmill Group, one of the leading consultants versed in the SAFETY Act, in putting together its application, which Noonan equated to having strong representation when going before a zoning board.

Noonan said with the industry getting past the worst of the pandemic, more convention centers will complete the process. He noted that he received numerous inquiries throughout the process and within the last month even had a with officials from another facility that’s undertaking the SAFETY Act process.

Some of the advice he gives is to use the gap analysis tool offered on the DHS SAFETY Act website (and adopted by IAVM), which will give an idea of what the feds will ask for and how one’s facility stacks up, he said.

“Do you have a policy and procedure for this, do you have stats on that?” he said. “That was a really good resource for us to use to start the process. I will say this, as you go through the process with DHS, it’s not like you submit it and it’s transactional. You’re going to have multiple conversations with DHS. They will ask questions. They’re going to come in an audit you and read your documents… so you do have to have a good handle on your material and if you don’t have your material, you’re going to have to find a resource to either develop it or work towards it.”

“Homeland Security will come back out and do additional audits, review additional stats and reports,” he said. “This is very much a case of, ‘It’s great that you say it, but you’ve got to prove it every time.’ That could be a barrier for some people to go forward. It is a high standard, DHS takes it extremely seriously and they want it to be like that., but it’s not impossible to do it and though it doesn’t always equate to dollars and cents, it equates to practice, procedure, follow through and documentation. If you’ve got a good practice, it doesn’t matter if you are doing the Super Bowl or a small meeting, if you’ve got a good practice, it’s going to be defensible.”