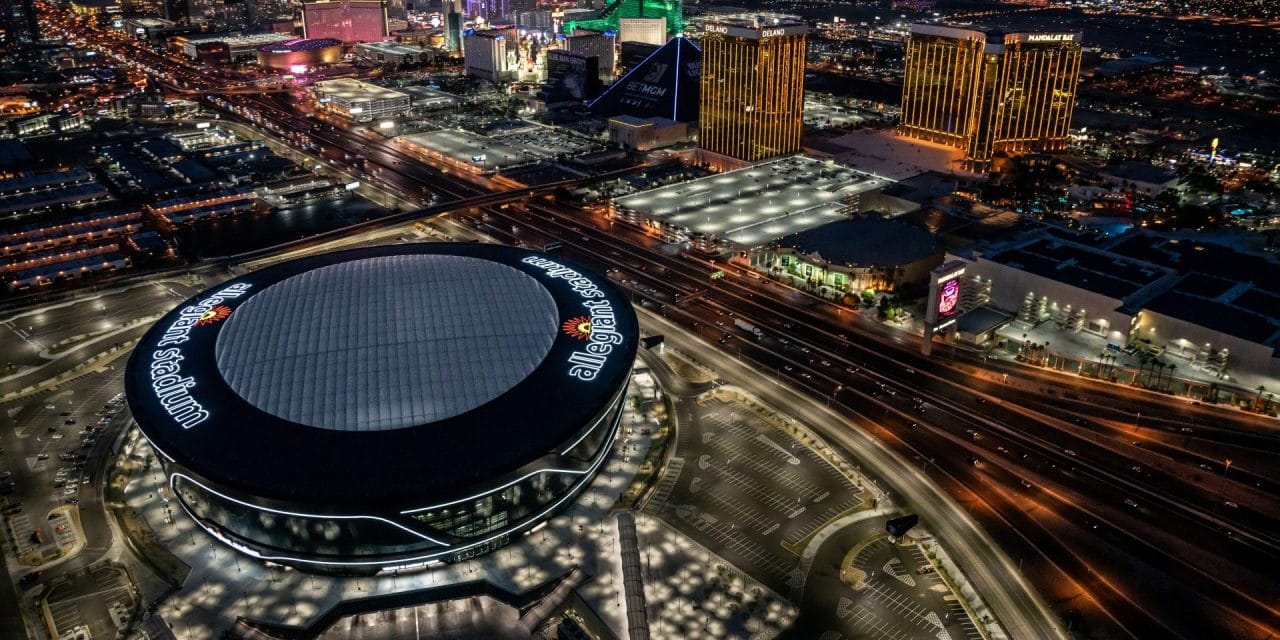 Allegiant Stadium was completed in 2020, but fans had to wait a year to get into games. (Jason O’Rear/HNTB)

In a statement, Davis called all three events “just some of the ancillary benefits resulting from the public-private partnership we created with the state of Nevada to bring the Raiders to Las Vegas and build Allegiant Stadium.”

The 2022 Super Bowl will be at SoFi Stadium in Inglewood, California on Feb. 13, then the big game moves to State Farm Stadium in Glendale, Arizona, home of the Phoenix Cardinals, in 2023. Super Bowl LVIII had been slated for Caesars Superdome, home of the New Orleans Saints, but a conflict with Mardi Gras put the Big Easy on hold until 2025.

In his announcement, Davis called Las Vegas “the sports and entertainment capital of the world” and he isn’t exaggerating. 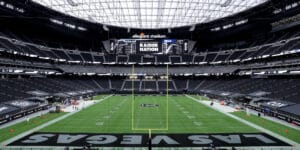 “These different venues and events that they bring in are paramount to what Las Vegas is in terms of being the entertainment capital of the world and the sports capital of the world,” said Fletch Brunelle, vice president of the Las Vegas Convention and Visitors Authority. “When you think about the different shows and some of the others (like) the Colosseum at Caesars Palace, Planet Hollywood with their showroom, the Resorts World showroom, etc., that are 5,000 seats in some cases, Park MGM, they’ve got their theater that was just recently renamed Dolby Live, those venues when we look at all of the things that people think about Las Vegas, it’s all the shows, the excitement, the energy and professional sports has just continued to add to that.”

The sports and entertainment industry has powered Las Vegas through boom times and is fueling recovery after an unprecedented downturn, Brunelle said.

“June of this year was the, OK, we’re now able to have 100% capacity and shows started to reopen and people could go back to stadiums and see games and with the Raiders — thankfully I’m a season ticket holder — being able to go in and see 55,000 people on a weekend or go to a VGK game and see a sold-out T-Mobile, that’s what makes you feel things are coming back.

“A real proof point will be conventions coming back,” Brunelle said. “CES, Jan. 5-8, they have recognized that although in the past they may have had 150-, 160-, 170,000 depending on the year, this one’s going to be a little bit smaller, but they are very excited about it coming back and being live.”

October was the strongest visitation month for Las Vegas since the pandemic began, with about 3.4 million visitors, an increase of 15.5% from September but still down 7% from 2019.

“We still have room to grow. When I talk about occupancy being at 81.6% and people say, isn’t that pretty good? Well, two years ago we were eight points better than that,” he said. “We’re used to running 88% occupancy so that’s where the mid-week business on the meetings side of things becomes critically important for the destination and our hotels.”